What Is Danger Zone?

Danger Zone is a fast-paced battle royale mode for Counter-Strike, with each game lasting around 10 minutes. You are against 15 other players in solo or 17 excluding your teammates in 2v or 3v mode. While gunplay is the same, you have limited ammo and your max health is increased to 120hp rather than the default 100. The game mode also sees the return of the health-shot and a bunch of new items such as breach charges and melee weapons you can throw. 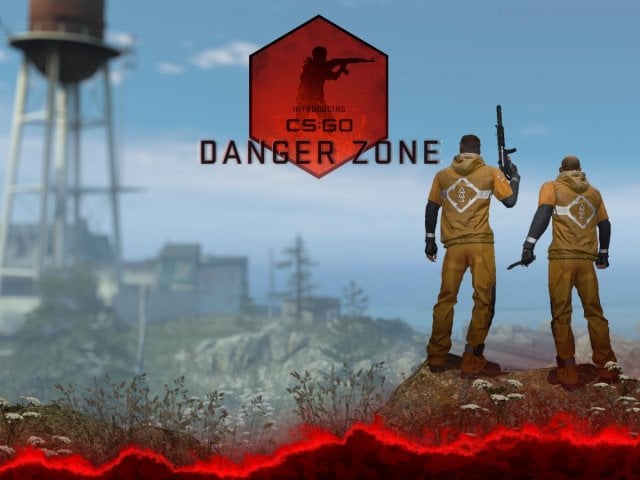 Within Danger Zone you spawn in a selected part of the map where you have to loot stuff, there are 4 ways of getting items. 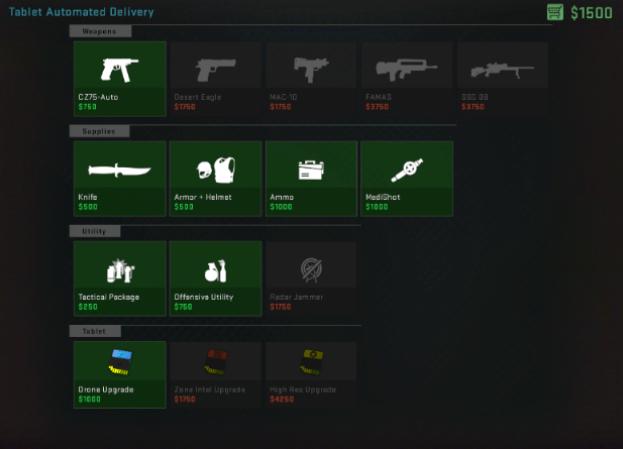 When playing solo you want to try and be prepared for anyone coming from multiple angles, anyone with drone upgrade can see your drone. So while the majority of people are alive avoid buying anything from the tablet, apart from upgrades as they do not deliver a drone, rather you pull out a MicroSD chip or something and install it instantly, because of this try and earn money by exploring, surviving, saving hostages and blowing up safes. While guns function as intended, items have odds of spawning in, and other new/old utility may function diffrently. Notable ones are.

Decoys are now known as diversion grenades and allow you to throw it to simulate footsteps and it also shows presence on the radar, so you can use this in end-game phase (less than 5 people) to allow a grid to light up as someone is in there but there is not.

C4 can be planted anywhere and have a module installed on it which allows you to find the nearest safe. The c4 explosion can open the safe, however you can also hold E on the safe without (or with) a c4 to plant charges on the safe, this isn’t a resource you need but a just a feature of the safe, however it takes 10 seconds, and most safes are in the open so you need to keep an eye on the radar to make sure no one is approaching.

Breach Charges act like C4 in Call Of Duty games where you throw a charge and have a remote detanator, every charge is linked to the item. So if you threw a charge and then threw the remote, and someone picks the remote up, they can set of the charge. You can also pick them back up via the use key. (default: E) Breaches also can open up doors, which cost money to open.

When starting to go near the centre or the outskirts of the map, to prevent engagement early as you don’t want the chance of RNG blessing someone and you getting destroyed by RNG. Give yourself time to prepare and find items. Your aim here is collect money to buy the HI-RES upgrade, you do this by avoiding players and completing objectives. If you are close quaters with someone, who only has a pistol, try and push them with your fists or a melee weapon that isn’t a knife due to the aimpunch they rechieve. You could also bait them out of there bullets.

This starts when there are a few people left, the game also increases the speed in which the danger zone moves in. You might at this point still not have the high-res upgrade, but supply drops will spawn in from the sky, they spawn infrequently so chances are you can go to one with a lack of presence so you can likely get a decent gun from the drop.

After you get the high-res and have a weapon you can attack people, you can buy medishots/ammo via the drone as long as you stay on the move.

The high res upgrade is useful as it shows you pretty much exactly where they are.

Avoid engagement until you have the high-res upgrade, then you stalk them while having the information advantage.

Counter-Strike: Global Offensive – How To Get a New Medal for Service in 2021!

Where to Get the Most XP? The graphic below shows the XP multiplier for a given match, the most profitable is to play tournament matches and arms races. Of course, […]

Having problems finding enough loot on Sirocco? Want to know the best place to land on Jungle? These maps will help you have the best chance at gearing up quickly! […]

Test all the knifes in Counter-Strike: Global Offensive with a few commands, quick and easy. Introduction Those commands works only with sv_cheats “1” You just need to copy and paste […]