The most efficient way of making money in game!

First of all, I would like to mention that this glitch has been live for quite some time, where it has its roots from glitching Pacific Standard heist finale. Surprisingly, it works for any Doomsday finales too yet the one we’ll be focused on is The Bogdan Problem, since it’s the best payout along the difficulty of it and time.

In order to follow the steps of this glitch, you firstly have to own a facility and have the Act 2 finale of Doomsday (The Bogdan Problem) ready on the planning screen.

My guide has been done with only 2 out of 4 players but it can also be done with either 3 or 4. Before you start the finale, be sure the difficulty has been placed on hard for a bigger payout.
After we’re done with the settings and inviting our friends, as we drive towards the Avenger, it’s where the teams has to split in 2 sides:

The submarine team, which is doing their normal course: they have to get into the Stromberg and move to the submarine, making sure they take it slow and won’t die in the process (by doing so you make the life of the air team harder). After you find the contact, be sure you aim towards him so he can give you info about your next step (photograph the center console and plug in Clifford) 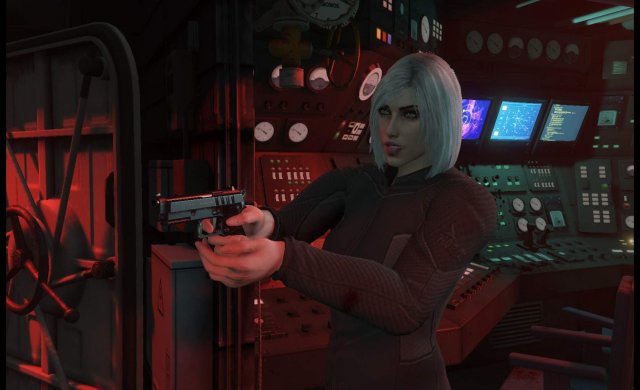 The air support team: is the one that has to deviate from the plan and has to avoid contact with the Avenger or getting any close to it while heading towards the beach; when you reached the beach, be sure you get your hands on a boat by calling either pegasus or merryweather and kill the person that’s sailing it. 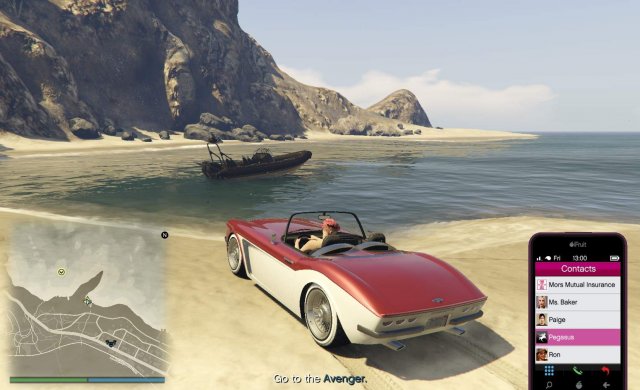 After you find yourself a boat, be sure you’re close to where the submarine is located so you can escort the team after they get out. 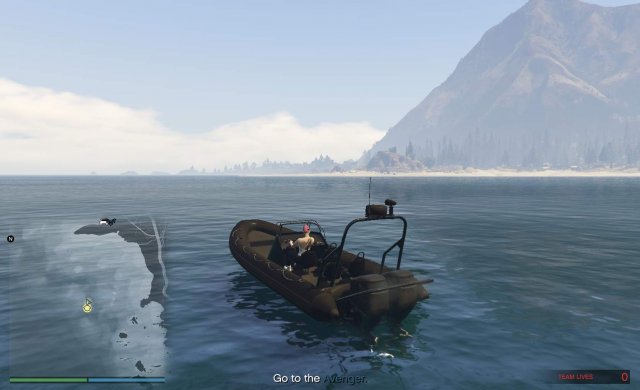 If any of the air support members came close to the Avenger, by the time you get a boat, Buzzard Choppers will spawn around, which they won’t destroy it, but you might get killed by them in the process of take-off. So it’s easier for you if you avoid that. 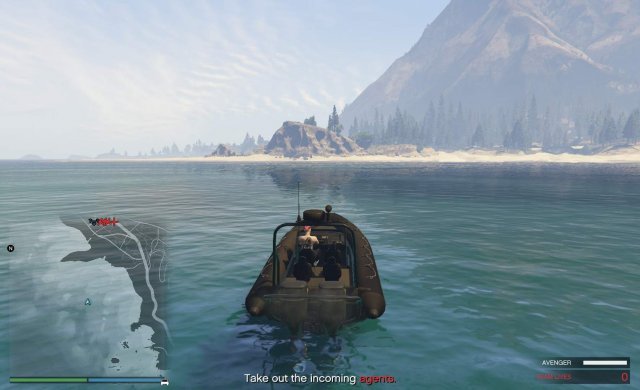 When i escort everyone back, i usually leave my personal car that has enough seats for the whole to where I got the boat from. If you don’t do so, you’ll probably lose time for an eventual Elite challenge that provides 50k for every member (it’s optional). In order to do it, don’t trip skip/restart the mission. 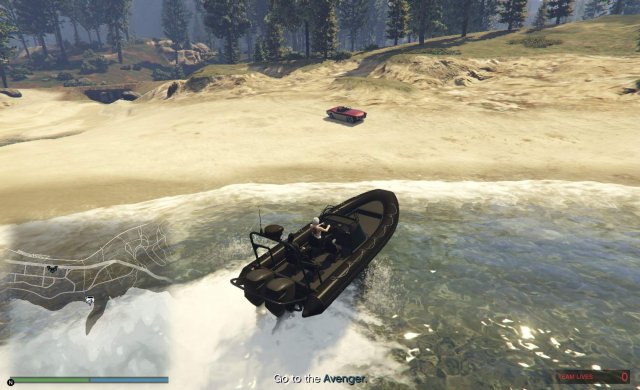 Now this is the point where you pick the Avenger then head towards the LSIA (finale ending) and use the exploit. As you get close to the hangar, you have to get yourself ready with the task manager to kill the game. 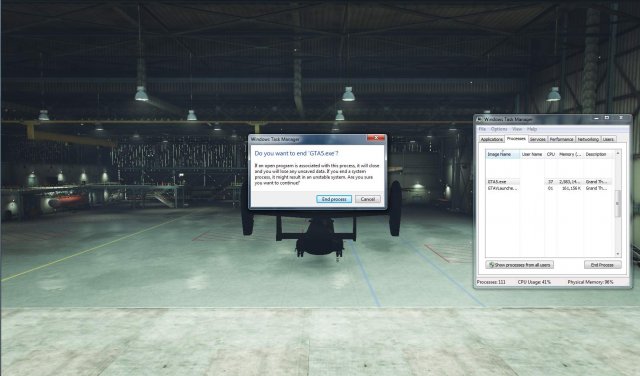 The only way of doing it right is after the right bottom Transaction Pending text disappear. 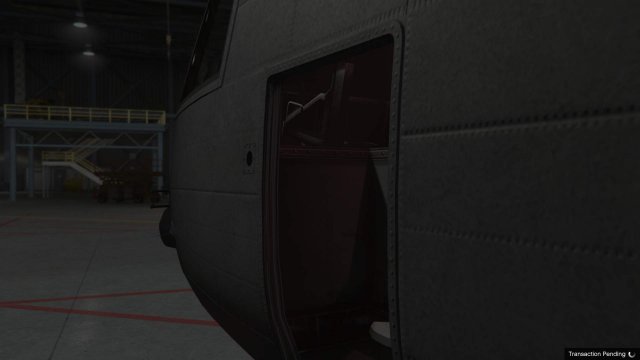 And so, the moment you see your character getting down the stairs and the Transaction Pending text dissapears, that is the exact moment you have to End Process with the game, no longer than 4 seconds. 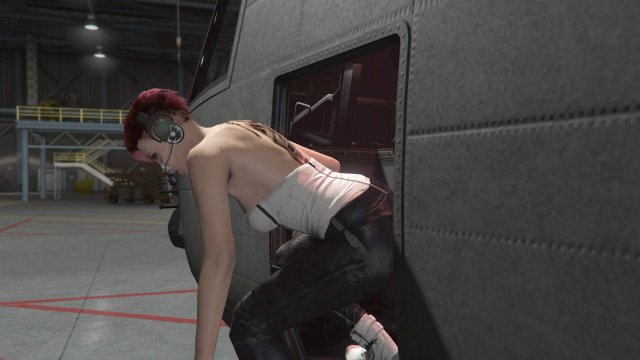 But if you do it right, you can abuse this glitch up to the point where you get hundred of millions. You’ll realise it worked if your partner in mission got the money but also if Lester calls you using the same dialogue for the Bogdan finale after you join the game.

If you don’t own a facility yet I recommend the far north west for the time being as a purchase for a faster way of doing this finale, it is also a very low cost one, but it’s up to you which facility you want to use. 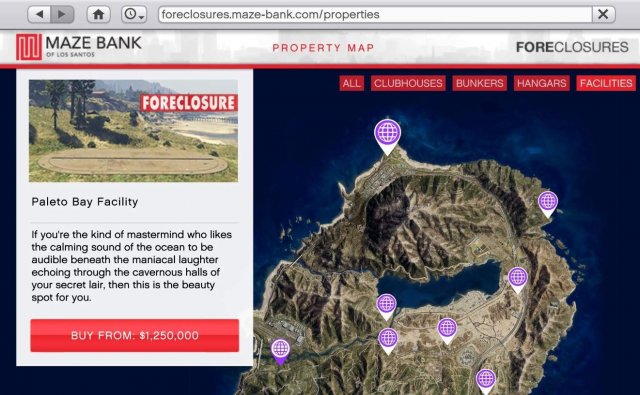 If by any chance somebody dies after the submarine team went inside the sub, the air support team will spawn by the beach and where they can hold the enemies off by just standing there until the sub team gets outs. Be sure you clear the additional Valkyrie/Savage choppers when the sub team arrives. 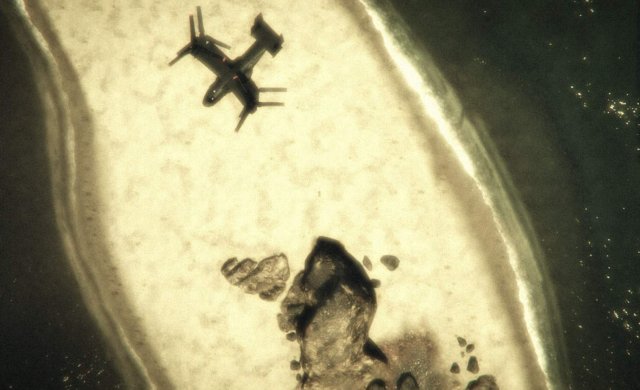 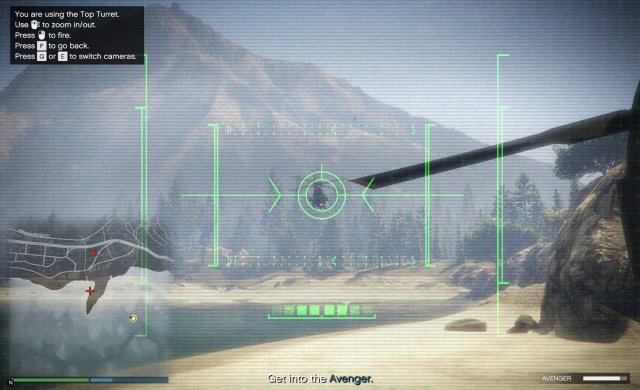 Time Trials are short solo races that pay $100,000 for beating the set par time. This guide has walkthrough videos of all 42 and is organized in the order they […]

Rockstar’s main Online service is GTA Online, a massive multiplayer online experience filled with millions of players. If you haven’t played online before, its a great time to start because […]