It seems like a lot of people don’t know this feature, and I have seen a lot of youtubers not bothering with the trebuchets and other siege equipment (only Battering Rams and Siege towers). And it’s due to being the first one getting absolutely destroyed by the already built ballistas on the castle before making any impacts. So today, I am going to show you how to not get your trebuchet get absolutely destroyed the first second its up, and actually break down walls.

Once you started a siege, queue up all the trebuchets. 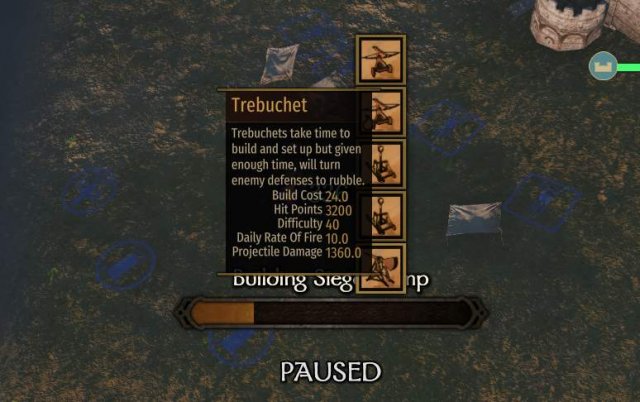 As soon as the trebuchet finishes, left click on it and move it into reserve. (Note: the Ballistas will instantly shoot at it and it could still damage it just a bit but youre still saving it).

Keep doing this until you’re at your last queue. You don’t have to move the last one to reserve as you can deploy the all the reserves with it as soon as the last one gets built. 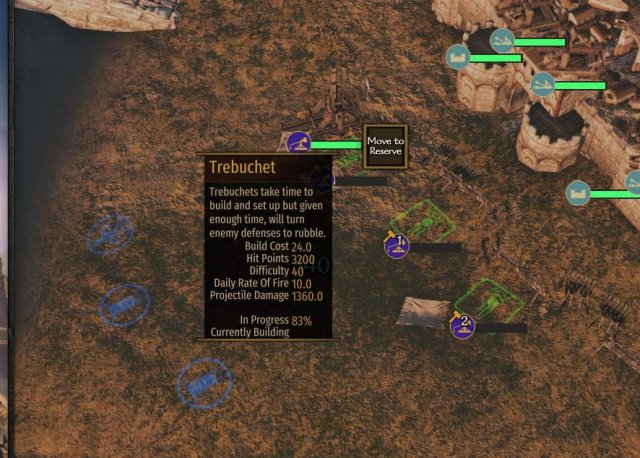 Once you’re at your last one, you’ll have 3 Trebuchets and they do NOT have to be built it anymore. They’ll be deployed instantly. 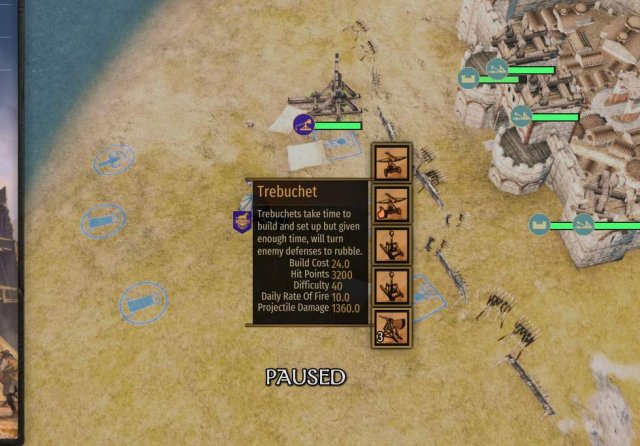 And Voila, now you got a chance to fight back against Castle Defenses and break through walls. Happy sieging. 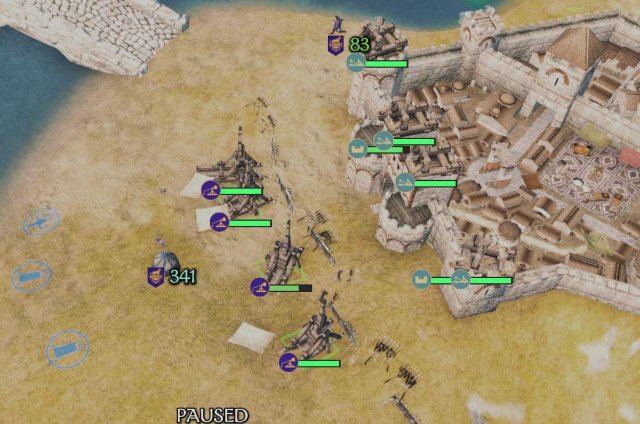