Neretzes’ Folly is the main quest in Mount & Blade II: Bannerlord. It tells you to that as you travel Calradia you can uncover a mystery from the past and its importance by asking lords and ladies (NPC) you meet about the Empire’s recent history.

You will only require to seek and talk to 10 rulers around the map. Once you have completed this, you will then enable the next quests which I will tackle in the guide.

In this section, we will cover the first part of the main quest (Neretzes’s Folly).

This quest will ask you to talk to 10 Nobles around the map. Once certain factions gets activated, it will be quite difficult to interact with this ruler.

I would suggest, when you start early in the game is to look for these rulers around the map. (Dont join any empire yet). Try to build at least 20 units in your team to avoid getting raided by looters and thieves lurking about. 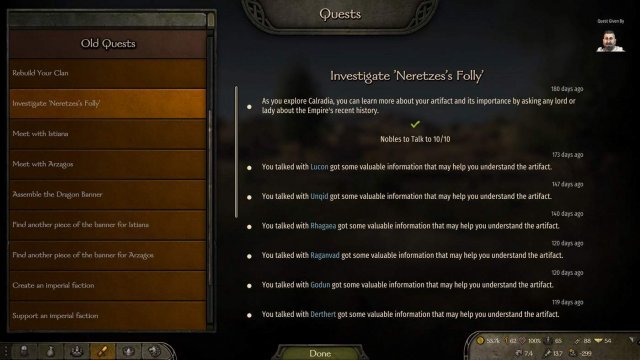 The rulers below are the ones you need to interact with. I have added few more rulers in case you have started a faction with other rulers. I have marked across each of the different empires across the map for your reference.

Note: You can open up your Encyclopedia to search for this rulers by pressing “N” on your keyboard and typing at the top right of the search option. This will inform you where this ruler was last seen. 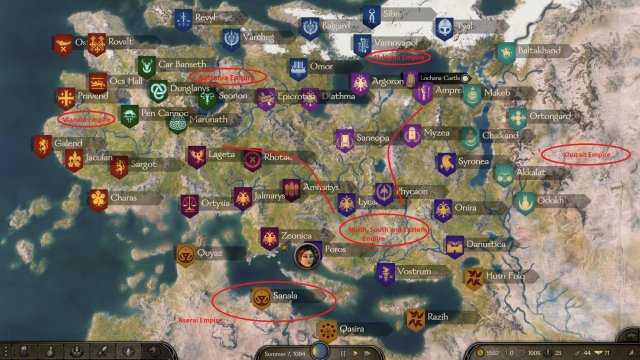 The following incidents (and what you can do) below may also happen while you’re doing the quest:

Once you have completed this quest, it will activate the Dragon Banner quest which will be on the next section.

This is activated as soon as you completed the first main quest “Neretzes’ Folly”. You will be tasked to speak with both Istiana and Arzagos. These are the two important characters who’ll tell you about Calradia’s history.

Istiana is in Epicrotea and she wants to continue supporting the Calradic Empire despite its fracturing due to civil wars. Arzagos, meanwhile, lives in Mannurath; he prefers that the empire be destroyed and that a non-imperial faction should rule in its place. They will be highlighted in the map.

I suggest you talk to both of them before selecting which side you will be taking on.

You will then be notified of two bandit hideouts near the main settlements (seen below). According to Istania and Arzagos, these two camps have the missing pieces of the Dragon Banner. Go attack the hideouts and defeat their respective leaders and you’ll have the Dragon Banner ready.

For my build, I went with archer and sword build along with my units. With this setup, killing these bandits will be easier as you can kite them when they start to run towards you. 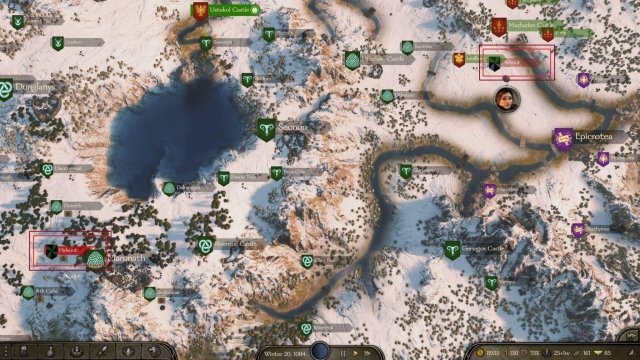 When a boss fight ensues, I had my units team up with me as the boss and his bodyguards AI are too OP for me. 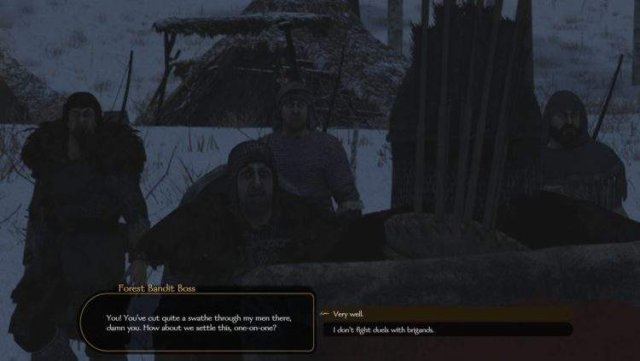 As you vanquish these 2 hideouts, go back either to Arzagos or Istiana to select which next quest you would like to take.

Note: You must first join a kingdom if you wish to support it when you hand over the Dragon Banner.

Istiana wants you to support the empire and here are her requirements:

You can refer back to the map for your reference on different empire locations. 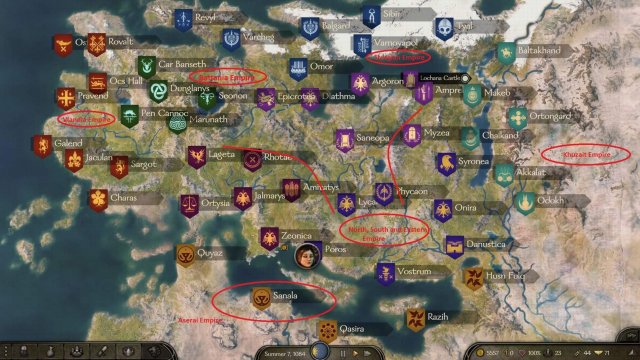 Note: I chose Istiana’s plan which i will cover in the next upcoming guide.

More Mount & Blade 2 Guides: Activate Cheats Guide. Complete Spy Party Quest Guide. How to Get 100k Denars (Step-by-Step). How to Find a Location of a Character. Guide to […]