In this guide you learn how to get rich by destroying Mr. Shakedowns leg.

Aquiring the Essence of Wall Smashing 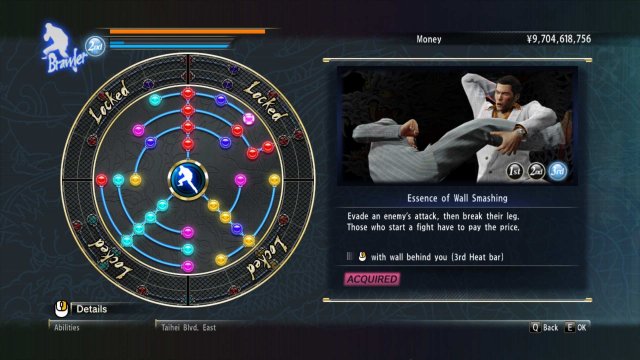 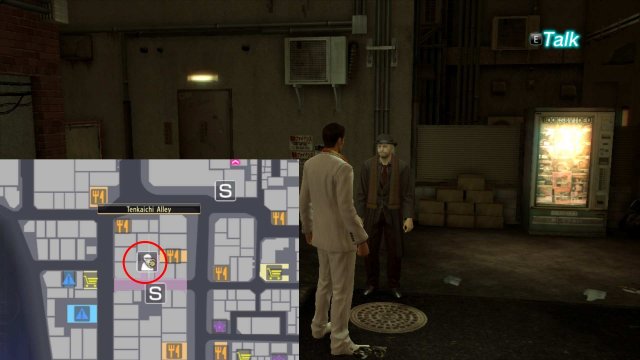 Get Something to Quickly Restore Your Heat in a Fight

In this step, you have to buy something to quickly restore your heat in the fights with Mr. Shakedown; for example you can buy the Staminan Royale (I recommend you to fill your inventory with it). 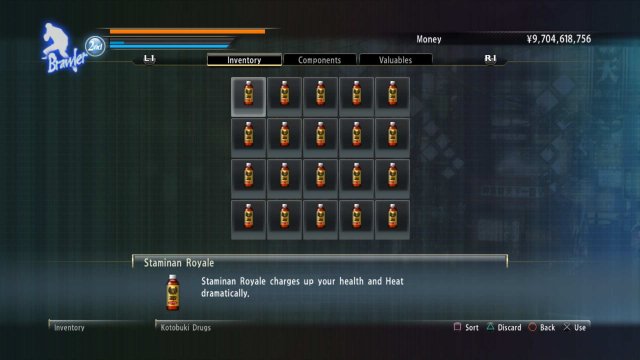 You can get the Staminan Royale in the Kotobuki Drug Store (it is shown in the picture below). 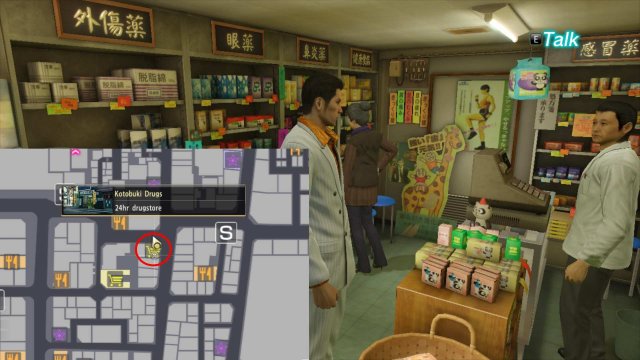 Get the Encounter Finder

This step isn’t exactly necessary, but it makes finding Mr. Shakedown a whole lot easier.
However, you have to get the Encounter Finder for tracking down Mr. Shakedown. You will get the encounter finder by doing the Miracle in Maharaja Substory (You can do it sometime after completing the Miracle in Tenkaichi Street Substory).

In the Miracle in Maharaja Substory you have to do a dance battle (which you don’t have to win) with Pop Prince Miracle Johnson in the Maharaja disco. You just have to make sure to choose the black box instead of the white after completing the substory. 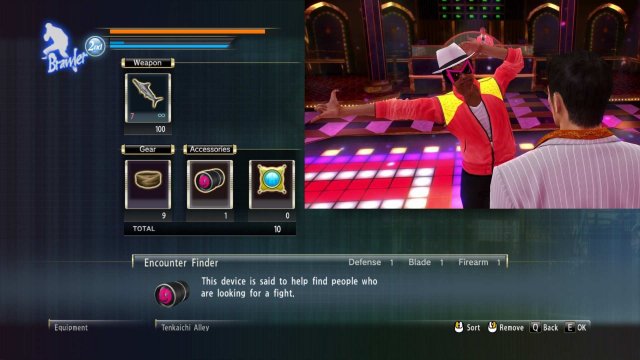 Now we get to the fun part. After getting the Encounter Finder you can easily track Mr. Shakedowns location (As shown in the picture below). 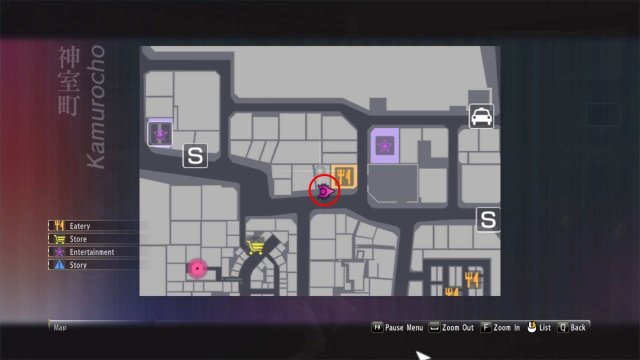 After you tracked Mr. Shakedown and got into a fight with him, you simply have to repeatedly use the Essence of Wall Smashing on him until he dies by standing with your back against the wall and pressing the button when he’s close enough (Make sure to restore your heat after each time you break his leg). 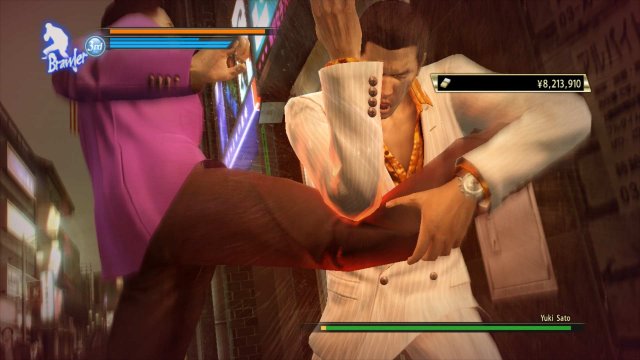 Repeat!
Now you just have to repeat steps 1 and 2 till you’re rich.

For those who dont know this about Disco and struggle with the mini-game as a whole. The Main Thing About It All Disco is probably the worst Mini-game in my […]