Finished a legendary run with Ragnarok’s new throwing weapons and just wanted to share my thoughts.
Dual Wield throwing weapons – Int based – Shaman (Rune/Spirit) but Spirit can be replaced with another supporting mastery as you wish.

So what should you be dropping your attributes into? 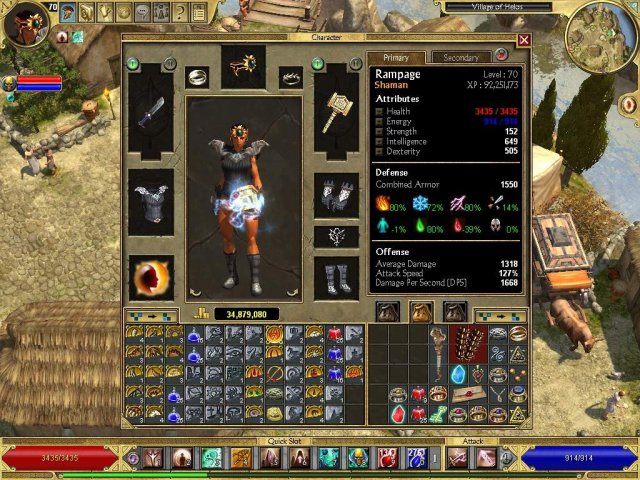 Rune mastery is the ‘primary’ mastery of the build. It allows you to equip your throwing weapons easier by reducing str, saving valuable points for int and dex. It has your main LMB attack, AOE and CC abilities and let’s you duel wield.

Rune Weapon – Your LMB attack. Maxed out, it will give big boosts to your intelligence, elemental dmg and total dmg. The attack is further buffed with Energy Drain for support and Transmutation. Transmutation is the core of the build. With +4 to skill, 99% weapon damage becomes elemental damage. This dmg gets buffed by your int which becomes sky high from rune weapon stacks. See the screenshot below as an example. Max these three out but you can ignore the Magical Charge synergy skill as you won’t be getting hit. 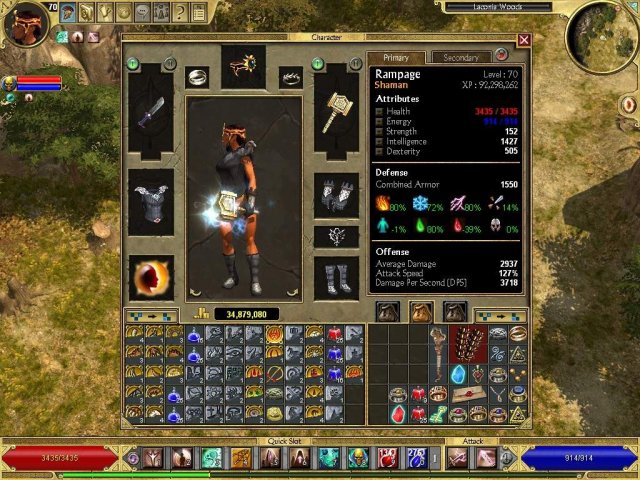 Runeword Feather – Reduces your str req for throwing weapons allowing you to save points for int/dex. Max it out.

Rune of Life – Good one point ability with extra str for movement speed, str%. Maxxing allows you to get your vit resist from here instead of equipment through. Not required, but drop at least one point into it.

Thunder Strike – Your primary aoe ability. Use whenever it’s off cooldown. Fires 5x projectile per weapon (ie: fires 10 projectiles when duel wielding). Absolutely wrecks everything. Max it out and it’s synergy skill Unleash for it’s CC.

Menhir Wall – Your primary CC ability. Drop in front of enemies and spam your attacks from behind it. Helps keep melee enemies off you and distracts ranged enemies allowing you to get close enough to kill them without getting pounded yourself. Dropping directly on top of enemies can cause clipping issues sometimes, drop in front of them, or if you’re running away from enemies, drop in front of you then run past it and start attacking. Max it out.

Reckless Offense – Let’s you duel wield. Obviously must have. Max it out to increase the chance of getting the big dmg buff.

Energy Armour– A bit of extra padding to soak up incoming damage. Energy costs spike substantially as you level it up. 8/8 skill is good, don’t go over this unless you have good energy reduction. Otherwise the skill may cost so much that you can’t cast it even with full mana.

These are the ‘core’ skills in the build. Core rotation is pretty simple. Thunder strike when off cooldown, otherwise rune weapon. Apply energy shield whenever it’s off cooldown and not on you. Drop wall whenever you need CC. Apply Rune of Life every 10 mins.

Feel free to try out any other skills you want or experiment. 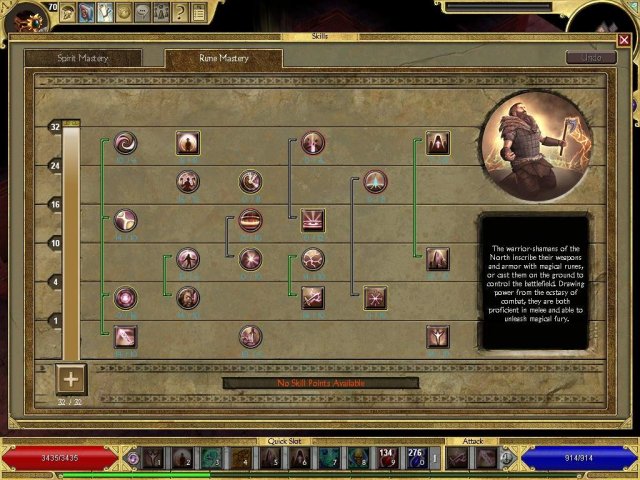 The secondary mastery. As I mentioned earlier, this mastery was primarily used for support with Rune mastery being the core of the build. You should be able to switch another mastery as your secondary without issues.

Liche King – I like pets so I picked up Liche King. He almost never dies and can make advantage of deathchill debuffs. I maxed him out but you can free up points here for other things as you wish.

Death Ward – Even with energy shield up, int gear doesn’t exactly provide much protection. Death Ward provides further padding, giving you an emergency health buff and some damage absorption giving you time to pot then drop a wall/thunder strike. Max it out.

There’s no shortage of other useful skills that can be picked up (Circle of Power, Dark Convenant, etc.) Again feel free to experiment and use other skills. 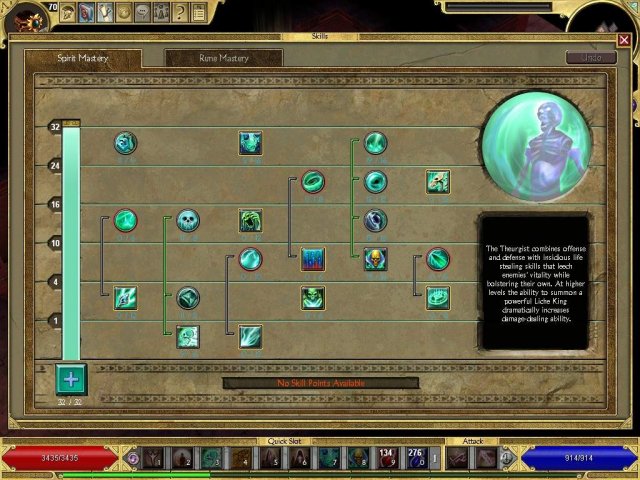 So what sort of equipment should you be looking out for?

Weapons, just equip whatever gives you the most DPS and/or utility:

Honestly just try to equip gear the best you can. If you find yourself lacking in a resist, you can always find a decent green and socket with a good charm/relic. 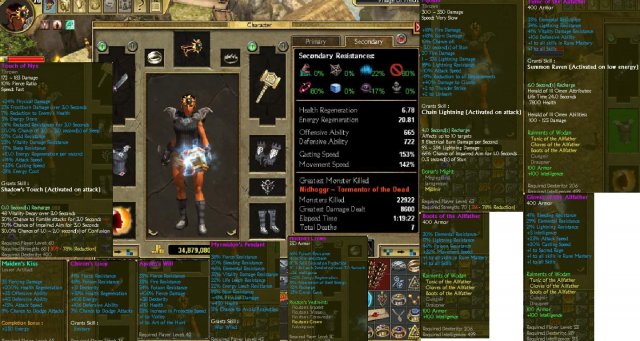 If you make an accomplish hero char you should be able to fill up the the good parts of rune right away.