Basic concepts and tips to help survive as a tanker.

How to Survive as Tanker in Hell Let Loose

This hopefully seems obvious to most but the front of the tank is the most heavily armed and armored part of the tank. The rest of the tactics are all variations on maintaining this simple rule.

What your tank should look like in your head 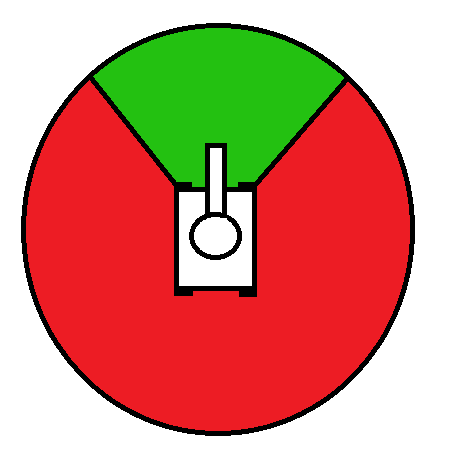 Tanks are pure destruction for about 90 degrees in front of them. The other 270 you are quite vulnerable. Your tank is a rather large target and it makes a lot of noise. Players on the opposing team can and will spot you very easily.

There is a very complicated explanation for this that someone smarter than me I’m sure is willing to share but I’m simple and I like to keep it simple. Anti-tank weapons penetrate armor best at a 90 degree angle so try to have your tank turned a bit so it’s harder to penetrate. Conversely, when you are engaging enemy armor try to get a good 90 degree angle on their side or rear for best results.

Don’t do this. Always bring a buddy. If you need to beg in chat do it. You are very very vulnerable when it’s just you.

Pay attention to your map. You want to be near friendly infantry. You do not want to be nearby enemy infantry. Where infantry spawn from can change very often so you need to be aware when it’s time to retreat and reposition.

Infantry weapons have very short range and their penetration greatly diminishes at distance. It is much easier to flank a nearby tank. You also drastically reduce your field of fire by moving closer to a a target 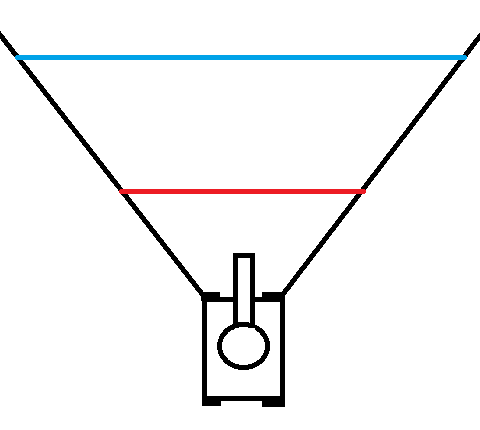 Whenever you can you should try taking your corners nice and wide. The side of your tank is vulnerable so you do not want to expose it any more than necessary.

How not to do it

How to do it

Infantry? I thought this was a tank guide. Infantry are your eyes and ears. They have great visibility but little protection, you have the opposite. Working with them is extremely important. Once you’re nearing the front with your tank do not be afraid to get on command chat and ask if anyone has seen any tanks. They are the most dangerous thing out there so make sure you find them before they find you.

Hands down the most important role. You are in charge of keeping the tank alive. How you approach an objective and how you position the tank are key to your survival. The turret moves very slowly so you have to do most of the turning for your gunner. If your turret is offset take note of it. There is an icon on the bottom of the screen that will tell you where it is pointing.

Think about how you’re going to approach where you’re going. Where are your garrisons and where are your infantry? Where have enemies been sighted? You do not want to travel through enemy positions if you can help it

Use the map edge

The “out of bounds” provided by the edge of the map can significantly reduce the angles you can be attacked from.

Sitting patiently still is a large part of the job. This makes it a great role for tank commander. While stationary always always shift to 1st gear or Reverse so you can do a quick turn. You should pretty much always be periodically checking your map but while the gunner blasts away is a good time to check what is going on in your surroundings.

If you get shot while driving and you don’t know where it came from do not stop! Tanks are much faster than infantry and you have about 3 seconds while an infantryman reloads and about 5 for a tank. If you can try and get some cover between where you got shot from.

Running from tank fire is generally ineffective as their shells travels very fast and has a very long range so you need to get some cover between you and your enemy as you cannot outrange their attacks like you can infantry.

Jink it: it takes a couple seconds to reload so while you’re driving away pull left or right after about 2 seconds. This will angle your tank making it harder to penetrate.

Sometimes you can’t run. If you’re already stationary your best bet is to just turn the tank toward them and start shooting. If you don’t know where it came from pick a direction, start turning, and make sure to fire that machinegun Tell your gunner to fire their machinegun! Machineguns suppress making it hard to take precision shots. The lives of your crew are on the line blast away while turning. Don’t give them an easy shot!

This is a pretty simple role. Great for beginners. Your spotter will call out targets pay attention to the compass and shoot them. Always travel with a shell loaded and usually you want that shell to be AP as AP is still fairly effective against infantry and can damage tanks. Try to keep the turret centered (ie facing forward). The turret can and will get stuck on objects if you have it turned so be aware of that.

Also a very important role. This is the tanks eyes. If you’re running a 2 man tank crew this position should almost always be filled (gunner switches while moving, driver switches while stationary). Call out numbers on the compass but you can also see where the turret is facing on the bottom of your screen and give them more basic directions like left and right.

You generally have at least and often have 2 people facing forward on a tank so while all the cool stuff may be happening up there the tank needs eyes on its side and rear.

The driver is always facing forward and the gunner usually is so they need eyes watching the rest of the tank.

Best seat in the house

This seat is elevated higher than the others in the tank which gives you a very good view of the battlefield. With some maps you can look right over hedgerows to direct your gunner to targets they can’t even see.

Light tanks are great infantry support platforms but are not very strong in combat against other tanks. Each team gets 1 light tank.

It’s a faster firing and faster moving Sherman but the cannon is much weaker so don’t expect to destroy many tanks with it.

Slightly harder to destroy than a Stuart but has a 20 round explosive ammo turret that is great at flushing out enemy infantry but ineffective against any armor except the rear (and possibly sides) of the stuart. Lacks a driver machinegun.

Medium tanks are strong enough to destroy other tanks but fairly weak to return fire from other tanks. They are slightly faster than heavy tanks. The American team gets 4 medium tanks and the German team only gets 1.

Numerically the most common tank found in the game. Its armor is paper thin but a little bit of angling can cause bounces. Engaging enemy tanks head on will put you at a disadvantage.

Fast, great armor, good gun. There’s not much bad to be said about this tank.

Strong front armor make these very difficult to destroy if played properly. They are very slow so it is wise to stay near infantry support to keep from getting swarmed and overwhelmed. Currently only Germany has a heavy tank.

It’s a big tank with heavy front armor. If you hug the side of the map and keep infantry to your side and behind you you’re practically invincible.

If you can get to the side or even better behind them. If you do have to engage them from the front aim for the treads as it is a weak point in their armor and for some reason destroys them if you shoot it a couple times.

Enemy tanks are probably the biggest threat you’ll encounter so if you can engage them first and destroy them. Beg, plead, and demand marks on enemy tanks. Tanks have very long range and very good penetration (except for light tanks.)

These are pretty rare but still very dangerous. Any antitank guy can spend 10 seconds and 30 supplies to plop down an AT gun. They have very long range and very good penetration. Fortunately, they only take 1 shot from any kind of shell to destroy.

The most common enemy you will find. I have seen teams of anywhere from 3 to 10 squads and every single one of those can have an anti-tank infantry. They are vulnerable to suppression. You don’t need to hit them just spray in their direction and it becomes much much harder for them to fire at you.

Germans get the powerful panzershrek. It has longer range, greater penetration, and deals more damage than the bazooka. The only downside is it has only 2 shots. Generally if you get shot at by one of these guys and you manage to survive the second shot you can safely ignore them for a while since they will be out of ammo.

The bazooka doesn’t have the range or penetration of the panzershrek. But they carry 4 rounds of ammo. Tigers can pretty safely shrug off bazooka shots to the front and the panther is also fairly safe at longer ranges.

Don’t forget about these guys. They are very common along roads. If an enemy engineer gets the chance they will place a mine on top of you that will explode if you do not move.

A quick guide to the changes to nodes in update 10 and how to go about placing them. Node Сhanges As of update 10, nodes have had some big changes. […]

Ever wondered what resources do in this game, and how to get them? Look no further! Includes other gameplay info that you may not already know! Guide ContentsIntroHow to Generate […]