Before We Begin: How to Enable Grid Position Text

This build employs a very simple layout: I will list the Wave #, what I recommend building, and the coordinates for WHERE to build it. Those coordinates can be seen in-game by enabling an option called “Grid Position Text.” A step-by-step on how to do this are as follows:

2) Navigate to the Interface Tab

3) At the bottom, toggle “Enable Deploy Grid Position Text” to “On”

4) In-game, deploying a unit (or clicking on an already deployed unit) will show X,Y coordinates 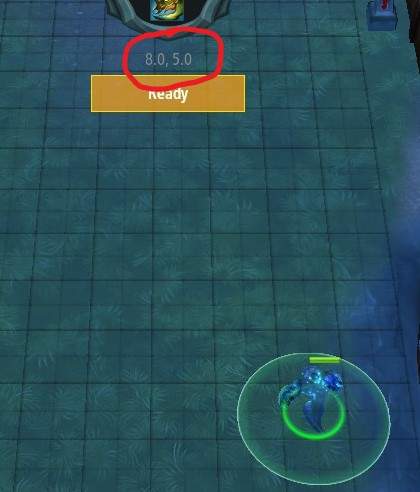 Early game is a bit more rigid than the mid and late game, so there’s a bit more explanation behind the choices I’ve made. Later on (after wave 10, and especially after wave 15) individual game-by-game variances will be high, so I give less explanation because you have more freedom of choice. Did your opponents skip sending on 15 and 16 to bomb you on 17? You might want to start overbuilding in that case. Did you get a good Legion Spell and find yourself way ahead on value? Try pumping more workers to help your end-game scaling.

Do NOT hire any workers! Grarl’s ability, Delicacy, lets us sell it for 90% of its deploy cost. We’re going to need all the gold we can get for wave 2.

This setup WILL hold any combination of 40 mythium, including a Turtle, but it’ll be close.

Do NOT hire any workers! We need at least 90 gold for wave 3.

Placing the serpent here draws just enough heat off the egg to survive a 60 mythium send from your opponent.

Starting after you place the serpent, you now want to hire workers.

1) Build nothing, just keep hiring workers – HOWEVER, you want to make sure you will have 145 gold available for wave 6. Depending on the game, you will have anywhere from 7 to 9 workers by the time wave 5 ends.

Hello, old friend! We will need 185 gold for the next wave. Spend any extra gold on workers.

You’ll need 181 gold for wave 8. Any extra above that goes to workers.

We’re only going to need 145 gold for wave 9, so here will be another major worker push.

Two Grarls will wreck this wave. You’re going to need 275 gold for wave 10. As always, dump extra money into workers.

The slow effect from King Claw trivializes this fight. Pump workers, but be sure to save 250 gold for wave 11.

More workers for the worker god! Just make sure you have 275 gold left for wave 12.

Once wave 10 ends, you can select a Legion Spell before wave 11 begins. You have a lot of flexibility here. By now you should have 15+ workers and at least 200ish income. If you get an aura one, like Hero or Vampire, it should go on the Templar as it will buff everything around it. That’s the whole purpose of building in such an odd formation. However, do not discount the potential that raw gold can yield – even in the form of Loan, that’s 4 extra workers at the paltry cost of ~100 mythium worth of income.

Depending on sends, this egg might actually break, but that’s fine – we’re not relying on hydra like we were in the earlier waves. Its primary function is to delay the wave so your Priestess has more time to dps. You’re going to want 420 gold for wave 13.

Do NOT buy any workers this wave! As soon as wave 15 ends, worker gains are doubled (2 workers for 50 gold instead of just 1) so it makes little sense to push workers now, when you could get twice the benefit in another 30 seconds or so.

2) Upgrade all serpents to Deepcoilers

By now your economy should be high enough that you can afford 1k or more army value per wave, keeping you well in line for defense while still pumping out 100 or more workers total by the time wave 21 rolls around. Your final end-game composition should look something like this at the minimum: 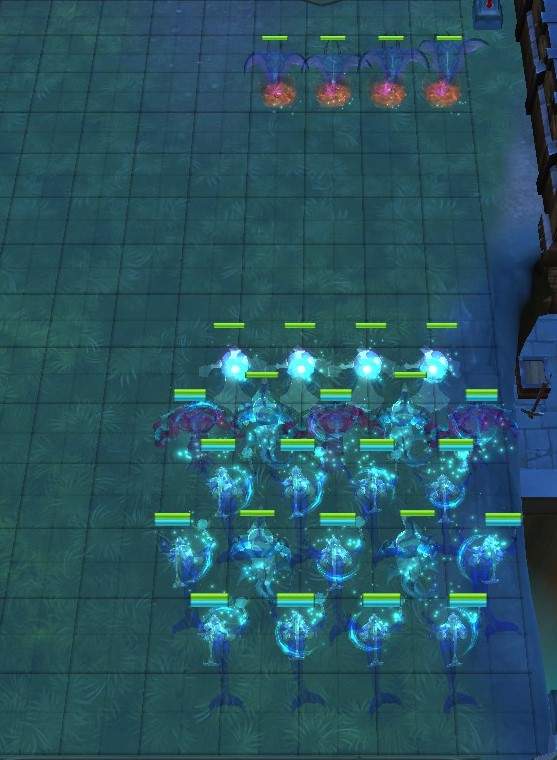 After wave 10 or so, the game really starts to open up. You might find yourself in a really good position army-value wise, and could try and skimp on some of the recommended towers in favor of pushing extra workers. Or, you might find the opposite to be true, and your opponents are saving up for a big send on 12, 13, or 14. In that case, cut back on worker production and build extra towers.

This guide is a result of my own personal strategic refinement, but every game is different! What works in one game might not work in the next, hence why guides are so difficult to write. Hopefully though, at the very least Sleep With the Fishes will give you a sound starting point for your own strategies.

The aura is triggered at the beginning of the battle and remains on units throughout the round. Explains Aura Examples The legs of the tower must be fully positioned in […]