France has the best cavalry selection in the game! All of them have amazing stats, and sometimes it can be hard to choose which one is right for you! France also has the best guards in the game. Old guards have the strongest stats with fear ability, and that means if enemies facing them will have lower morale and easy to rout. French light infantries are its weakness. They do not have the same accuracy and reload as their British or Prussia counterparts. In the battle, you main goal is trying to waste their ammo with your own light infantries. Voltiguers are perfect for the job, their stakes will act like forest and block most of the incoming bullets. French Artillery is also its strength, although most games will ban arty. Its howitzers are great at shooting over hills and the Grand Battery of Convention is one of the few cannons I’d take over howitzers.

UK has the best line infantries, and they can stand up to even French young guards. They have the 3rd best light infantries after Prussia and Portugal. Their cavalries are absolute garbage, and you should never take more than 2 in any game. Britain is a favorite amongst new players as they favor a camping style. Their strong line infantries make it perfect for players to camp in forests and grind enemies out. Clans like H&R are famous for that, you should contact them about joining if you plan to use this strategy.

This is probably the most balanced faction in the entire game. Prussia has the 2nd strongest light infantries and decent line infantries. Their cavalries are also pretty good which makes it a very well rounded faction. It excels on maps with not much forest, and gives their light infantries clear shot at enemies. They are a bit weak on maps with thick trees, as factions like France and ottomans could close the distance without being shot at.

Russia has the second best guards in the game. Their life guards are both good at shooting and melee combat. The Seminovski Lifeguard while bad at shooting are the most amazing melee unit in the game. Russia Cossack cavalries are cheap and have great charge bonus. Their regular infantries are a bit overpriced but can beat most other infantries in melee. Their greatest advantage however is their resistance to cold. They will not get tired as easily as other countries on snow maps which makes Russia the best faction on those maps. Russia also has the best artillery piece in the game. The unicorns can destroy any enemy arty with ease, and you should always bring them if arty is not banned.

Now this is my personal favorite faction!!! They have no guard infantries, but their regular line infantries are decent. They have very very strong cavalry units, the guard lancers can beat any cav in a battle. The siphai cav provides a cheaper and more expendable option. The mounted gun cav makes them a great option on almost all maps. They also have the only melee units in the game. Bashis have amazing stamina and can run across the whole map without getting tired. Jannisaries get tired more easily but can even defeat Old Guards in melee. They are also resistant to heat, this makes them the perfect faction on desert maps!

Sweden is a faction made for Grassy Flatland, they have very cheap and amazing gun cavalry unit. You can make great rush armies with this faction! They are quite weak on other maps though.

They have pathetic stats, but can vanguard deploy guerillas. This makes them good at capturing hills or houses at the beginning of the battle. If you feel brave, you can also try assassinate enemy generals with your guerillas.

Absolute worst faction in the game, do not pick in any situation!

Portugal has the second best line infantries in the game and the best light infantries. They are ideal for flat maps. Do not take too many portugeuse cavalries though, they are even worse than British cavalries.

They have probably the most cost effective cavalry in the game, the carabiners. Their lack of guards make it hard to use sometimes though. It takes a master to know how to use this faction correction in the game. If you are new to the game, it is best to avoid it.

Their infantries actually have stronger melee stats than even Russians. If Russians don’t get a good charge, they will lose to Hungarian Fusiliers in melee. They also have the best ulans and hussars in the game which makes them one of the stronger minor factions.

In general, you want your army to have 1 general, 3 guards, 5 line infantries, 1 milita and 4 cavalries.

I will show here a basic Prussia army for you to copy and use in game. Remember to build an army according to the strength of a faction!

If artillery is banned, just swap it for another line infantry unit!

This is another example with GB army.

As you can see, I swapped out some of the cav for more lines.

Flanking is when you go around the enemy and attack him from the side. This is very effective as they are unable to return fire.

This works if your faction has stronger cavalry and high morale. You can overwhelm your opponent’s defenses before they have a chance to respond.

If your units are weaker than those of your opponent, you must slowly fire and retreat to maximize damage done to your opponent. This works the best with factions that have strong light infantries. Prussia and Portugal are both great examples of a kiting faction.

When you have a hill and you position 3 ranks of infantries on the hill and all of them can have line of sight to fire. 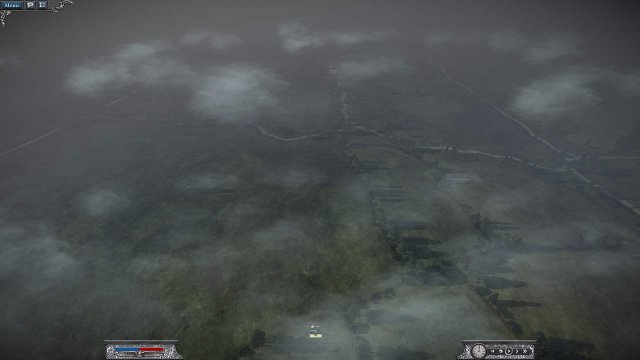 This map is great for kiting, as there is no cover for the attackers. Your objective should be taking out opponent’s light infantries with your cav and kite his line infantries to death. 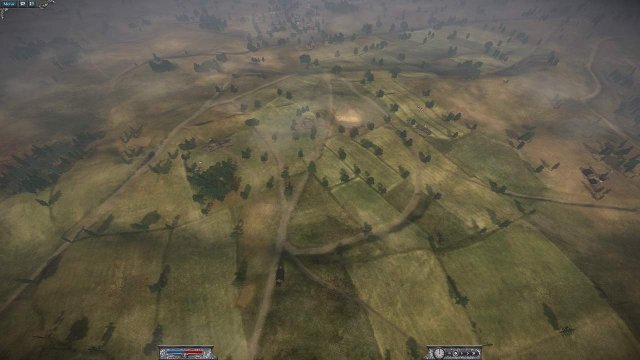 If you are the attacker, start with the left house. That house is the easiest to take, then work your way from left to right. The right side house is very well defended with a lot of firing slots, so it is best to save it for last. If you are the defender, you should put most of your elite troops on the left side house. If you lose it, enemies can roll up your flank easily. 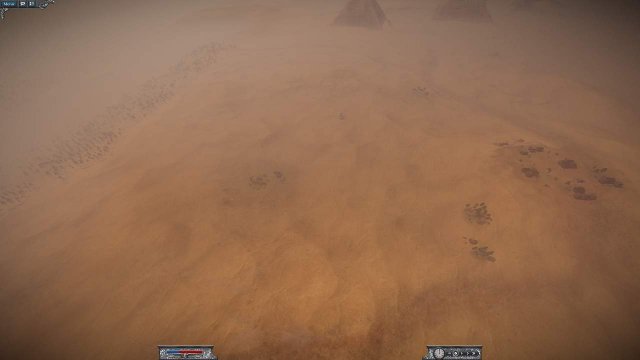 The right side hill is heavily contested, it is best to use your light infantries to secure the hill and push downward. 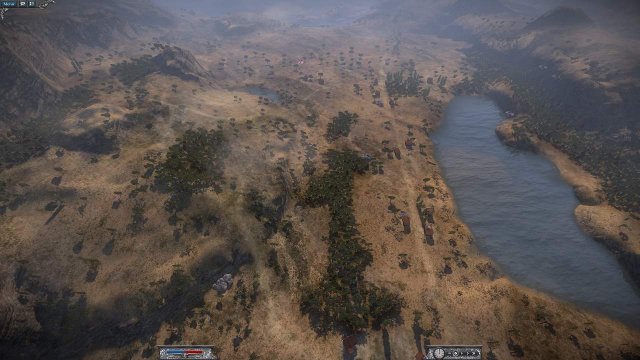 On this map, you should try to secure the hill and waste your opponents ammo. The tree is very thick, so put militia in there and they will last a long time. After your opponent’s ammo is gone, you can start the attack. 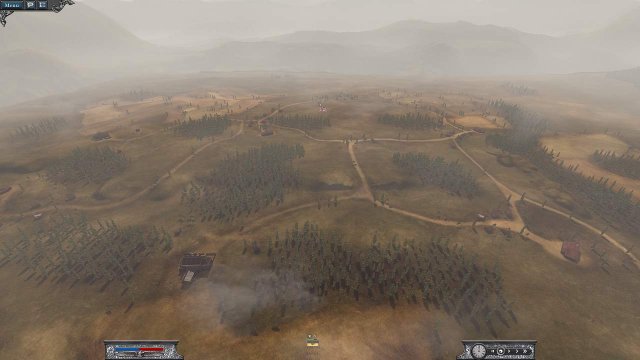 On this map, most players want to take the hill. Don’t do that, the hill advantage is not nearly enough to overcome the forest advantage. What you really want to do is capture the center forest and place your entire army there. Even if your opponent has the hill, he would not be able to win a shooting battle against units with forest cover. This map is perfect for GB, as they have the best line infantries for camping. 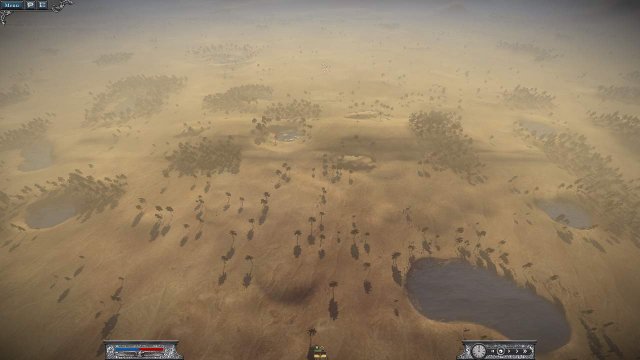 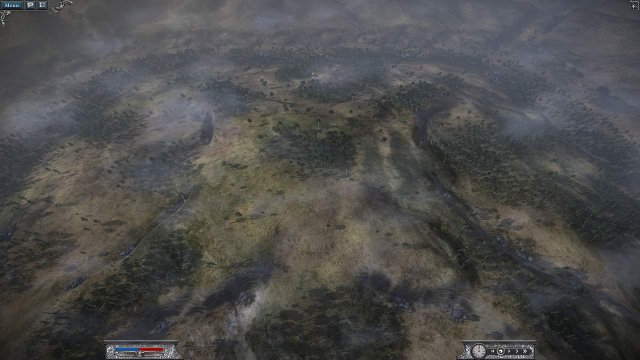 This map is perfect for Spain. You use guerillas to capture the hill, then stake up to prevent your opponent from climbing it. Then you just sit there and watch your opponent try and fail miserably taking the hill from you.

Team Battles Require a totally different set of skills which probably deserves its own guide. I will just show you guys a video I made explaining teamwork.