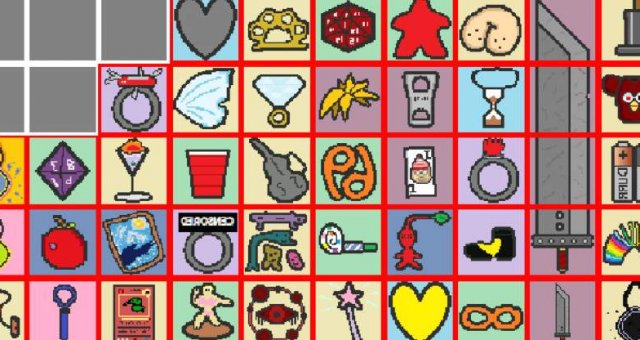 Basically every tip and trick I could think of that a player might find helpful/need to know.

Basic Training: Hovering your mouse over things, and clicking things, will generally cause prompts or numbers to move (e.g. energy to be put into your basic training) just follow the tutorial and it’s fairly clear. At the time I started playing, 4g didn’t say that R+clicking energy into the training will fill it with enough energy that ALL the bars will be maxed out. Rebirthing after training your basic training bars will cause the total amount of energy needed to train at max EFFICIENCY to lower – so whenever you notice the hover text for new cap goes green, it’s generally worth rebirthing. This speeds everything up. You lose all progress in training on rebirth.

Experience: Ignore the adventure boosts that you can buy, its a trap there only for rich people. Buying energy in this order (again, unless something changed without me realizing): All the bars you can, 1 energy speed, 40 (or 400 when you get far enough) energy cap, 1 energy power. Magic is similar, but you don’t need much until around the time you get the first titan and unlock a perma-boost tab called NGU. One of, if not the most important things in the game. it is your foundation to everything. Prioritize EXP gain.

Bosses: Eventually, you have to tear yourself away from those numbers though, and look for new number… in the form of a boss fight! The training you have been doing until now is to be able to improve your numbers so you can beat the living daylights out of… a fuzz ball. Congrats, your as strong as dust, but not quite as strong as a baby yet… you’ll get there. Once you have beaten a boss, on rebirth the NUKE option will allow you to auto-kill anything weak enough that you would just be spamming fight on. Bosses drop experience – something that you use to purchase permanent boosts, and which sticks around between rebirths. You go back to boss 1 on rebirth.

Rebirth: Rebirthing gives you something called Number. Number is made of multiple things, such as time this rebirth, boss number, and later blood magic (more detail on-page). Number seems important – and it is! it helps you get farther faster… but it’s not the be-all end-all. In fact, pretty early on in the game, as the first challenge, you will have it reset… and that will be a common theme in challenges. Why? Because number is easy to get back. Number is less important than things like Experience, NGUs, PP perks, and gear.

Settings: You’ll find some options that are interesting in the little gear symbol’s (bottom left) area. peruse them, and turn on Sync training (recommended). Main area to look at is the button right next to it though: the “Info ‘n Stuff” section has a lot of math, numbers, tool-tip log (the hover text) and free stuff! (hint: if your wanting a boost, choose the AP – if your wanting a permanent but ultimately unimportant thing choose special option)

These are the main screens for the time being, and I highly recommend you actually read the in-game guides that 4g provides (the boxes that say “WTF do I do”), as there are a LOT of details in there, essentially everything listed here and then some.

Congrats, you beat the tutorial! The LIES are real! there is another two tabs unlocked now, the adventure and inventory tabs.

Adventure: Basically, you beat up the things you beat up again… and again… and again.. why? for loot, of course! You might need to sit in this tab for a while when your not fighting bosses or managing your inventory in order to fight things, but generally you’ll leave it on IDLE mode most of the time. Shortcut keys for attacks are keys w-y, and a-h for defensive (and buff) options. You unlock more options with basic training.

Inventory: This is actually fairly important. Hover over the in-game guide button for some shortcuts, and Always keep an item until it level up to level 100! there is a little button called “item list” that has a list of items – found items are visible, while items that you have had (at any point) at level 100… the prior just tells you info, while the latter will give you permanent boosts. Later on you will be able to get an “item filter” (and/or buy an advance version of) that will let you avoid picking up certain items. This can speed up some things. oh, p.s. forest pendents can be upgraded so keep them, as they take forever to level up through the daycare…

Daycare: This is a sub-area of the Inventory. Basicly, you toss in an item, and the adorable cat (the cuteness is a lie! It is a monster! You’ll understand later) will warm them up, and magically cause their level to go up, online and offline. Each item varies in time needed for level up. I forget how you unlock it. Challenges maybe?

When you unlock challenges, I recommend doing the basic one immediately/close to immediately. It’s basically resetting your NUMBER to 1. Why would you want to make your number go down? Because it’s actually not that important… it takes a bit of time, but it’s well worth the initial bonus. Do the basic challenge a second time when you have confidence in being able to do in in under 24 hours for a new challenge.

Challenges: There are various challenges throughout the game. The two ‘main’ rewards from them are the first completion reward, and the final completion reward. If you wait long enough, you can beat pretty much any of them in under 24 hours easily – but doing them once not long after you get to Jake (third titan) is very helpful.

Titans: The titans have various drops that offer quite the boost. Once you beat them once manually, you will be able to auto-kill/farm them for their drops in the future… provided you have high enough stats and the setting to do so on. You don’t even have to leave the adventure mode on the titan page, you can farm another area instead, and still kill them.

Time Machine and Augmentations: Two things that take money and energy to upgrade, but which boost things. Time Machine is an adventure-mode based gold farm, using your highest gold drop from there, and increases in speed and multiplier based on the level. Math details in-game. Worth dumping energy into basically always. Augments are a power multiplier for your basic attack/defense, and help you mow through bosses faster. Also a good energy dump when you have the gold. they reset on rebirth.

Wandoos: Ignore until a fair while later. I’m at the third titan from accounting and I am just now starting to dump energy in there… it’s not worth using early on.

Sellout Shop: Buy the golden heart as soon as you can, as your first, or as close to first as possible, purchase. It increases the AP you get – and at level 100 will give a PERMANENT ap boost as with all the hearts. Well worth a daycare slot for a while. second choice on is up to you, though I personally recommend infinity cube filter for inactive people, and improved loot filter for all.

Yiggdrasil: Harvest the fruit, upgrade them, at least until you can afford the pomegranate which gives a large number of seeds. That will take a few upgrades (~5) in Gold fruit and unlocking Power a fruit.

Money Pit: spin the wheel daily (and save manually) for free AP, and dump in your life savings to the endless abyss of greed for buffs. It has a money counter that counts across rebirths for a larger boost here and there, and you get smaller boosts for each dump. More money, better boosts.

ITOPOD: Whenever your going offline, just hit optimal floor. Go for the newbie perks, then the energy and magic boosts that are first-second row. As always, up to you where/what you do as it’s all useful, just avoid the rich persons PP dump adventure boost up for a long time.

Troll Challenges: RIP, good luck. I have no advice other than wait.

NGU: Numbers Go Up. Basically just a massive energy pit for permanent boosts, which you should have a few million energy to dump in to by the time you get to it. Worth it 100%. Power level and respawn time are my main recommendations for focus in energy here early on to speed up progress.