This guide will outline some tips to help you achieve the LUCKY 4 achievement.

If you’re like me, then you might not find this description adequate in explaining what is required for this achievement. According to the devs “It means defeat the Chieftain witn NON-upgraded Peasant, Healer, Archer and Witcher”. So, you can’t upgrade them at all in the main menu with mifril, but upgrades between levels with gold are fine.

As outlined above, you can’t level up any of the heroes in the first row (peasent, healer, archer, witcher) with mifril or you won’t be able to get the achievement. (If you are like me, this will mean having to start a new save file.) 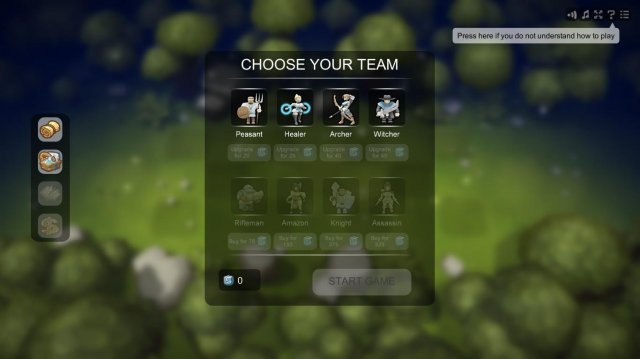 Every once in a while, a bonus item pack will appear in the top right of the main menu for purchase. I’m not sure what causes them to appear but there is one that has a star in it as a part of the pack. I’d recommend buying these if you see them as you will be a couple stars short of all upgrades after beating the game on the hardest difficulty (and getting all bonuses is another achievement).

If you followed my suggestions from above, then you will have enough stars for pretty much every bonus skill. Make sure to get the max money after battle (adventurer III), item slots (traveller III) and hero upgrades (merchant III). 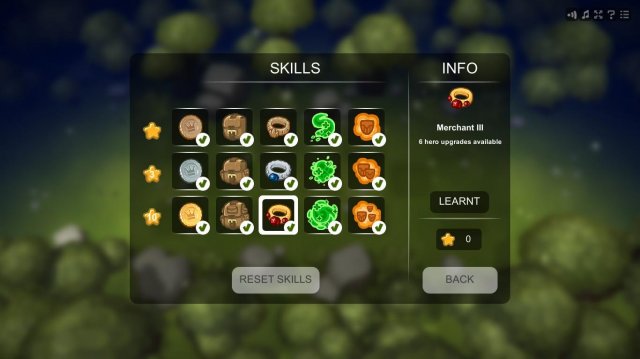 Next, head to the item store. Make sure you have at least 6 treasure chests, 2 potions of durability and 2 runes of resurrection. 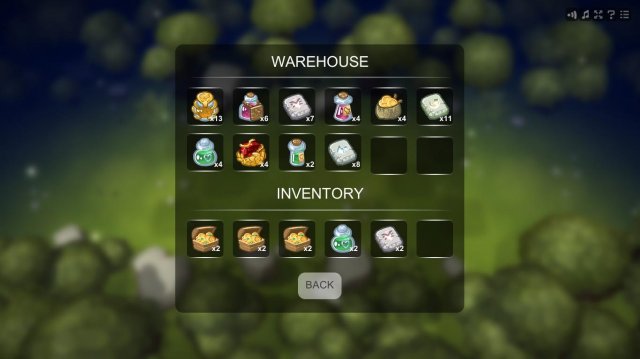 Pick whatever you want for the last item slot. I took potions of power but realized after that treasure chests might have been better.

Once you’re all set, it’s time for battle. The first level should be pretty easy. I find it best to switch the peasent and witcher (if there are no close range enemies) and leave the archer and healer to shoot. If an enemy gets close, put the witcher out to fight him (the witcher can start attacking from 2 spaces away). Once you beat the level, use every treasure chest you have. Buy health upgrades for anyone and damage for witcher, archer and healer. Buy ability upgrades for peasant, archer and healer, but as you beat more levels, focus more on the peasant and archer’s abilities.

Going forward, the peasant will be the one you switch to the back the most. Switch with the witcher if there are no close range enemies, switch with the healer if anyone needs to heal (being at the back also heals) and switch with the archer if there is a ranged enemy that you can’t reach. You shouldn’t have too much trouble getting to the end boss.

Once you have 4 or less levels left to the boss, use the potions of durability on your two weakest heroes (if you think you’ll need them).

For the last level, do the enemy waves like normal, and then try and switch the archer and peasant in the center lane to hit the boss. If anyone needs to heal, make it the peasant and healer that you switch. Once the boss gets close, switch the witcher and peasant until he retreats or dies.