I haven’t really seen anyone talk about this, and I found it really cool when I discovered it, I thought it was pretty cool.

As described in the roadmap, the crash site is on the south side of Temple, however, this information is quite inaccurate, because it is actually quite far to the east as well. Plus, I couldn’t even even tell which way was south at first because I’m an idiot. 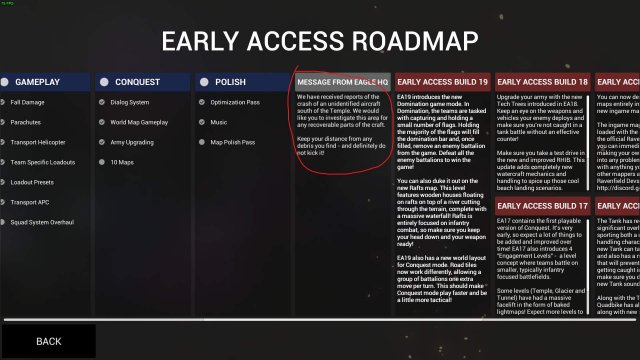 Basically, you will want to spawn at or Ruins because it is the closest to the direction you will be heading. When you spawn there, you should start walking in the direction of Temple, but then when you make it to the bridge, turn to the right and go to the frozen waterfall. (Also, try not to die from fall damage when you jump off the bridge). 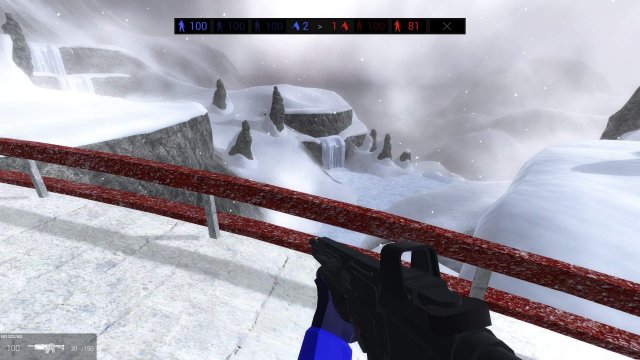 Then once you make it to the waterfall, look out into the distance. you will need to turn off weather effects in the settings to be able to see far enough, but in the distance, you should see a mountain with a long ridge going down and to your right, with the peak of it further to the left. Behind that mountain is another similarly shaped mountain, and together, the two mountains form a valley. 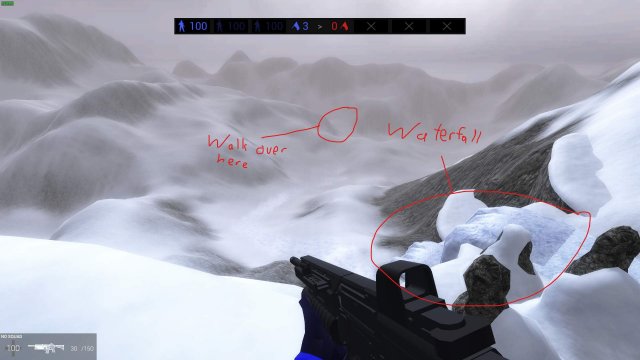 If you can see this, then you are looking in right direction.

This is the boring part. you have to walk all the way to that valley. 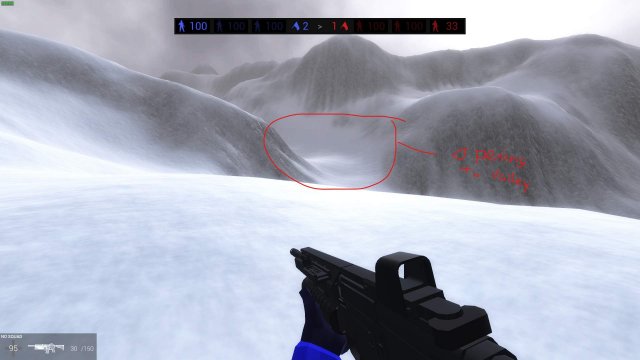 It will take about 3 minutes if you sprint the whole way, however, once you make it over the first mountain, you will be able to see the UFO in all of its glory. 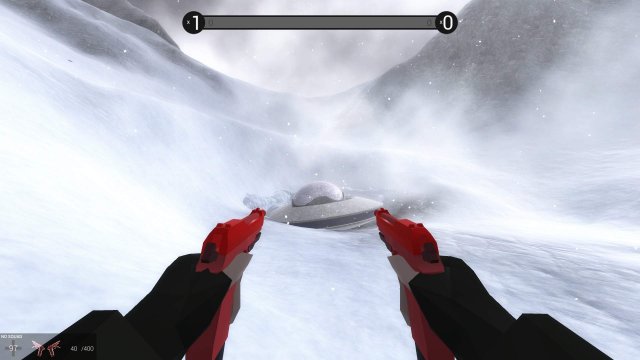 Note: Ignore the fact that my skin changed between the two pictures.

This step is the easiest. you walk right up to the UFO and press v to kick it. When you do this, a really weird and loud sound will play, and then the UFO will drain all of the blood from your body, which surprisingly, kills you. When you respawn, look in the vague direction that the UFO was earlier and wait. after a few seconds, you will see the UFO flying towards you. I recommend doing this in a lobby with bots turned on, or else the UFO will only go for you. It will fly around, shoot the ♥♥♥ out of people with the huge cannon on the bottom, and occasionally use a tractor beam to abduct people. 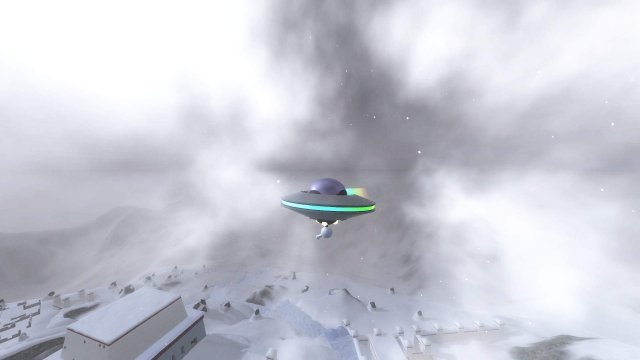 After doing this, it seems that the only way to deactivate the UFO is to restart the game, but even then, that sometimes doesn’t even work. However, i do know that if you start a new match on temple without restarting the game, The UFO will wake up on its own, so if you want to get some nice screenshots, you can go into spectator mode and watch it kill people. Fun.

Ravenfield – How to Win Battles and Campaigns Fast

Blitzkreig This is the best strategy for Ravenfield. Blitzkrieg was invented by the Nazis in WWII and in German it means ‘lightening war’. It is a legitimate and innovative strategy […]

Ravenfield – How to Fly the Plane

Sort of a guide on how to improve piloting in Ravenfield. Introduction While using the mouse as a substitute for an analogue stick sounds good on paper, my own personal […]