This guide contains spoilers to the beneath third boss, it contains all you need to know in order to access him. If you wish to figure it out yourself, you should close this guide now.

Step One: The Pursuer

Ever wonder why the developer will never disable the pursuer? Turns out it is the key to access the third boss.

The first thing you need to do is to capture a pursuer. To do so you need to head the shop in Ruins-1 and locate this item. It is guaranteed to spawn if you had never captured a pursuer before, and it costs 1500 gold to purchase, so you should save up some money before hand. 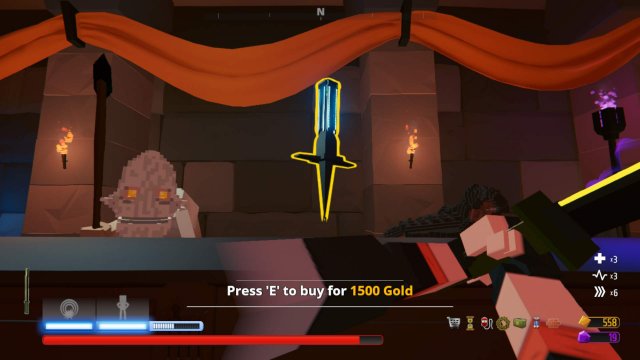 Once you acquire the device, I recommend heading towards an empty room, preferably near the exit, to set it up. After that you should wait until the pursuer shows up, and lead it to the device location. 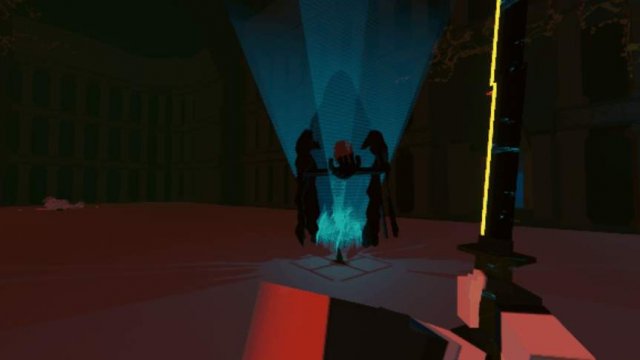 Once the pursuer is captured, a message would show up saying that “A pursuer has been teleported to the facility.” Beware that pursuer will still show up in other levels.

Now you can choose to continue the run or return to the facility, since we have business there.

Have you noticed there is one particular NPC in the facility that walks strangely and shoves you around if you bump into him. Now is the time for revenge!

The pursuer you just captured can now be seen in the facility. It occupies a previously empty cage, and has a pipe with the pursuer heart hanging outside of the cage. Take the heart and go find the strange guy. 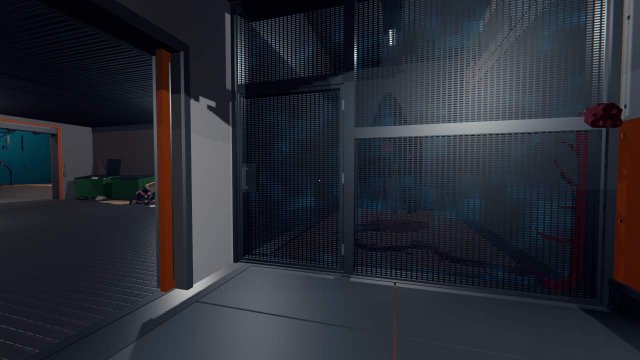 Once you find him, you can choose to throw the heart at him, or let him bump into you. It would splatter and stick on his body. You should now wait until he heads towards the elevator. Something interesting will happen. 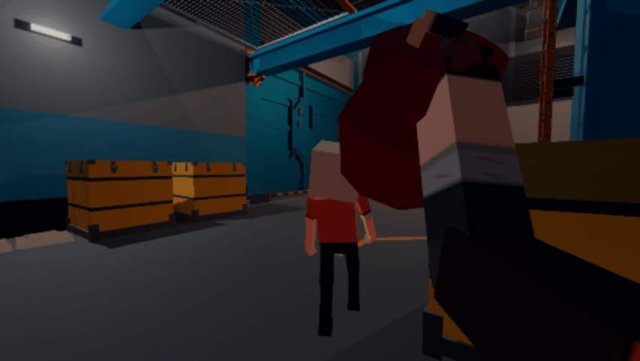 Once the interesting thing happened, you can now start a new run.

Something weird happened. When you get off of the elevator platform, you are greeted with a pile of red goo.

Once you see this flesh bud under the elevator, it means you are closer to accessing the third boss. 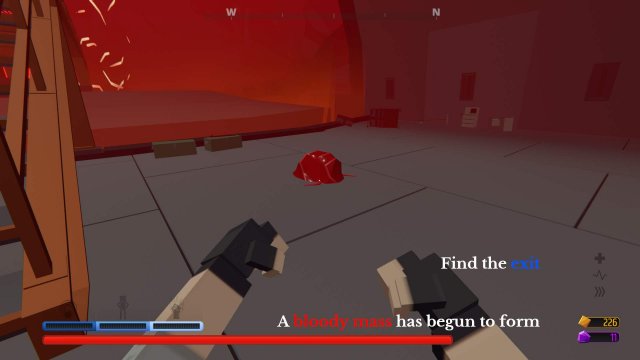 However, this flesh bud will grow in four runs before it hatches. You can choose to go for four runs and get more upgrades, or if you are well prepared, abandon run and restart for four times. It will show this message once you start the fourth run. 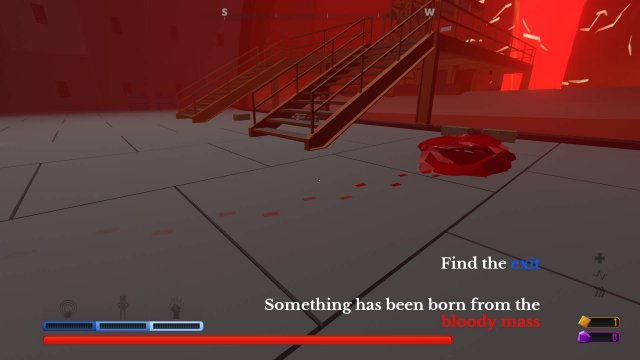 Congrats, you are now a father/mother! Expect you child is a literal eldritch abomination.

Your newly born child is now wondering in either Ruins-1 or Ruins-2. If the vines in the level has been replaced by bloodstreams, then you know he is there.

Once you see the bloodstreams. You need to locate this room. 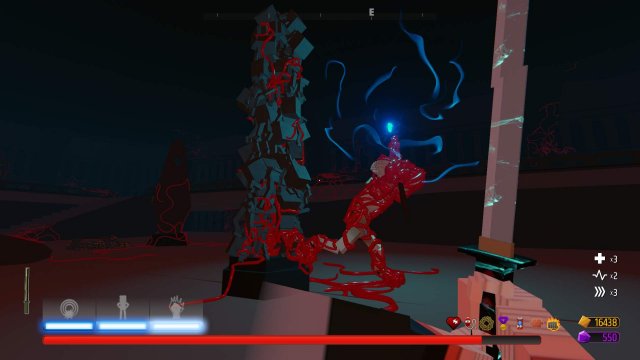 The staff is what you are looking for, however it is being held by an unkillable giant mage. The trick here is to wait for the pursuer (again…). Once the pursuer is here, lead him past the mage so his body decays and drops the wand. Pick up the wand since it would act as a navigator. The staff would shine red if it is pointing at the pursuer portal, which is your destination. 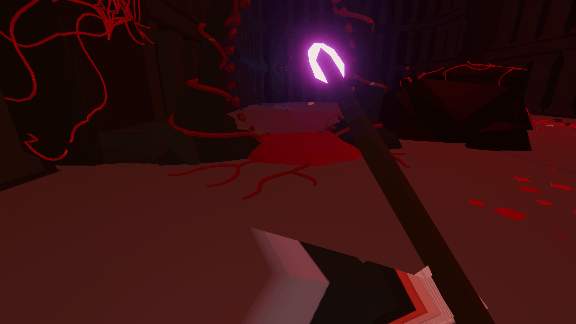 Fire a shot using the staff at the center of the portal, it should now have a less transparent surface in the center. Enter it to proceed to the next step. 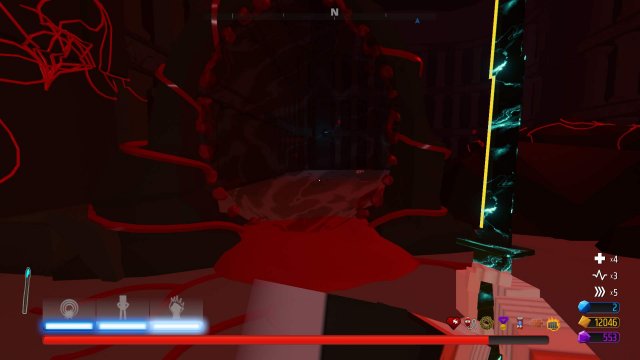 In the end of the path, there are two devices. One for the reborn, and one for you.

If You die in VR, You Die in Real Life

Once you enter the virtual reality pod, you will enter The Construct. The construct consist of four sections. Each section is a distorted version of the scenario you can play in the main menu. This is because the reborn did not have full knowledge of the simulations in the facility. You need to complete all four scenarios by defeating all enemies inside and find the exit. 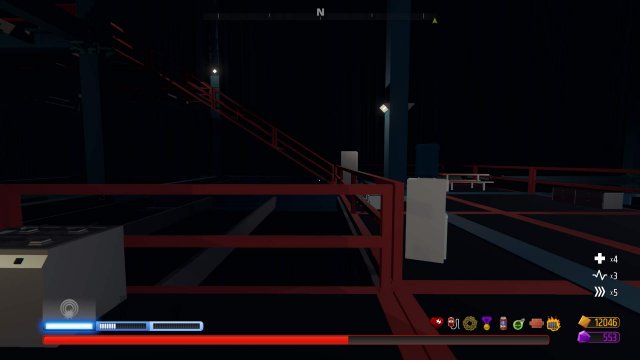 Some notable loot you can pick up in the scenarios include a hidden shotgun in the prison and the black katana from the Yakuza Boss. 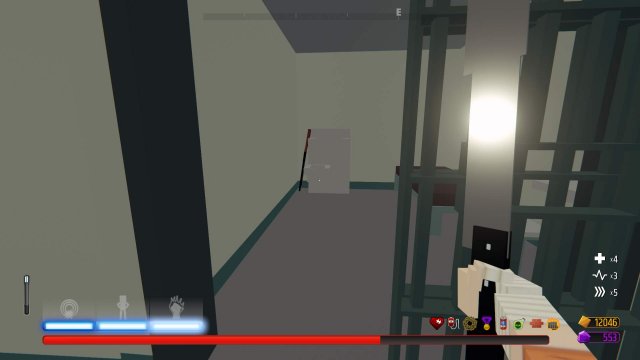 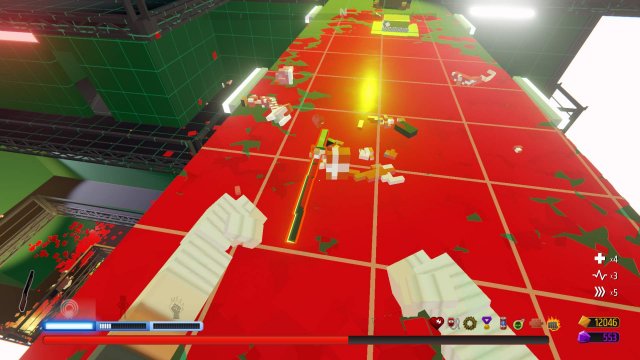 Once you complete all four sections, a new portal will open and you can now face the third boss.

Even in his world, he is still a loser. 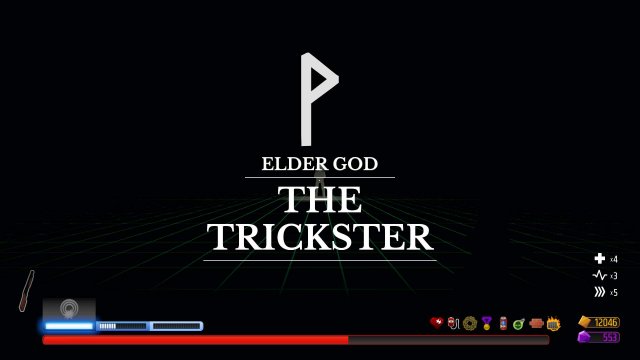 The most interesting boss in my opinion. He has four drastically different attack pattern, and one of them would cause instant death if you are not careful enough.

He will always open up the fight with this. It deals massive damage if you stay close to him, so it is advised to go in for a strike then back down. 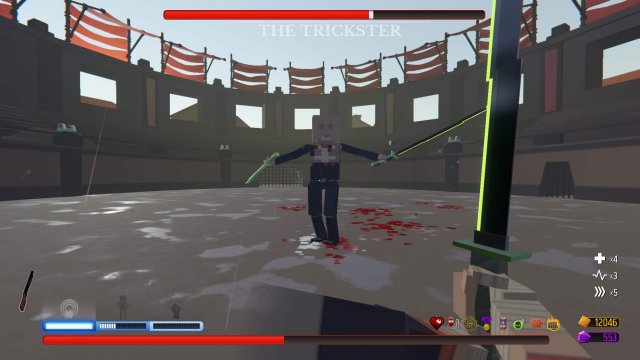 He deals the least amount of damage in this stance, however he has insane attack speed, so you will most likely be trading blows with him. It is also harder to headshot him since he will be guarding his face. 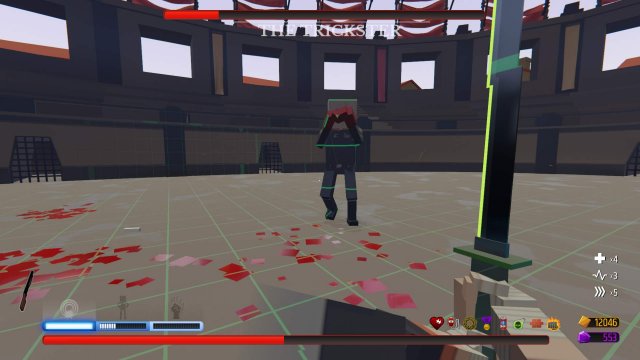 He will sometimes whip out a shotgun and a shield. The shield is considered unbreakable since it can resist at least 15 black katana strikes from a mauler (I tested that myself). He will back away from you and open fire if you come too close. If you happen to find a ranged weapon in the arena you can try and shoot at his feet, or you can wait it out. 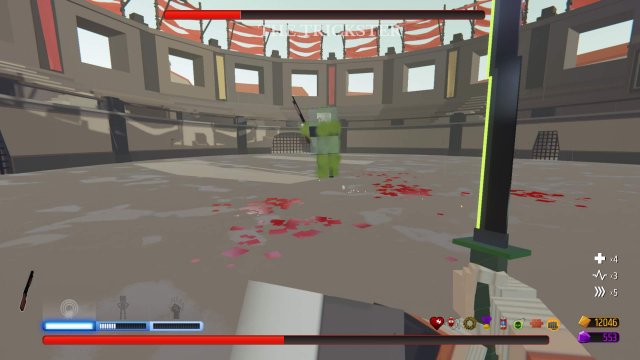 The most nasty attack of all, not because of the cannon, but the fact the arena will be flooded with water, which instant kills you if you fall into it. I recommend jumping from island to island without stop so the cannon does not knock you into the water. Of course, you can also jump onto his island and damage him, but it increases the risk of him knocking you into the water. 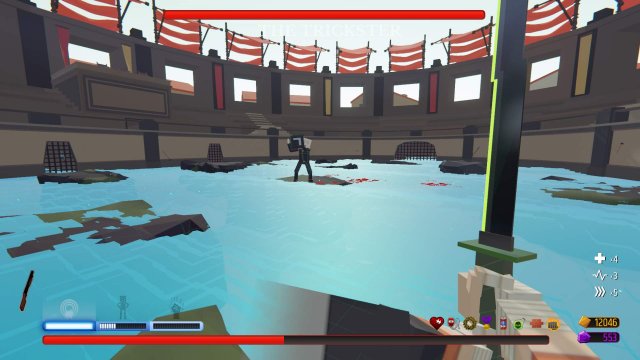 How to Defeat Him

After you deplete his health bar, you will realize something is not right. He can keep on respawning since it is his world after all. The key to win this battle is to find the reconstruction cubes, one will appear after you deplete one of his health bar. Press “E” to interact with it, and once you restructure the world enough you will defeat him.

With that you have now successfully defeat the third boss! That means you can now access the locked gate and fight the final boss if you previously fought the two other bosses.

You will be sent to Caves-2 after the fight ends, which means you can purchase more power-ups to fight the final boss.

You have heard of shards, haven’t you? The blue octoganal gem that you see in the pause menu. Well, what are they used for? How do you get them? Well, […]

This guide explains where to find the symbols from beneath hidden in each scenario. Guide ContentsBiker BarDiscoThe PrisonThe CoveSaloonFun Fact Biker Bar The biker bar symbols are hidden in the […]