This guide will explain in detail how you can make a lot of money in Mafia II in both the easiest and the fastest way possible.

This method of money-making can be pretty boring, so if you can’t grind things that are boring, you’re in the wrong guide.

Important Info: You don’t have to read the entire guide if you don’t want to. The “Background Information / Question” and “How Is This Way The Best Way” sections were thrown in for people who might want to know more than just the method. Also, there are a lot of spoilers I put in this guide that I correctly censored if you didn’t beat the game yet. With that said, I hope you found this guide useful!

I recently (at least at the time I made this guide) started being a gamer, and while this game (Mafia II) was on sale for 80% off, I decided to purchase it, making it the first PC game I’ve bought. I do not regret getting this game at all, as the game does not lose its fun, despite me doing multiple playthroughs of it! I’m thinking of writing a review on it, but I’m going to cash in some more hours before I write anything. But one thing I kind of had problems with during my first playthrough was the amount of money I had. I’m kind of a terrible driver and mess my car up a lot, and I like having a lot of money on me for no reason as well. So I brought myself to the question:

How do I make a ton of money in this game? 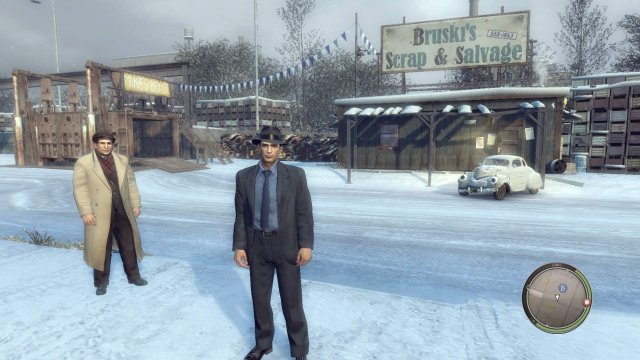 Located behind Joe in the picture, Bruski’s crusher will crush cars you put in it (hence the name) by driving a car in it, going up the stairs on the right side of it, and using it. Doing so will award you with at least $400 per vehicle, specifically 400-450. For not having to fight or kill anybody, this gives you a good amount of money. 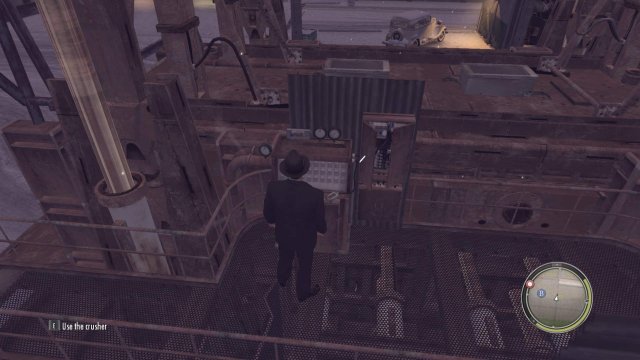 You unlock the ability to use the crusher when you first meet Mike in the second half of Chapter Two. You can farm the crusher in any chapter except the 1st and 6th, since Vito is participating in World War II in chapter 1, and in jail in chapter 6. from my experience, you can farm thousands of dollars from the crusher in 10 minutes at almost any time during those 13 chapters.

How is this Way the Best Way of Getting Money?

Bruski’s crusher provides the overall fastest and easiest way to make a lot of money in Mafia II compared to every other way you get money in the game:

NO Stores can be robbed twice in a chapter, meaning if you rob a store in chapter 4, you can’t rob it until chapter 5. This means you are limited to how much money you get from stores a chapter.

Since you can only rob a store once a chapter, you have to travel across the map to reach other stores you might have interest in robbing.

Gas Stations- Push the cashier and take $50-100 for like 5 seconds after walking in a gas station. There aren’t that many gas stations in the map, and most are far apart. While very easy, they are not fast if you are trying to rob all of them, nor good on money.

Clothing Stores- Like gas stations, push the cashier and take the $100-300 in the register. While this is still fast if you rob one of them, there is a chance there are gangsters in the store that will fight, or even shoot you up upon threatening the cashier, meaning if you want to be safe, you have to shoot people in there that could be a gangster (while experienced players will easily know which people are gangster characters, they still have to take time to address them.) This way is still less rewarding than the crusher, and can be harder since gangsters can end up shooting you up if you’re not aware.

Gun Stores- Running in and shooting the old man in the face with any weapon is easy and fast enough, and can give just as much, maybe even more, than the crusher. However, just like gas stations, there are a limited amount of stores, and farming all of them will be slower than crushing cars. This method can be more rewarding than the crusher IF you only want a few hundred dollars and a gun store is close by.

Importing Cars To Derek- While I haven’t really imported cars to Derek, Derek doesn’t take any car like Bruski’s crusher, and farming imported cars can easily become way slower than the crusher. However, like the Gun Store, if you only want a smaller amount of money, and you have a car you know Derek will take, importing it is a good idea.

How to Crush Cars @ An Efficient Rate

Since you’re grabbing cars to crush for Bruski, you need to actually FIND cars. Located right next to the crusher (at least 90% of the time), there will be a random car you can smash or pick open to crush. 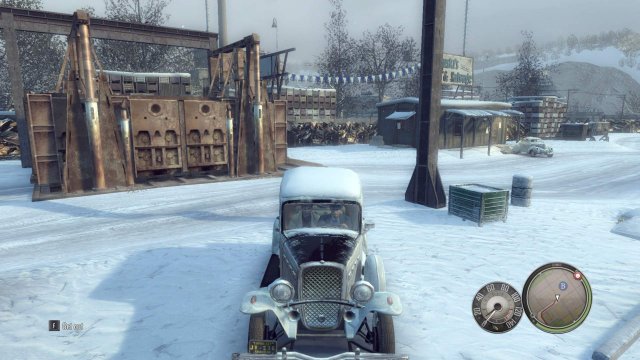 However, after that vehicle is gone, you have to find another vehicle to continue crushing for money. The space a car would spawn next to the crusher respawns a car when you go far enough away from the Junkyard. To farm Bruski’s crusher the RIGHT way, after getting in the car next to the crusher, you drive the car straight and out of the Junkyard until you reach the wood pole located in this picture, then turn around and go back in. 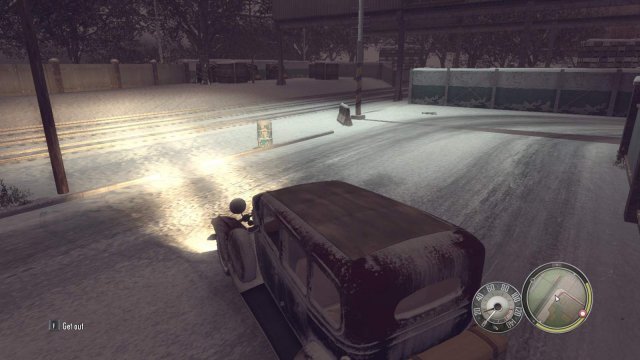 As great as I make the Crusher sound, there are problems you might (and probably will) run into while grinding this method. 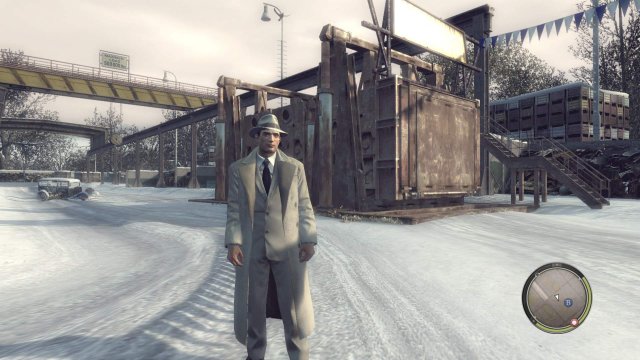 Sometimes, the crusher will go to crush a car, and not give you money and/or get stuck and won’t open. To fix this, you have to go far enough away from the junkyard like how you would to spawn the car, but you’ll need to go further than the wooden pole in the previous picture. You have to go to the pole with a vent next to it, then U- turn back into the Junkyard. If it’s still stuck, you didn’t go far enough. 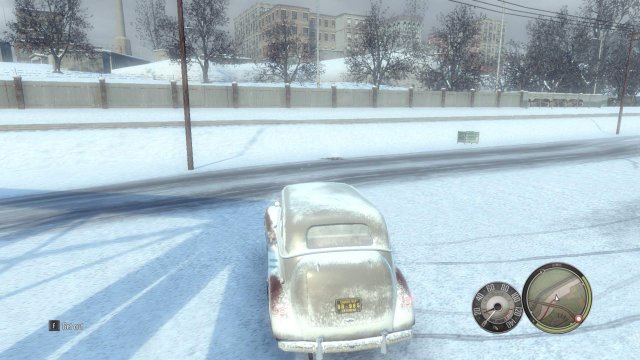 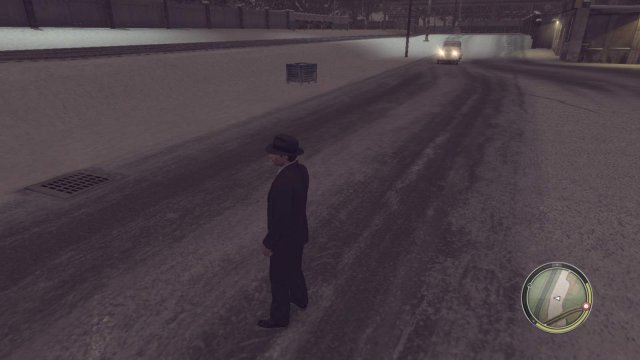 If you try to respawn a car and it doesn’t work, there are two possible reasons:

A. You didn’t go far enough away from the Junkyard (get to the first wood pole and U-turn back in)
B. If you were grinding the crusher for a long time, you’ll reach the point that cars won’t respawn next to the crusher anymore. it doesn’t stop after a certain amount of cars were crushed or money was reached, but if you were using the crusher a lot, the cars will eventually stop spawning in.

Smash windows! I like picking locks in this game, but when you get the same amount of money for crushing the car no matter how much damage is done, it saves time to smash the windows of the locked cars.

If you read “Problems & Solutions” before reading this, you would know there’s a chance that cars will stop spawning after a long run of crushing cars. If you still aren’t satisfied with the money you have after the cars stop spawning, come back the next checkpoint. The cars will go back to spawning after you complete a mission in the story. Example: In chapter 3, you can use the crusher right after you wake up and get dressed until cars don’t spawn anymore, go see Derek, go back to the crusher and use it until cars can’t spawn anymore again.

I highly suggest you limit what chapters you farm to these:

Chapter 2: The money you farm by the end of Chapter 2 will be with you when you start Chapters 3, 4, and 5 (Vito is arrested in Chapter 6, then the money he makes from these chapters are sent to his mother’s funeral that happens while he’s in prison) . This means you won’t have to farm money for those chapters if you already stockpiled a ton in that one.

Chapter 7: The money you farm by the end of Chapter 7 will be with you when you start Chapters 8, 9, 10. and 11 (since Vito’s house is burned down during the 11th chapter, he loses all the remaining money you would’ve still had from chapters 7 up).

After Vito’s house burns down in Chapter 11: Since Vito lost all of his money from his house being burned down by the Irish in the second half of Chapter 11, the money you farm after that point in time will be with you for the rest of the game.

Mafia II – Has Anyone Caught The Greaser?

So, ill write something about this… The Greaser Well, i got many attempts to caught this car, and i see some ways to do this… Before he get into highway, […]

This guide contains the locations of all the wanted posters in Mafia 2, which upon collected will grant the Card Sharp achievement. A full zoomable 2000×2000 map is included showing […]