Be warned! This guide contains spoilers and is for experienced players/ DLC owners. You were warned.
Everybody knows “Stuffed Turtle” by now, but entering a mart and collect a few packages and leaving over and over again can be very annoying. Additionally it’s kind of dangerous too. The water is electrified, and sometimes a big ugly guy grabs and bites you right in the face just as you leave the mart. So I tried to find a few alternatives. The problem is, these are bound to DLCs, e.g. “The Following” or you have to reach a certain point of no return in game. Still with me?

Base Game / Oldtown / Quest: The Museum

It’s almost at the end of the game, but it will suffice for our needs.
We need XP and we need them fast.

So here you can make 400 – 500 Disaster Relief packs per hour, “if” you get the hang of it. It is easy and absolutely safe, even at night. At night it’s a bit slower, because it’s pitchblack dark and you need to turn on your flashlight.

The location is indoors, so time flow is very slow. 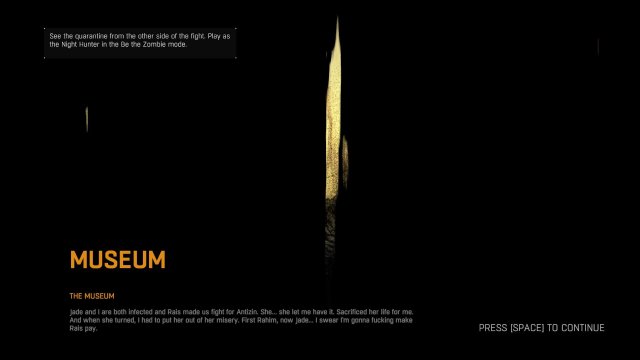 But before you get the good stuff you need to complete the whole mission, including 20 goons and somewhat 100 zombies. Oh… and you fight against Tahir.

After your fight you will reach a zone where two goons are waiting with your “players stash”.
Ask those guys nicely to give it back to you!

There are two DRPs in the area, after you pick these up you can quit your game.
If you chose continue on the main screen you start automaticly in the next room.

Here you will find three vans with DRPs, the fourth (the one in the middle of the picture below) has only bags in it. And don’t mind Rais, he is only talking.

The best part of it are the loading times between quit game and continue; because of the almost static environment and the small area the game starts very fast (depending on your harddrive).
Three runs per minute are doable. 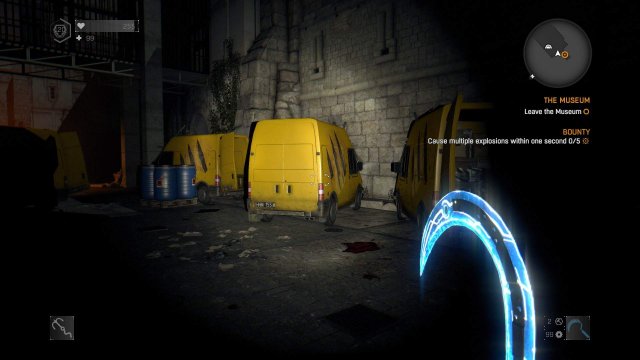 Sadly, if you leave the area through the door, you can never return. Or you have to play the whole
quest again.

After two hours your inventory should look like this.
I took a few breakes, of course. 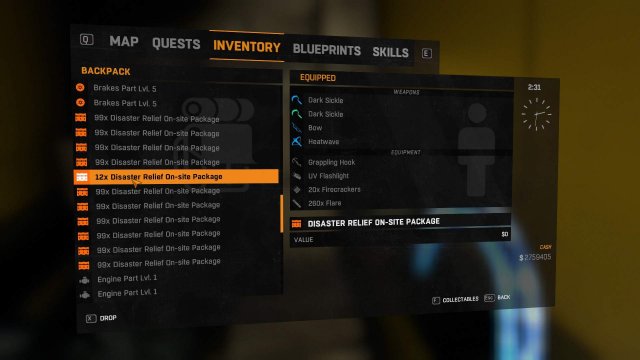 This is not the best way to level up your character, but it is a way to level up without soul-crushing labour. You can actually do something good. Kidding aside, you get experience during the quest and earn Trust with the Faceless.

The quest can be started as soon as you read the message on the board (shortly after you fix the water problem).

Your main objective is to hunt down a Bolter and bring back his liver to the elder of the community.
This will give you 120,000 exp at night on nightmare for each liver delivered after you completed the quest. You get additionally 60,000 exp if you kill the Bolter on nightmare.

The best way to obtain a huge amount of fresh livers from Bolters is to hunt them with the crossbow.
I did this quest with bow upgrade at lvl 10 and Heatwave crossbow, so I can’t say if it works with less than 2,000 DMG. 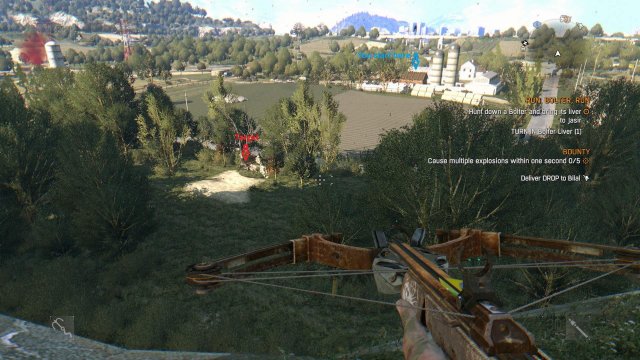 This little fella is the easiest one, he is always at this location to eat the corpse.
All you have to do is circle behind him and shoot him in the a.
The best weapon to do this is the crossbow. It’s silent and very precise.
The Bolter has a target indicator and distance to target shown on his head, that makes him easy prey.
You can’t sneak up on him, if you get closer than 25m he will run for his life.

As long as you don’t get closer than 30m you can grapple or slide to save time, no need to crouch.
I don’t recommend a direct approach, because he has high ground and there are zombies on the field. Stick to the road, flank him and bring yourself in the perfect position for the shot.

I prefer 26-29m distance and aim between the small wall and the tree. Do Not Hit The TREE!
After recollecting your bolt and collecting his liver, you can grab two herbs and quit the game.
When you click continue on the main screen you will start again in the barn with the “Run, Bolter, Run” quest.

If you turn the liver in, not only the quest will be over, this Bolter will vanish forever.
All other Bolters are hard to find.
Bolters in this region can only be hunted during the day.

Map with safe route to the Bolter. 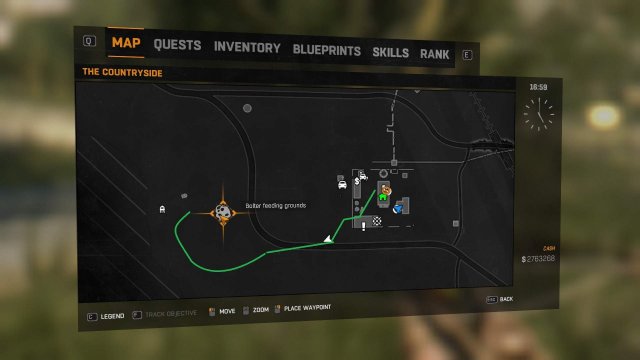 I admit this is not a very fast method to level up, but you get skill and hunting is more satisfying than just grabing packs. Plus you get valuable recources, and don’t forget the trust-points.
You can boost your trust level to the maximum with this easy task.
Just don’t forget to play it on nightmare difficulty.

Dying Light – Boosters and Their Importance in Early Game

Tired of getting your a$$ handed to you in the early game by low level bandits and mere biters? Just follow these few steps to become unstoppable. Guide ContentsThe Gist […]