A short guide explaining the locations of the three recipes required to get the “master chef” achievement.

This one can be found in the area where you will fight the snapper.

Nearing the end of this playable teaser, you will get to the gate of the old camp with diego, which is guarded by bloodwyn and be instructed to kill a snapper.

After you cleared the area, you will find a small opening in the cliffs between the grave and the pot to pee in ( right behind the two scavengers )

Following this opening, youll get to a chest in which the recipe can be found. 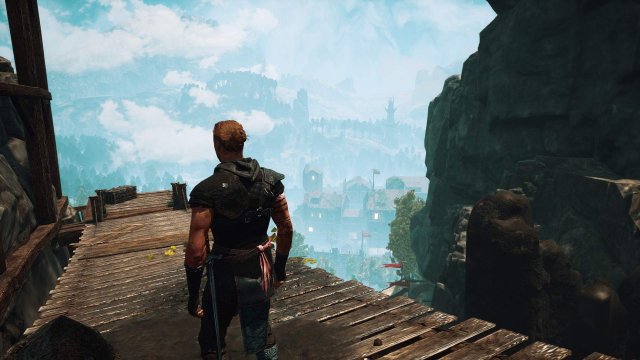 This recipe can be found where you will pick the first seraphis, around the first gate to the old camp, which will initially be locked and guarded by Orry.

Going up the ladder and following the path a bit, youll find some small cliffs to climb.

Follow them to the top until you can either jump to your left to pick the seraphis, or jump down to your right, where youll find a small sleeping bag and a chest containing a recipe.

This will be given to you by Orry after completing his sidequest.

Youll have to give him a seraphis plant first, after which you will be able to ask him about his boredom.

He will ask for luxury wine which can be found near diegos camp, where you fight the three wolfes to get a note about the attack of the previous night.