In this guide I will go over and explain: coming back from the verge of death and using Headset Crabs as weapons.

Coming Back From The Brink Of Death

Anyways as you may have read in the guides description, yes it is possible to come back from almost dying and no, I’m not talking about waiting for your health to regenerate. What I am referring to is the dying state you will fall into when your health drops to 0 which is noticeable due to 3 indicators.

The game never teaches you this mechanic so it’s possible to never accidentally stumble across it but it really does help save you the pain of having to walk all the back from a checkpoint so I consider it pretty vital.

If you’ve played the game long enough to come across one of these bouncy little fellas and were unfortunate enough for them to get the “jump” on you then you know that if they get a hold of your face then they will actually suck you into the headset and slowly kill you which is what we will be using and exploiting these creatures for.

So yeah Headset Crabs hurt you in two ways 1) being they claw you causing lacerations and 2) attaching to your head and, well I’m not exactly sure what happens if it stays attached since I always freak the f*ck out like Marv from Home Alone when he had the tarantula on his face, but you do die from it. So yeah first off lets theoretically say your coming home to your MythOS studio apartment after you just moved out all of your MythOS grandpa’s belonging and furniture from his MythOS home into a MythOS storage unit cause he died of MythOS Tuberculosis and as your walking home you see one of these dudes coming at ya from down an alleyway. 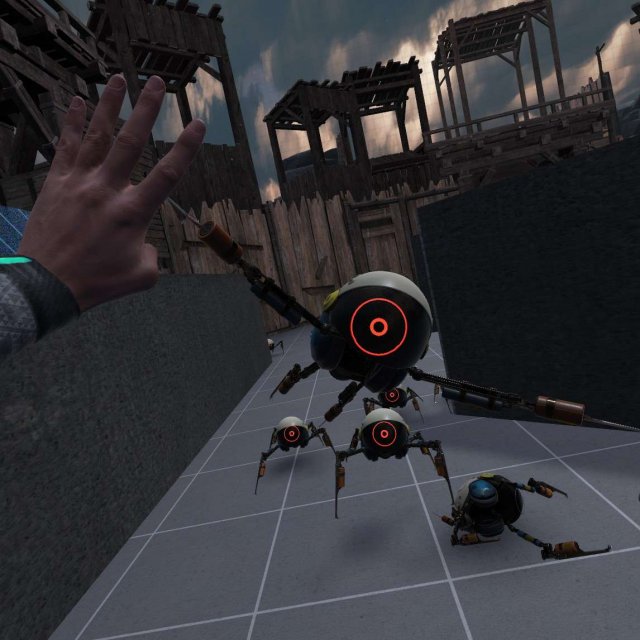 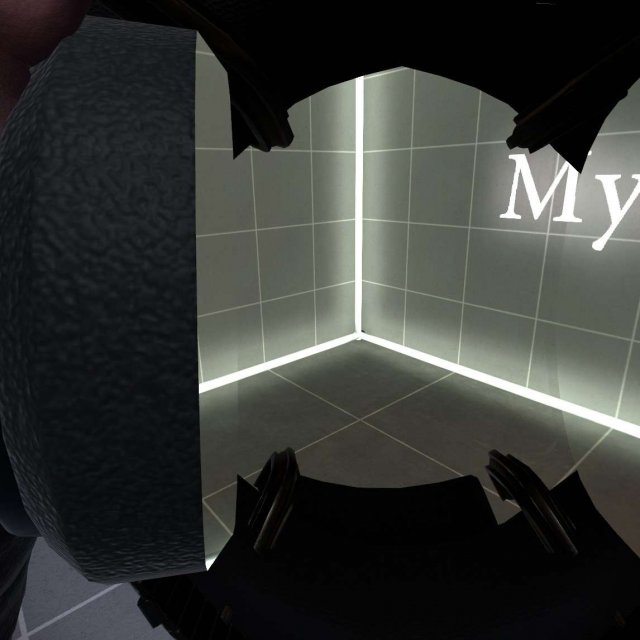 So whadya do now? Well I guess you could just keel over and die of a heart attack from essentially having a giant spider jump up and wrap itself around your face but if you got nerves of steel then all you have to do is simply put a hand in front of your face or grab the crab and push/pull it off. 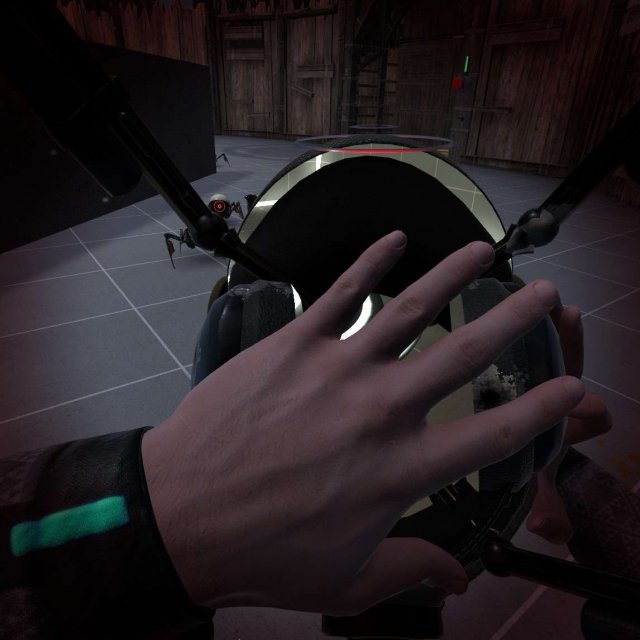 Congrats, now that you did that you can now live the rest of your life with the knowledge and traumatization of the closest experience of what it would feel like to have a Face Hugger on you.

If your clever or intuitive enough then it may have occured to you that this face hugging attack can actually also happen to other enemies and doing so is moderately easy enough to do and it’s a decent combat strategy if your lacking any firearms or just feel like goofing around. So the first step is to catch a crab, to do so just put a hand up and grab it as it collides with your hand (use slow motion if your having trouble). 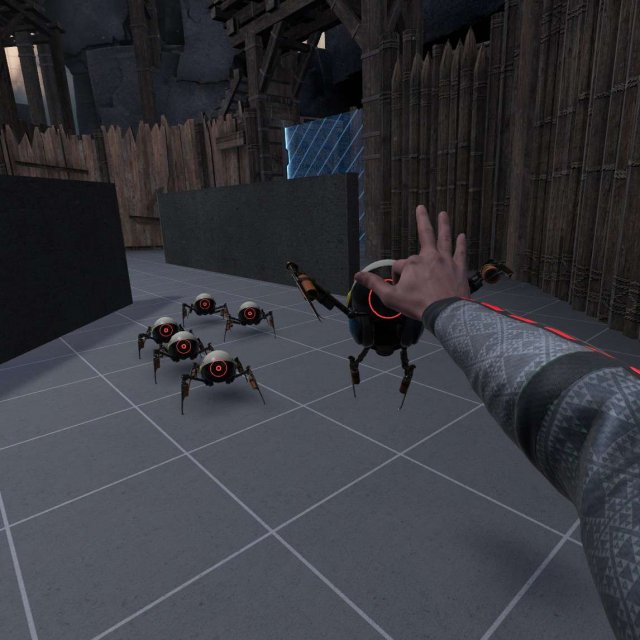 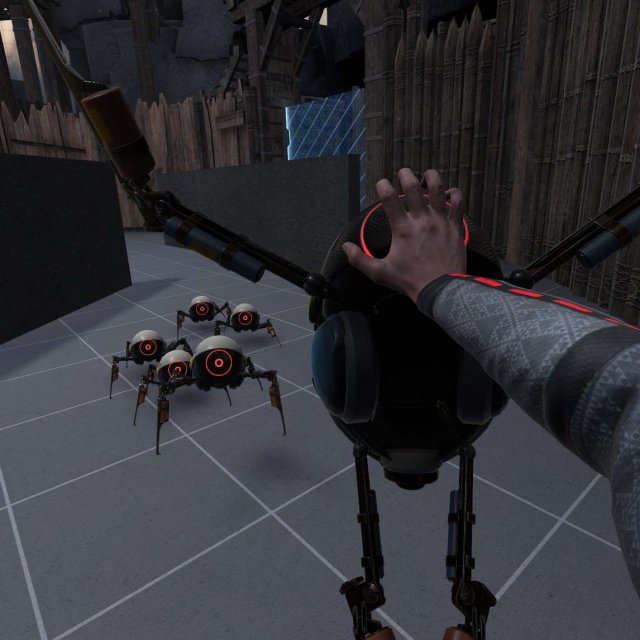 Next reorient the crab in your hands so you have the underbelly facing outward. Then go and find a friend to give them their new Valve Index to. Oh and make sure you help put it on their head for them, that’s what friends are for after all. 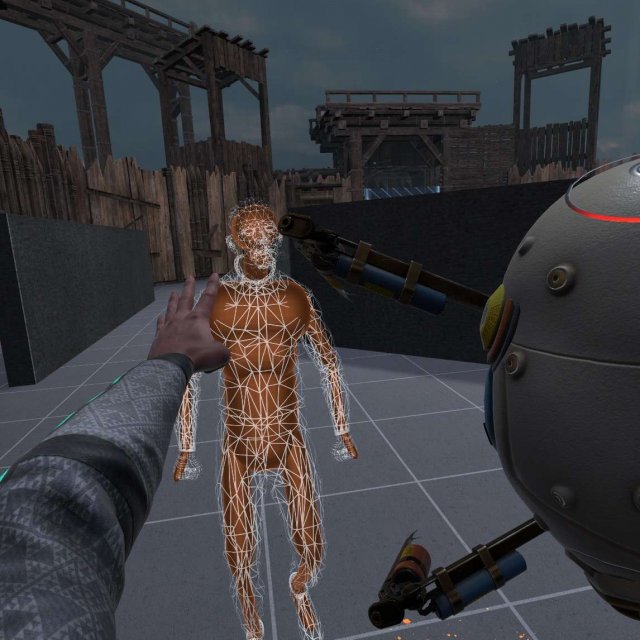 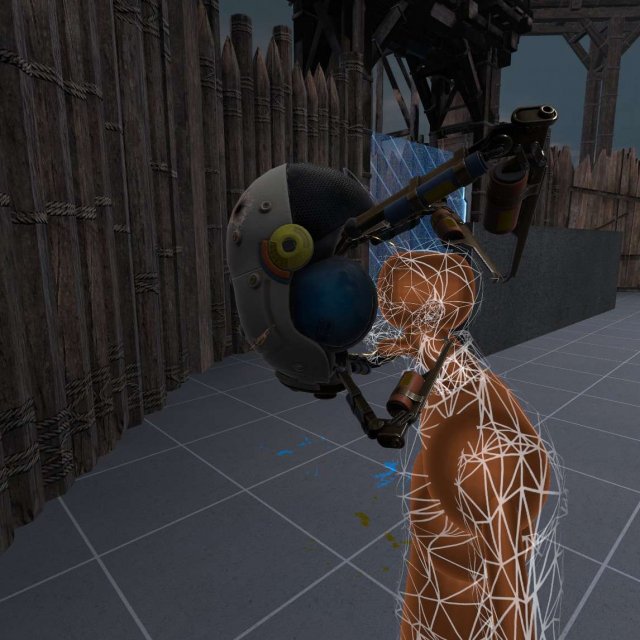 After attaching the headset to your buddy ‘ol pal, they will immediately begin ***ing themselves from experiencing the delight that is the virtual world. This will inevitably cause them to die after excreting so much fluid in such a short amount of time which upon death the Headset Crab will release the wearer and begin roaming around for heads to hop on.

Something to note though, the crabs don’t seem to attach to the hologram security bots however you can actually attach Headset Crabs to other Headset Crabs. Just grab two and put one on the front of the other. 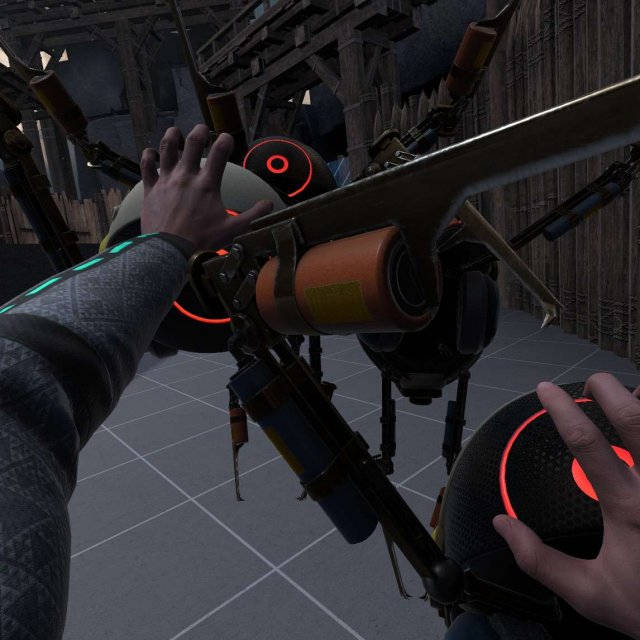 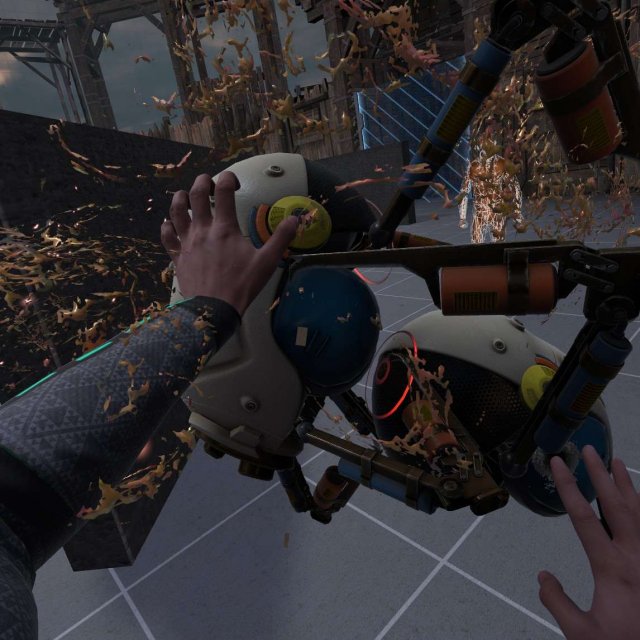 Now I’m going to leave this next part covered up in case people want to find this out for themselves but there is actually a technique with this that you can go further with.

Here it is. So if you’ve ever watched or heard of the movie “The Human Centipede” then you might have realized that if you attach a crab to a null body or another crab you can attach an additional crab to the other one and that will damage it as well, though it’s a real pain in the a$$ to chain multiple crabs so only do it if your feeling goofy / bored.

Now some quick closing tips to the Headset Crab section of the guide.

BONEWORKS – How to Save Up Currency (Ammo) in Story Mode

BONEWORKS – How to Get New Hover Junkers Map!

This guide will tell you how to get the map in Boneworks sandbox. Where to Find the Module First off, head to the Towers location in the story mode. Go […]

This guide will show you how to get the katana and other weapons for sandbox. What Did Those Poor Barrels Do to You? So once you’ve loaded up the game […]