Casual guide on creating your first squad and starting the game.

First things first, you have to choose a hero. There are 8 different heroes to choose from. Heroes differ in appearance, gender, parameters, and talents available for study. All further actions in the game will be associated with this particular hero. Subsequently, you will capture settlements, hire and train garrisons, and select talents to study for each mercenary in your settlements. But you can only navigate the strategic map with one squad, and the hero you selected will never leave the squad.

Click on the portrait to select the class and gender of the hero. Do the same with the mercenary. At the start of the game, 10 different mercenaries are available for hire. In some settlements, you can hire rare mercenaries, which are not available at the start. The hero is unique, yet there can be many mercenaries. They can transfer from squad to garrison and vice versa.

Check out the bonuses the hero brings to the squad. All of them are useful to various degrees.

If you get under your banners many mercenaries with high defence, then the choice of bonuses increasing protection and giving regeneration is more than justified. Your leisurely and deadly magicians would be happy to receive a bonus to Initiative and life steal. If you like higher squad mobility, then the bonus to movement range on the strategic map is what you need.

You can choose several bonuses at once. Choosing each bonus reduces the difficulty of the game. The only limitation when choosing bonuses is that the complexity of the game cannot fall below 40%. 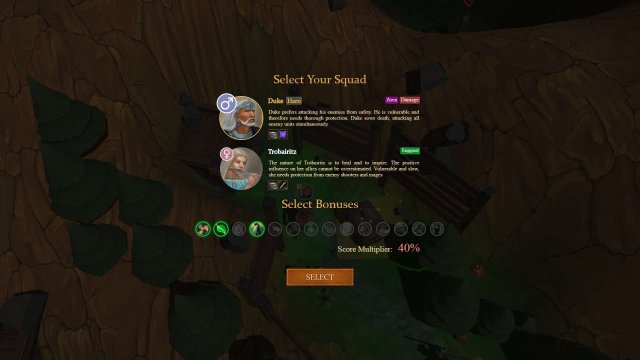 Now you are on the strategic map. Green tiles indicate where your squad can reach in this turn. Yellow tiles indicate objects with which your squad can interact. Moving through the green and yellow tiles does not consume unit action points. Red tiles are controlled by enemies. Moving into the red tiles always activates the combat and deducts all action points on the strategic map. The black mist hides undiscovered terrain. 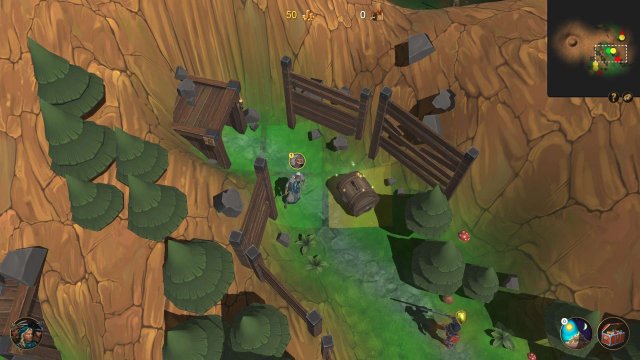 Your squad is almost ready to start your adventure. Before rushing into battle, go to the squad menu – an icon in the lower left corner. There are 6 slots in the squad – units in the right line in combat will be in the front line. Units in the left row will hide behind their backs. While there is at least one living unit in the front line, their associates in the back rank are safe from melee attacks.

Do not put melee fighters in the back line, as they will not be able to attack enemies from behind their comrades.

To change the location of a unit in a squad, simply drag the portrait to the desired slot.

Pay attention to the plate with the name of the unit’s role in the battle. A good move is to put strong melee fighters or any other units with the ‘Tank’ role in the front line. 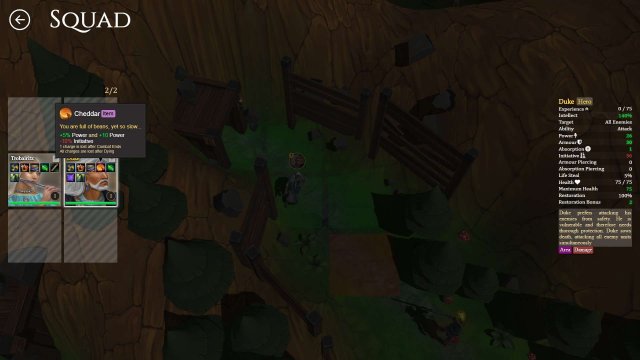 Now it’s time to learn about your hero and mercenaries parameters.

If you click on a hero or a mercenary, their parameters will be displayed on the right side of the screen: 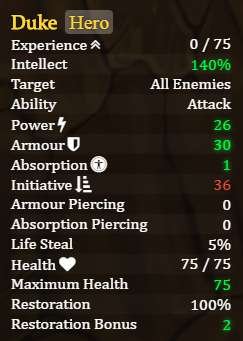 How to Use Objects

There is a very tipsy Dame on your way. Pick up food in a chest nearby. If you are not confident in your abilities – feed your hero and the mercenary with food from the chest. Barley Bread will increase health and cheese will increase damage and healing. All usable items are placed in your Inventory – there is an icon in the lower right corner. To use an item, simply drag it onto the portrait of a hero or a mercenary. 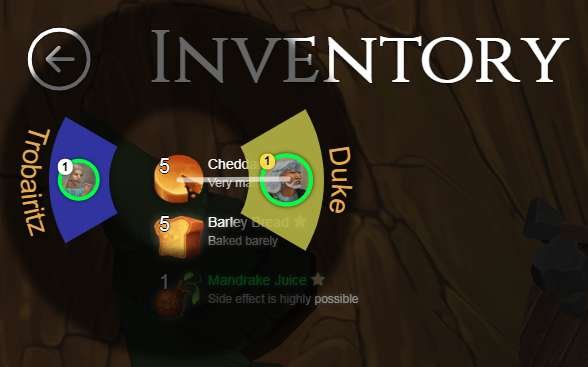 Now You are Ready to Attack

In battle, all units can use tactical commands – ‘Defend’, ‘Wait’ and ‘Run Away’. Using the ‘Defend’ command for 1 turn puts the unit in a passive state and halves the damage it takes. It is very useful when health is low and there are many enemies.

Using the ‘Wait’ command delays the unit’s action to the end of the round. If several units used this command at the same time, then the fastest units will be the last to turn. This is a very useful command. Using it, a fast archer is able to deal with a slow healer. The healer is forced to use their healing and will not have time to heal the damage received from the archer in the current round. And in the new round, the archer will get the move earlier and shoot at the healer before they can heal.

Using the ‘Run Away’ command is justified when the enemy is knowingly stronger. After using this command, the unit will leave the combat as soon as they get their next move. A battle is not considered lost while there is at least 1 live unit in the squad. 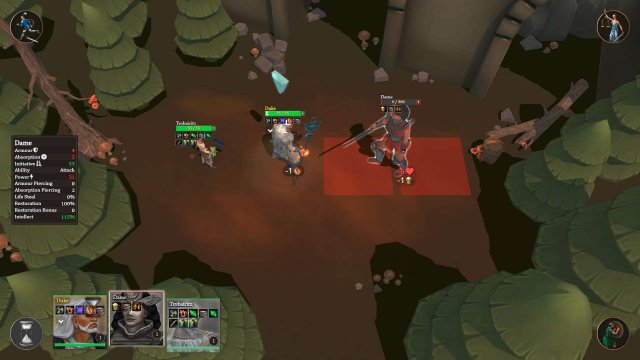 A mouse click on the figure of any unit in battle shows all possible actions with the selected unit. The ‘Inspect’ option is very useful. It shows the parameters and learned talents of the unit. 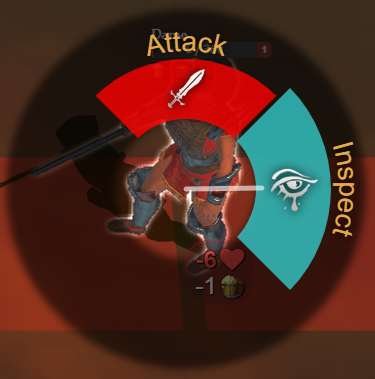 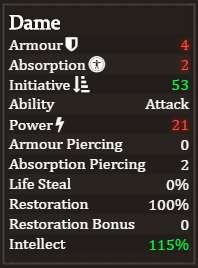 After the victory, all units in the squad gain experience. Units gain experience for the killed enemies. If a unit died in combat before at least 1 enemy was killed, they will not receive any experience. 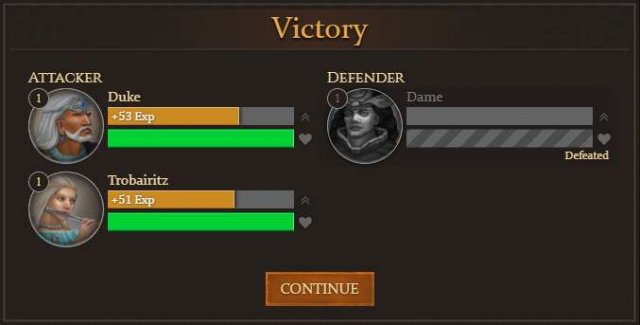 End of the First Day

Your first enemy is defeated. You will find many different enemies. Garrison troops are very dangerous, as settlements provide defenders with a powerful protective aura. But the most dangerous enemies are enemy heroes. They attack your squad and settlements belonging to you, and also they hire reinforcements in the garrisons of their own settlements.

Your action points on the strategic map ended. Click on the “End current turn” button in the lower right corner. 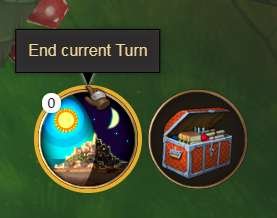 Before attacking the enemy, inspect them – click on the squad or settlement on the strategic map and select the appropriate option. When studying an enemy squad, first of all, pay attention to the unit’s level. If the level of enemies is higher – don’t mess with them. You can always come back.

If you think the enemy is right for you, pay attention to the parameters of units and particularly their speed. Very often, your survival depends on the order of turns. Also, enemies with high armor and absorption parameters will receive significantly less damage.

It is very important what classes an enemy squad consists of. If the enemy has a healer in the back line, and you don’t have a unit able to reach them, then you should not attack such a group right now.

On the enemy portraits, you will notice icons. Hover your mouse over the icon – a tooltip will immediately appear on the screen with a description of the unit’s additional features. For example, it would be useful to know before the fight that Watchman applies a bleeding effect with each shot.

Finally, review your enemies’ learned talents. Talents not only change parameters but also add new tactical opportunities. Talents can even change the typical role of a unit in battle. The flimsy magician can eventually turn into a tank. A harmless healer can return decent damage to enemies. 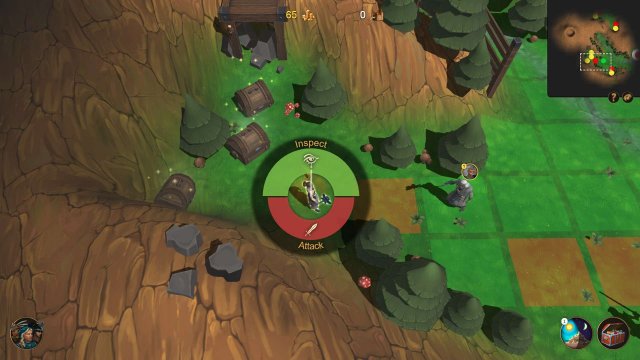 When enough amount of experience is accumulated – the unit gets a new level, increasing the parameters and getting 1 talent point.

Talent points can be spent exploring the vast amount of the available talents. To get into the talent window, click on the ‘plus’ sign on the unit’s portrait within the squad interface. When choosing talents, learn the ones you need the most right now. The game has items that allow you to redistribute talent points. You can redistribute the talents any number of times. 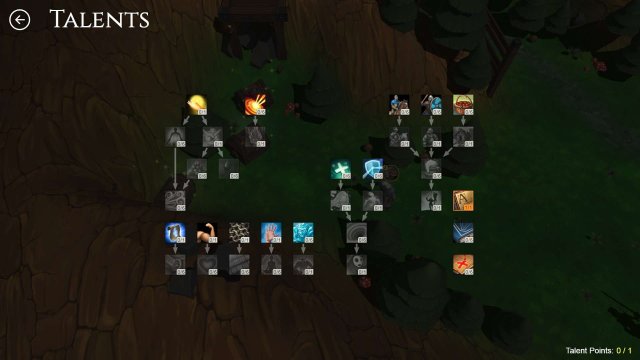 When your hero gets the second level, you can hire another mercenary to the squad. Over time, your hero will be able to lead 5 mercenaries into combat. 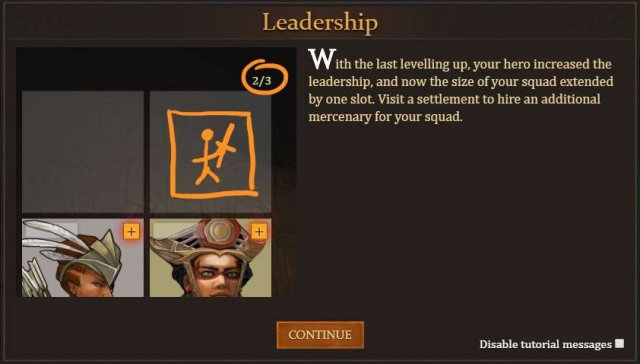 Try to capture your first settlement, Godspeed, as soon as possible; and after capturing, immediately add one mercenary to your squad and recruit additional units to the garrison for protection. 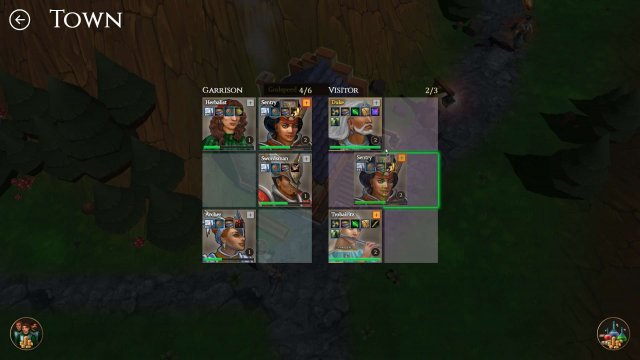 Even novices are able to fight effectively within the city walls, thanks to a very powerful defensive buff. Plus, being in the city, the defenders get a little experience every turn, increasing their level.

In cities, you can even train units.

Settlements provide a stable income to your treasury.

In almost every settlement you will meet an NPC eager to thank you for liberating their city. But the most important and useful thing in having a settlement is, that in case of combat defeat your squad will immediately retreat to your nearest settlement and all dead units will be resurrected free of charge. If you do not control a single settlement, and your squad is defeated – the game considered as lost.

Your path lies in Godspeed. The road will lead you directly to the city.

In the main menu, pay attention to the flag in the upper left corner of the screen. Here you can select the language of the game. Also, the language can be changed any time during the game in the game settings. 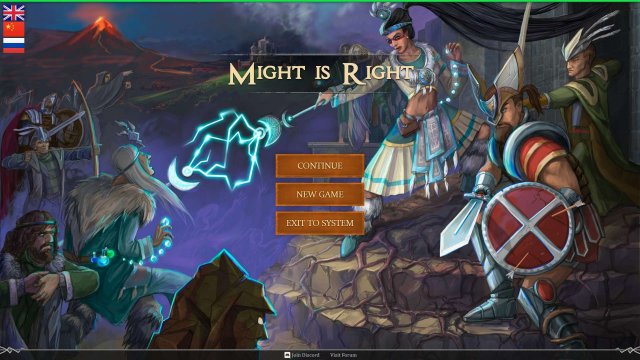 Might is Right Guides: Basic Guide (Tips for Starting). How to Pump a Low-Level Mercenary? How to Play the Sentry. How to Use Life Steal. How to Kill a Healer. […]