This is a sketch of the Day of Dragons Desert biome showing the hatch/spawn locations, food and the alignment of the ponds with there their co-ords. 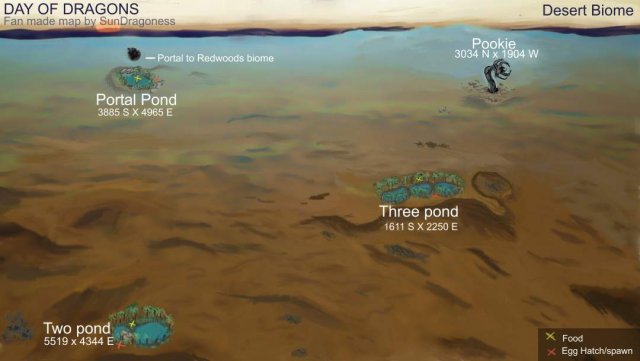 Day of Dragons – Some FAQ

Some Questions About the Game Since it is a survival game, will certain groupings of dragons be discouraged?I.e a bunch of microdragons following around a behemoth for example, or small […]