A guide describing some exploits of the games… solid build quality to be able to beat the game more easily!

You can make your stamina not go down while sprinting. This is as simple as just starting a sprint and then also holding down the crouch key. Yup! You just broke the game already!

In chapter 1, if you turn to the left right after the bridge, you will see this gate: If you go stand in the spot circled in red (this isnt very precise) and exit to the main menu, you will see chapter 2 unlock in the chapter selection. 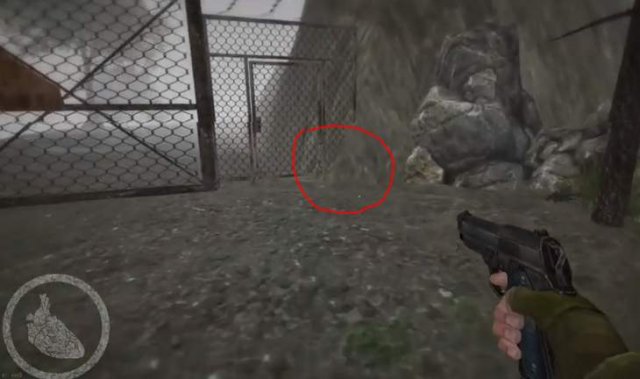 First, you need to be able to get to the cave entrance, past all the blue balls. This may take a couple of tries because the balls are annoying as frick.

When you finally arrive at the cave, you have two options:

Just follow the same movement, and jump a lot…

After you reach the empty space, run through it, following the mountain on your left side until you see a weird flat surface in the air… 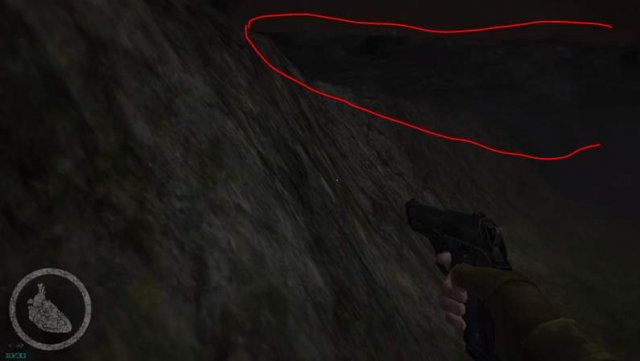 If you did everything correctly, you should clip through the mountain without softlocking the game and be greeted by a jumpscare…

When you gain back control, just run away from the red cloud thing as fast as you can until you reach the next chapter!

Here, you want to the intended path, but following the fence to the right of the tower thing closely… When you reach the rocks, you want to go towards them (further left, away from the shady figure) . You need to jump to the left side of the rocks and you should skip the figure’s trigger… If you got caught, you were too far to the right before jumping to the rocks…

After you’re past the rocks, you can climb back up the hill by mashing jump while walking sort of parallel to it. When you’re up, just walk forwards until you hit a trigger for chapter 4 to start.

(If you need visualizations, the speedrun video linked in chapter 2 will help).

Chapter 4 doesnt have any proper skips. The way we usually do it is by climbing the mountain on the right side of the guy (who we have nicknamed Beter) in this chapter, making him unable to catch you. During the mountain climb, we slow down to kill the astral cat thingies…

At the end of chapter 4, you can check out a fun glitch…

Hold your aim button down, and just start pressing and releasing crouch… You’ll see a rhythm for it in-game… I won’t spoil what this does but it’s darn hilarious.

This is something that we as speedrunners have not figured out yet. To our knowledge, this chapter is just dozens of minutes of walking from place A to B with no checkpoints… No one wants to do this, so we have a “cheat” to get past it for speedrunning purposes (This is why the category is called Any% Skip Chapter 5)

If you just want to do what us speedrunners do, we close the game as soon as chapter 5 starts, go to the red lake data folder:

And open the file called progress.tlp with a text editor such as Notepad++. Then we change the top-most value to 15, and save the file. Then when you open the game, you will have chapter 6 unlocked… (This can technically be done at any point of the game to immediately go to chapter 6. The speedrun rules say we have to beat get to chapter 5 without external modification before being allowed to do this.)

This is as simple as it gets: Drive the car to the end.

There is of course a faster way to do this, but it will need a lot of practice to pull off. The trick is to essentially drive through the forest. You’ll drive to the right from the starting spot along the road. After the jump there will be a turn to the right. You will drive towards the corner on the left side and carefully maneuver yourself between the trees. You can’t crash more than a couple times before the ball catches up to you.

Again for a visual demonstration of this strat, check out the video linked during chapter 2 help.

And there you go! This has been the Speedrunners guide to playing Red Lake! Theres a couple people I would like to shoutout at the end of this: