A small guide to marriage in Mutiny Island.

There are four women that you can marry while playing Mutiny Island. Two can be found in Port Arbor and Two in Tortuga.

When you first start playing through a run you will notice that not all women have appeared yet.

Some will only appear on certain days.

The first available women is Mary The Cleaner who you can find in the North-Eastern part of Port Arbor. 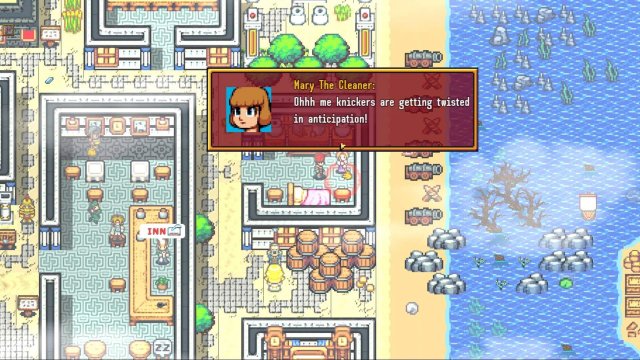 Approach her and select the ENQUIRE option, this will bring up a prompt informing you that “This Woman Can Be Wooed”.

You may then gift her either Treasure, Flowers or a Love Potion. Each item increases the woman’s affection rate for you differently.

Treasure increases her affection by a small amount while Flowers moderately increases it. Using a love potion will allow you to almost immediately seduce a woman. Once her affection for you has risen, you will then be able to seduce her.

If the woman is from Port Arbor she will need a house in that same Port. You can have 4 wives at a time.

Repeat the process above to marry any other eligible women that you may encounter.

Mutiny Island – What are Dreams?

Dreams When you go to sleep and advance to the next day, you will have a chance of a DREAM playing. Dreams are cutscenes that help expand the story of […]