While the game’s tutorials do a good job of explaining how things work, having an out-of-game reference guide can be handy in case you want to review. 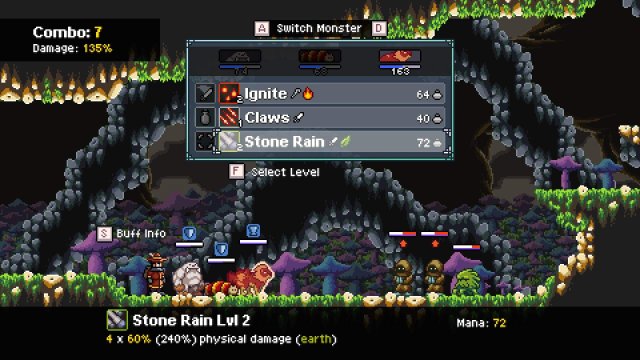 The combo meter increases with every action taken. This means that every move will increase the damage of each subsequent move during a round.

Example: if you have an attack that does 4x 80% damage then the combo meter will get 4 “stacks”. Each stack is worth 5% extra damage. Therefore, that would be 20% increased damage for your next monster.

Tip: If one of your monsters has a skill that applies buffs or heals to your party, it is recommend to use the buffing (or healing) move first during the round as this doesn’t benefit from combo, but still adds to your combo counter. Then, make sure to have your “heaviest hitter” go last so as to get the most benefit from the combo meter bonus. 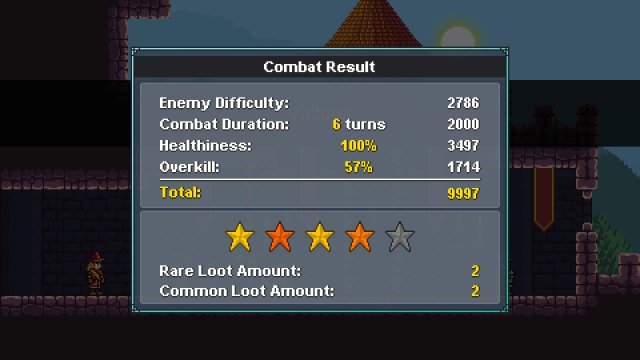 In Monster Sanctuary, winning the battle isn’t all that counts. Instead, winning them in an efficient manner is what really matters.

As you can see in the screenshot above, there are three main categories which you should concern yourself with: Combat Duration, Healthiness, and Overkill.

On one hand, this is pretty self-explanatory, however, there are a few clarifications that you will want to know:

So Why Should I Care About Score?

As seen in the above screenshot with the scoring breakdown, the higher the score you get, the better loot that you find! More importantly, this effects egg drops from monsters. The higher star rating you get, the higher chance an egg will drop from a wild monster.

Something special to note, however, is that when fighting Champion monsters, you must achieve a 5-star-rating to get its egg to drop! Champion rewards are different from regular encounters since they’re only awarded once for the entire save file. For example, if you get a 3 star rating on a champion, and fought it again later, no matter how good or bad of a rating you get, you will never get the rewards again since you’ve already collected them. The only way to get more rewards is to achieve a higher rank than you’ve done before (essentially, a new “high score”).

Thankfully, you can rechallenge champion creatures which you’ve already defeated at the Keeper’s Stronghold. 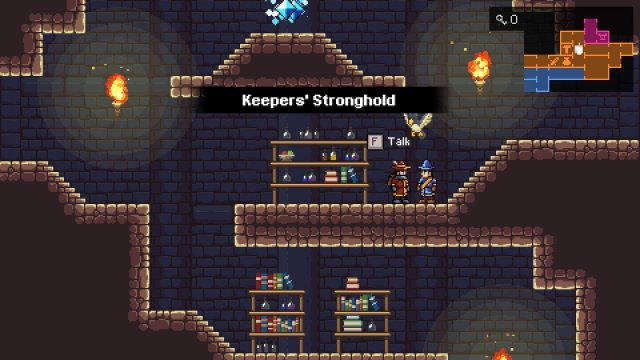