How to Defeat The Undying King

The Undying King can be a challenging boss fight for some players due to the potential 1 shot melee combo from its second stage along with the swarms of Ads and obnoxious floating orbs. 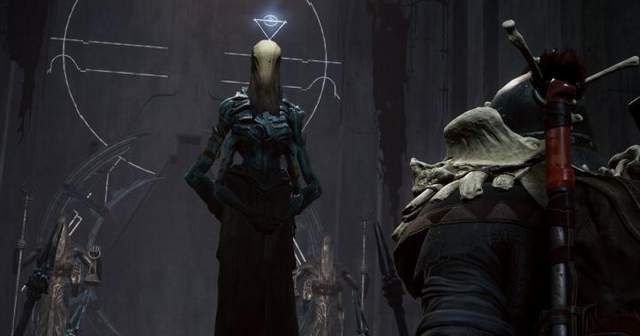 In this fight I recommend using the weapon mod ‘Rattle Weed’ to distract the enemies and enable you to deal more damage to the king whilst picking off any minions summoned. Levelling the trait ‘Spirit Power’ decreases the time taken to obtain your weapon mod so as long as you have ammo you should ALWAYS have a Rattle Weed up to distract the enemies. For the secondary weapon, It’s useful to use the turret mod to help dish out more damage to the king in the later stages and to peel off the minions summoned.

The boss battle is separated into several stages, the first stage begins as soon as the Ads turn aggressive on the player. The king deals no damage to the player in this stage so don’t be afraid to get up close to him. He will however spawn orbs that strike the player from the air so its useful to take them out quickly.

Once enough damage is dealt, The king will pull out 2 sickles and begin to leap onto the player. It is possible to dodge his melee combo with well timed evasions but its best to keep your distance and abuse the Rattle Weed mod so he stays away from you.

He will then begin his final stage where he slowly walks to the altar and begin to meditate and heal. You will get swarmed by ads so the turret mod is useful to cut down the number of enemies. Its best to focus on the minions before going for the king however camping up top at the alter with a few turrets makes the fight easier. After you break his meditation with enough damage, he will revive himself with a portion of HP and phase 1 will restart, though killing him after this phase will end the battle and reward the player with a key, some scrap and the King Slayer trait.

Remnant: From the Ashes – Space Marine Build / DPS Build to Melt Everything

Remnant: From the Ashes – HP Regen Build / Like a Dead Space Regenerator

What’s Needed, Updated After The Big Patch Great for Normal / Hard difficulty. So here is the build in action on Hard fighting the Shroud. So, you can die, you […]

Remnant: From the Ashes – How to Defeat Final Boss

This guide does not contain any significant spoilers, so your immersion won’t break. Guide on How to Kill Final Boss in Remnant: From the Ashes Basics to Start For this […]