A guide on how to get the bell tolls for us achievement easy with different way.

How to Get The Bell Tolls for Us

The achievement says that you have to win spanish war as Republican Spain.
Thats war in 17 July 1936 against nationalist Spain.
But there is a way that you can get this achievement lot easier and not fighting with franco’s bois.

Sadly you cannot use focus tree to be a communist because of your party.
Your party must be non-aligned to change your focus to fascist or communist so F.

But we are gonna use different method to be communist and win civil war but this time we’re not against nationalist Spain we are gonna be against democratic party.

First we need to get the “Spanish election of 1936” this decision is going to boost our communist popularity which is going to help lot in civil war. 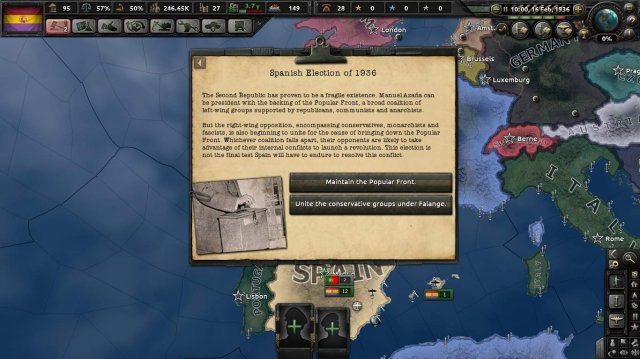 After choosing “Maintain the Popular Front.” we are going to get ourselfs a Communist Revolutionary
for getting civil war decisions. 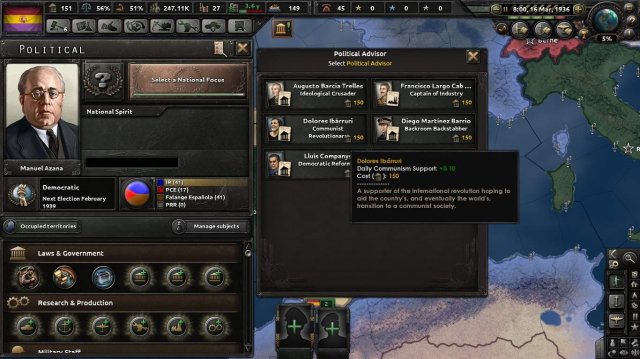 After getting Advisor u can get new decisions called “Communism on the Rise” which makes you preparing for civil war. 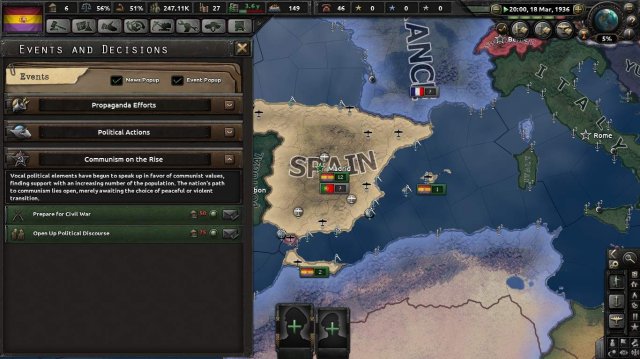 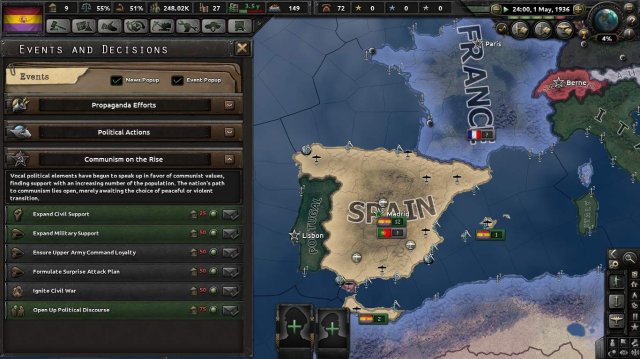 After you expaning your support you can prob start the civil war before the 17 july. If you having problem with gaining political power i recommend you to get the “Political Effort” it gives you free 120 political power ez.
When the war starts you dont have to worry about losing the war because enemy have 5-9 divisions but they only hold their capital’s state so 1 general and 1 line should be good for you and you can also get the soviets volunteers if u need it they send you 7 divisions. 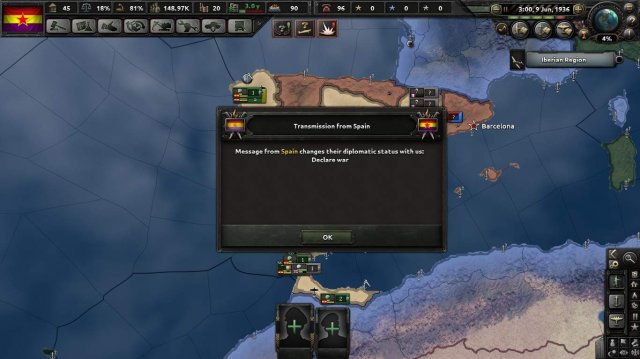 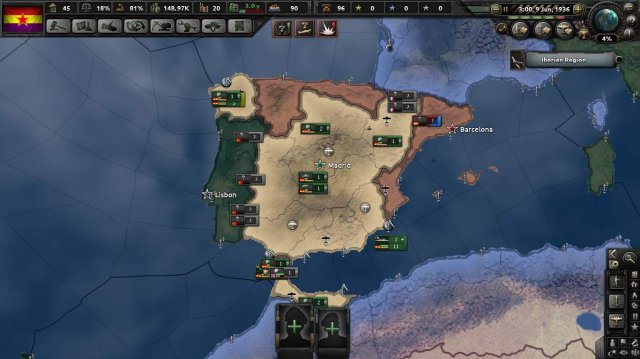 After u get the Barcelona u should be get the achievement.

When u start the war u should do these: 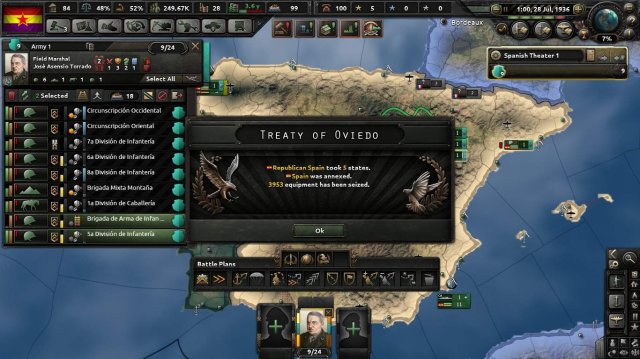 Hearts of Iron IV – How to Get the Nobody Expects… Achievement