Q: What does “front” and “back” do? How are characters positioned on the line?

A: Currently front and back positions are in a preparatory stage for future features. For quests with debuffs and damage, the placement can be strategic. Front row characters are filled first when selecting adventurers for a quest. On quest assignment, Slots 1-4 represent Front, Front, Back, Back.

Q: What does “aggressive/defensive/neutral” do, other than change base power by 10-15% or so?

Q: Where are the quests to upgrade your tavern for the ones marked as Unknown?

A: These quests are not yet implemented into the game.

Q: Does getting your patrons drunk or sleeping have any effect?

A: Not currently, it only takes them out of availability to serve so ensure you aren’t locking yourself into a corner with drunks.

Q: What does splitting gold with your adventurers do at the end of quests?

A: Currently, this has no effect. Previously, adventurers were only as trustworthy as their pay and failure to pay them or pay them enough meant adventurers would leave your tavern (temporarily or permanently).

Q: What does the bathhouse do?

A: The bathhouse allows for faster fatigue recovery.

A: From Tomo (dev): Rolling each member one at a time offers a number of strategies which will expand as more options become available. As it stands right now you can roll your highest power character first, if you succeed you’re often close to overall encounter success. At which point you can choose to roll the rest of the party defensively. Additionally you could roll characters who have lower values and see if they can pull their part of the load, leaving your high power character for the end. If you need to then you can switch to aggressive to get more power if you’re gong to fall short.

Q: Is there (or will there be in the final product) a monetary, XP, or reward benefit to completing quests with less than the max party size?

A: More XP is given to short-manned parties that successfully complete their quests.

Q: Where is the trophy earned from the Rats Return quest?

A: Trophies are an incoming feature and will be displayed on your tavern walls.

Q: Where are the tool tips for literally just about any ability?

A: Abilities are purely cosmetic right now, but will represent strategies available to players later on. The following is the abilities/skills chart changes that are incoming. 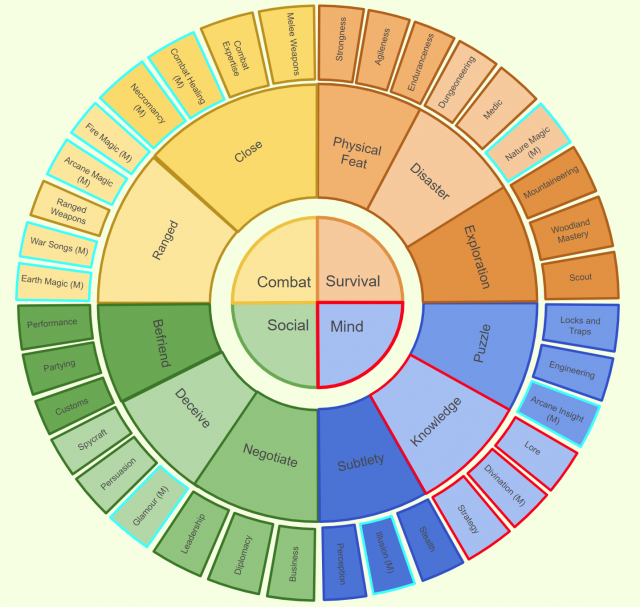 Q: Will there be buildings within the tavern that could provide a temporary boost to any stat/skill?

A: The goal is more to drive it towards character specific abilities and make the selection of the character more significant for the adventures

Q: (Referencing Characters abilities) So specialities basically, and they’d be automatic during travel?

A: Yes. If a character has a specific ability that can benefit the quest it could result in better rolls or even faster travel.

Q: (Referencing upkeep/maintenance)So it’s like upgrades for your tavern? or upkeep? or both?

A: The tavern will degrade in areas and require expenditure of gold to maintain. As more ‘dirty’ points accumulate you will get penalties in that area. It maybe dirty taps/kegs in a brewery. Needing to clean the tavern. Wipe tables etc.

Q: How far would you go? Would this be like where we also have to monitor number of glasses Which could greatly diminish in result of a bar fight

A: How far is still being thought about. It may not get down to the individual glasses, but there needs to be some risk/reward. The more buildings you put on your tavern, the more upkeep they will require.

Q: So if I don’t pay my rent can I hire a crew of adventurers to “handle” my landlord? XD Because that’s something I have seen in DnD games. Would you be able to hire someone to help or do all upkeep?

Q: How do you guys do your testing?

A: 1 dedicated tester with other staff testing when they can.

A: Currently a theoretical answer: Bathhouse and Sauna, difference between KS and non-KS. KS version may be available at the start of the game, while non-KS version will be unlocked later. KS version may also allow for small friendship gain.

Q: What is the fatigue about?

A: A Fatigue system may be incoming to the game. Quests will generate fatigue, magic casting will generate extra fatigue. Character fatigue will be a new factor in questicution.

Q: What is the status of Bar Fights?

A: Their status is still pending other systems and questlines coming into play first. No ETA available currently.

Q: Will the Dev team be streamlining the process for modding the data files

A: From Memige (dev): A full suite of modding tools is unlikely to happen anytime soon. However, I am actively developing the systems to expose as much to the mod community as possible. We streamline particular systems when we can and of course any improvement we make for the design team will propagate out to the modders as well. In particular I would like to put together a bit of a system map to give a brief walk through on how to add new data without needing to overwrite existing content.

Q: Will more textures or data files be added back to the StreamingAssets folder or are the existing character options going to be the only files available from there?

A: Monster files is pending addition. There is an optimization issue when offloading assets into the StreamingAssets folder so it may be very limited. Binary data may be baked into the exe file. A theoretical system change may be to allow adding new files, outside of the base game files; game would load base files first and then pull additional files from mods separately.

A: Current path on skills: Skill specialization vs generalization: 10 points into a skill will grant a feat (extra action in Adventure phase or passive effect in tavern). 20 points and above grants a bonus to it. Players will be pointed towards specialized skills with feats without being forced down the path. Skills checks will be used to roll against specialized skills to get the win/fail chance for it. Skill events may occur during minor encounters in Adventure Phase, skill checks in these instances will be pulled against the party’s available skills, not all skills available to character builds.