A map of routes through the game, showing paths to and from each scene.

Scenes are indicated by their numbers. The arrows leading from each scene show what choice you need to select to go that way. (Note, however, that numbers can change if you’re revisiting a scene for the second time and a previous choice is now unavailable). Sometimes, there is no choice about which way to go — in that case, there is no number.

Stars indicate that choosing a path unlocks something later on. (The dotted line shows where). The letter on a star corresponds with a letter on an arrow — if you pass a star with “A” on it, you can later follow an arrow with “A” on it.

There is one point (specifically, scene 245) where you get redirected to different locations based on your alignment (“Hero”, “Coward”, “Killer”).

Grey arrows lead to death scenes. Other colours have no significance — they’re just to help keep all the arrows from getting too tangled.

It is very likely that this map contains some errors. 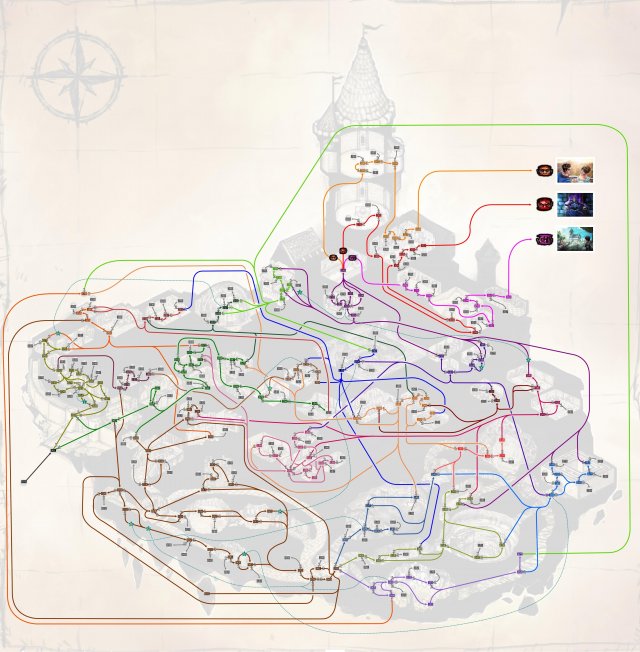