Stuck in the fight against Dead Ned? Pray no more!
This guide will help help you getting rid of him in no time!

How to Defeat Dead Ned

In the second tournament (Level 6), you will encounter in the final fight Dead Ned – King in The North.

He is not a common opponent, as Dead Ned got the ability to deflect arrows with no damage at all.
After killing him once, you will notice that the fight is far from over, and he will come back again screaming and vengeful!

After his resurrection, Fire traps will start appearing in the arena.
Now this is where it gets tricky! If you will kill him using your normal weapons and attacks, he will always resurrect himself with full HP. 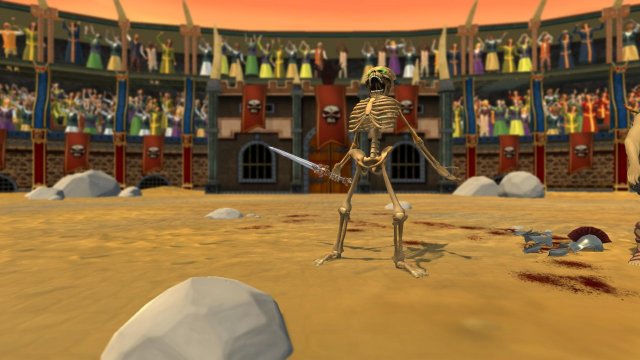 In order to permanently get rid of him, you’ll need to finish him by kicking him into a fire trap on a grid behind him. Notice that the damage of the trap must kill him!

You’ll need some luck waiting for a fire trap to spawn at the right place, and a lot of HP to survive until that happens.

The Baffling Performer skill is really useful in this fight as it can make Dead Ned walk straight into a fire trap a few grids ahead of him.