A comprehensive guide to wolves, wolf combat, and wolf avoidance.

Wolves are on the horizon! What’s your plan? You have a plan, right? Well, then you’d better think fast, because the wolves here don’t mess around!

If you haven’t got a plan, fear not, wolves in The Long Dark may be startling and deadly but if you’re well prepared they’re nothing to be scared of. 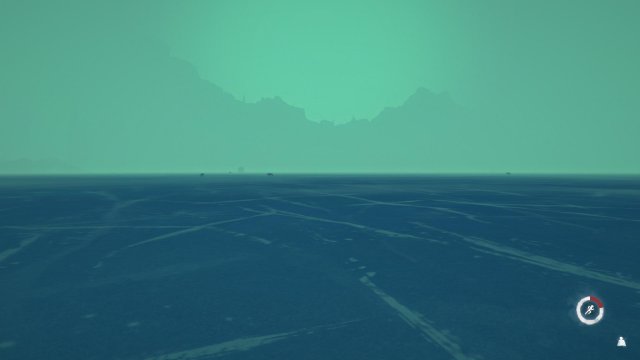 These are the most fundamental things to understand about wolf behaviour, and I’ll break down each here now.

Hello police? Yes I’m being stalked by a wolf!

Once a wolf begins stalking it has locked onto the player and ceased its normal patrolling. It will follow the player until scared off or baited. Both have their quirks that make them challenging to pull off properly, but if you are weak or lacking in weapons, baiting is a more certain way to get the wolf off your back.

To scare the wolf away with a torch or a flare you have to light them first. A bit obvious, but simply throwing an unlit torch or ruined flare at a wolf won’t deter it in the slightest. The goal is to have the deterrent land just in front of it, almost right at its feet. It takes some practice to find the range and get a feel for it, but wind doesn’t influence the throw. If done correctly, you’ll be seeing this in no time. 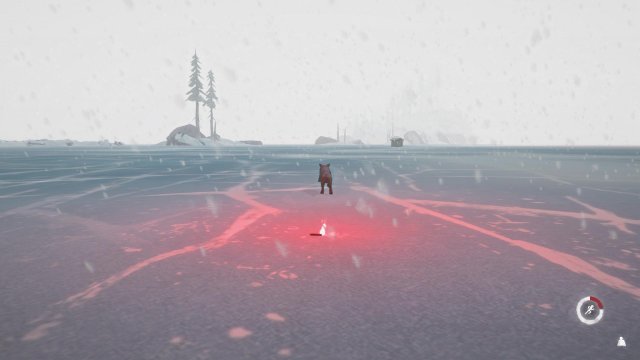 If you don’t want to risk a toss, or don’t have anything to throw, you can drop a decoy from the radial menu. Decoys are anything that adds to your stink bar; fish, meat, fresh guts are all decoy options. The game will choose for you, so watch out if you really need anything in particular! Now the trick to dropping a decoy is to keep it between yourself and the wolf as you back away. The wolf will change its fixation onto the decoy, eat it up when it stalks close enough, and then trot away to resume normal patrol patterns. 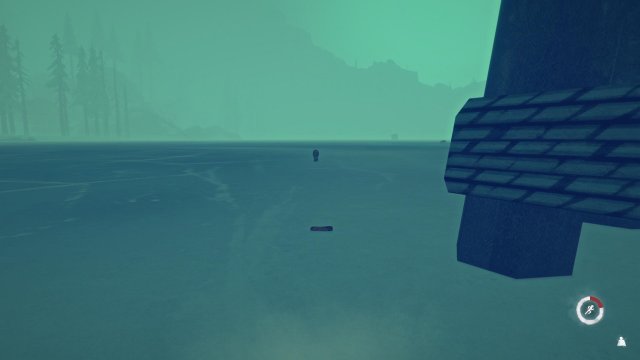 Regardless of whether you tried to scare it, tried to bribe it, or charged straight into it, now you’re locked into a hand-to-tooth fight with a furious wolf. What can you do from here?

Your victory over the wolf begins before you even step out your door. Ensure that you are in good health, well fed, hydrated, and rested. Keep your clothing in good repair and your weapons in good shape. There is a vast difference between a knife at 90% and a knife at 50% when it comes to a fight.

Your outermost layer of clothing determines your protection, so there’s no use layering on those Work Pants, you only get the outer layer’s bonus. This includes other under layers like longjohns and sweaters, only the layer you see on your character matters for protection bonuses, except for accessories. Ear warmers give you bonuses without negating bonuses from lower layers. 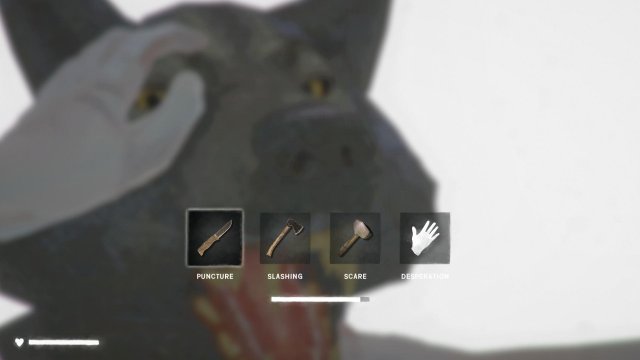 One of the more controversial mechanics in the game, considering especially that Story Mode wolves are all but unavoidable, the struggle’s click bar. In the fight you have to rapidly click the left mouse button, no matter your chosen weapon. The higher the bar builds the greater the chance of the wolf disengaging and fleeing. A well kept weapon fills the bar faster than a poorly kept one, and no weapon fills it the slowest of any option.

Well, at least all that meat and guts you’re carrying does. And the wolves? They’ve got a great nose.

The smell mechanics are something I am not particularly well versed on, but from my dedicated testing it seems that a high stink rating (3 bars) doubles the range at which wolves will begin stalking. It might increase the range at which they will move into their attack animation, however that may have been an irregularity.

Suffice to say, the higher your stink rating, the more you need to practice wolf avoidance. Unless, of course, you want to have a fight. 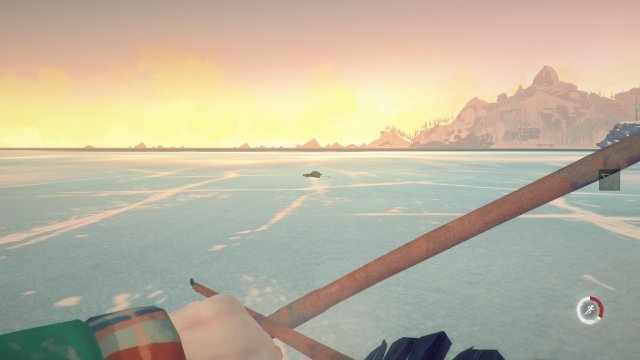 If you’ve got the stuff to take them out from afar, and don’t feel like getting your clothes ripped up, then break out the ranged weaponry.

There’s not much to say here that’s wolf-specifc, so if you’re looking for a hunting guide you’d better check elsewhere. The few things that do pertain to this guide are: 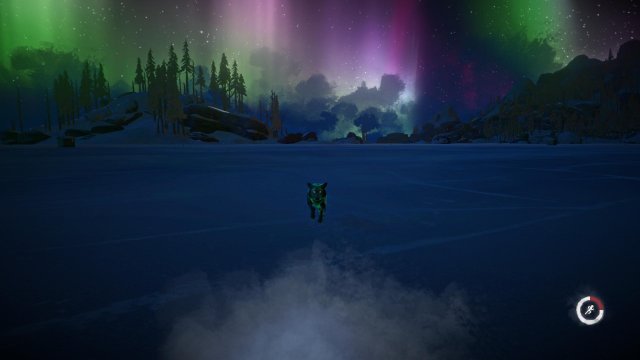 Beautiful and terrifying, the aurora has many benefits but also many dangers. One of the dangers, the wolves, are said to become more powerful under its glow. Now this is something I cannot verify. Wolves are wolves, and all the aurora seems to do to them, in my testing, is make them more tenacious. That is, it is more difficult to get them to flee a struggle.

The aurora also brings with it the benefit of the flashlight, a boon I cannot stress enough. A great tool which allows for all night crafting without the use of fire or lantern, and can be used to scare off even those glowing green wolves. 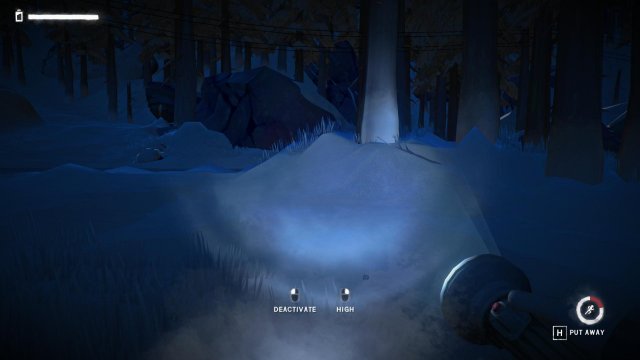 What is the purpose of the high beam? Wolf scaring. Aurora wolves are less or entirely unafraid of fire and flares, but the high beam shining into their eyes? They cannot stand it! As long as you keep them in the glare of the brights, they’ll slow their stalk, and if you’re lucky they’ll even run away. Either way, it’s enough to let you get to cover or into a building. 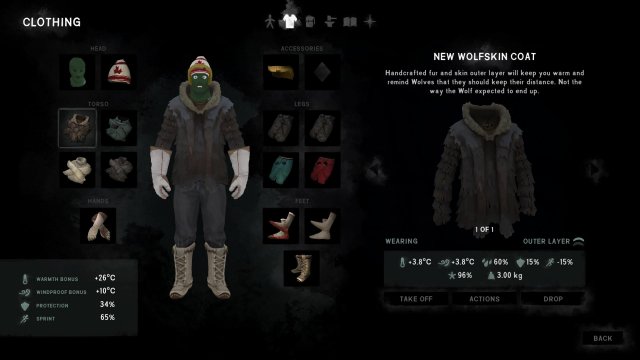 What purpose does the Wolfskin Coat serve, other than making you look like a proper mountain man type? Well, as the flavor text hints, it scares wolves! It is not 100% reliable, but whenever a wolf has a chance to start stalking you it may instead turn and run away. The coat does not have to be your outer garment, however you do have to be wearing it. Just carrying it around isn’t very scary, but wearing it under a windbreaker is terrifying. Apparently. It also works on aurora wolves.

All of this research and data is from Voyageur, as data collection on higher difficulties has not begun, and Pilgrim wolves always flee when they could start stalking. Please keep this in mind for your play thrus.

Now to wrap things up, the highlights: 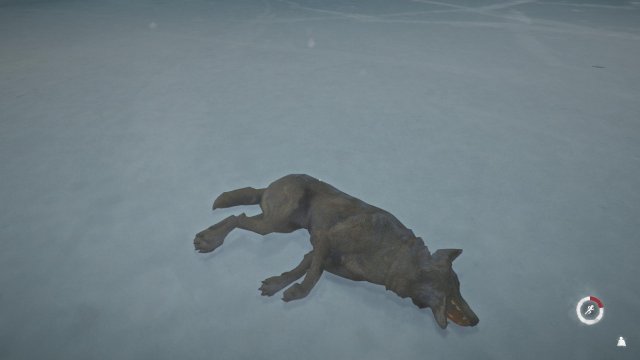 This is a simple crutch for all you gamers out there who need some help with finding all the collectibles in Episode 4 for achievement purposes. Guide ContentsHow to Get […]

A guide to the next episode of your survival in the land of the Long Dark. Includes objectives, screenshots, and tips for completing the second part of Wintermute, the Story […]

Every time you do the searchlight automatically gets you… Here is the solution! Guide to Get Through Searchlights Try to go into the little shed door that was locked earlier? […]