Wrenches, many enemies carry them, and they are cheap and maybe one of the most useful things because of that.

You’ve probably had a mission on a ship that most enemies had a wrench. You might of also just left them littering the floor. Which is fine because they are so common, right? Wrong. You ever have the problem with a small group huddled together? Do your guns make too much noise and your melee weapons are too slow? Well then if you have at least 3 wrenches you can turn those 5 enemies with guns into 3 seconds.

First of all you need to sneak up to them, so good luck with that, but once you do you put a wrench in each hand. You hit one enemy with one another with the second. Then you probably have the cooldown. To fix that change out your wrench with one unused. It has no cooldown on it. Then repeat until you finish them all off. 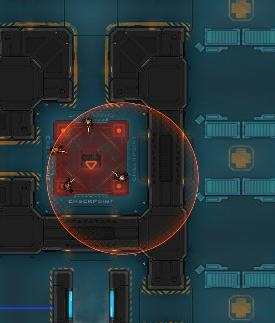 Or instead of hitting them, just throw the wrenches with T using the same type of tatic as well as teleporting them into your inventory.

This one is probably the easiest thing to do.

First you get a large group of enemies. You might as well just shoot the wall, then watch them all come to you. Make sure your in a room with a window and a way to run. Now when they are in the room run to the next room so your not sucked in and press T to throw the wrench at the window. If you hit someone instead press space and just get it back and try again. You should have them all fly out into space. (You also might get sucked into space so be careful and ready.

Kepping Fiasco’s facebreaker! Fiasco’s Facebreaker Hey just a heads up, but you can keep Fiasco’s unique facebreaker. After you do the tutorial and make it back to the first home […]