In this guide I will be explaining how to deal Corruptrons.

Pressing left alt near a Corruptron crystal will display corruptrons not visible, good for scouting and knowing how many Corruptrons are there, if your going to claim that crystal. (Marked by red arrows.)
Corruptrons will also dig voxels if it is keeping them from reaching a Bricktron.

Minitrons are by far the weakest of Corruptrons and can be killed quite easily.
They are slightly slower than regular Corruptrons. They can be summoned by Warlocks, they can also be thrown by Biftrons.

A few workers can take them on, but a large group of Minitrons can be dangerous if not prepared. The easiest way of dealing with them is using archers or knights. 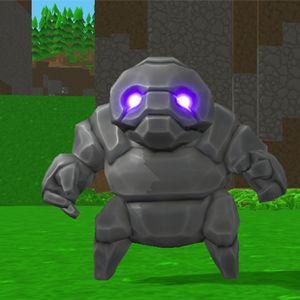 Corruptrons are the most common enemy, they aren’t the most powerful Corruptron but they have decent power and can easily take out an unarmed Bricktron.

Corruptrons can sometimes come in alarming numbers, its best to be always prepared for an unexpected ambush. Its not the best idea to use Bricktron workers to attack them, it will sometimes work but its not an effective strategy. Its best to use a knight or a ranged unit to take them out, you wont need units many to kill one. 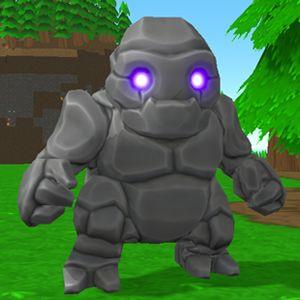 Biftrons are very slow but very powerful corruptrons. There will usually only be one Biftron attacking your castle at once.

Biftrons can three hit an unarmed Bricktron, keep your workers safe during a Biftron attack! A knights armor can completely depleted by one hit from a Biftron. They can easily take out a lone knight, its best to use five knights to take them out easier, but a lower amount such as three can still kill a Biftron. They can also throw Minitrons, this can be a problem if they throw it at your ranged units. One hit from a Biftron can send a Bricktron of any kind flying. They can make quick work of weak barriers or walls. 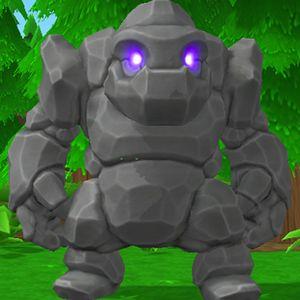 Warlocks are very dangerous ranged corruptrons, they are capable of summoning Corruptrons from the ground. (I’m not sure if they have more or less health than a Biftron).

Warlocks main attack is a high-ranged attack that shoots bolts of energy at Bricktrons, this can be a serious problem for wards and ranged units. Warlocks are always a problem even if prepared, if they catch you off guard they could destroy your wards, walls or workers. The best way to kill them is to use melee units to distract them so your ranged units can kill them without getting damaged by the Warlocks ranged attacks. Warlocks can easily be distinguished by their large crystals on their backs. 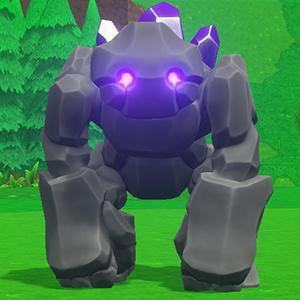 How set your bricktron limit. So you’ve started playing Castle Story again and have got up to 15 bricktrons and are now all like WTF only 15 well you can […]