This guide will show you how and where to catch every legendary fish in Stardew Valley, also some tips and tricks, how to make catching these fish easier etc.

Hi guys, in this guide i’m going to show you how to catch every legendary fish in the Stardew Valley. I’ll show you some tips and tricks and where to find them all.

So at 100% you must have the iridium rod. This rod is unlocked in level 2 (fishing skill) and you can buy it from Willy for 7.500g. It has a bait and a tackle. The best tackle to catch legendary fish in my opinion is trap bobber.

I’m recommending you should have level 10 but it isn’t needed. I was catching all of the legendary fish with level 11 by using the trout soup that you can buy from Willy, but if you have difficulties with catching legendary fish you can cook Dish O’ The Sea, this will give you +3 levels, so it will make catching these fish really easy.

The next thing i want to tell you is how you can identify the legendary fish. When you first hook the fish, just look at the fish and if it has a crown on his head, you know it’s a legendary one.

One more thing you might find useful is when you’re catching a fish and you know that it isn’t a legendary and you don’t want to catch her, you just can press ‘E’ and it will discard that fish and you can continue to catch another one.

Alrighty, now i showed you some tips and now is time to show you where and how to catch these legendary fish 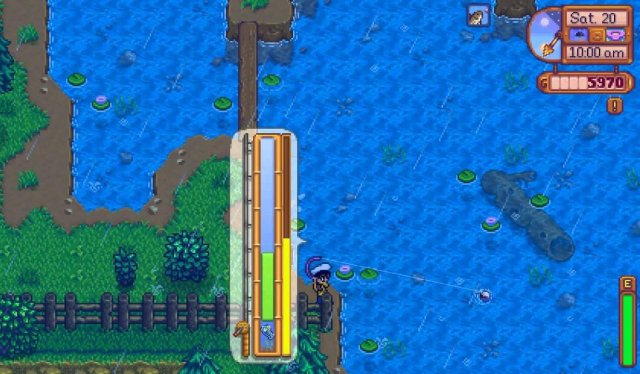 So the first fish we’re going to be focusing on is the Legend fish and you can caught it on the bottom on the lake in spring.This is probably the hardest fish to catch, mainly because you need to wait on raining which is so hard to get in spring. Make sure that you will be catching this fish before 10:00 PM because after it you cannot catch this fish. This fish might be the most rarest fish and also most expensive, if you catch this and decide to sell it off you can get 15.000g. That’s everything about this fish and let’s move on the next fish 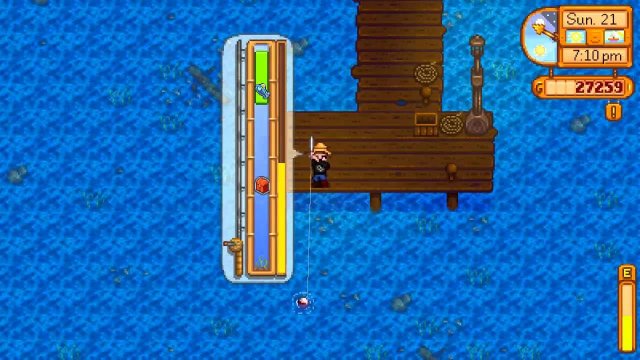 So the second legendary fish that i’m going to show you is the Crimson fish. The Crimson fish can only be caught in summer and it’s caught on the right side of the beach. You do have to fix the bridge first thought and that requires 300 wood, but you should be able to do that in your first month. This fish isn’t hard to catch but it’s hard to find. It doesn’t require a rain or anything, so you should be able to catch it relatively easly. This fish can be caught any time of the day, it hasn’t any time limit, and also when you will sell it you will get something about 2.000g 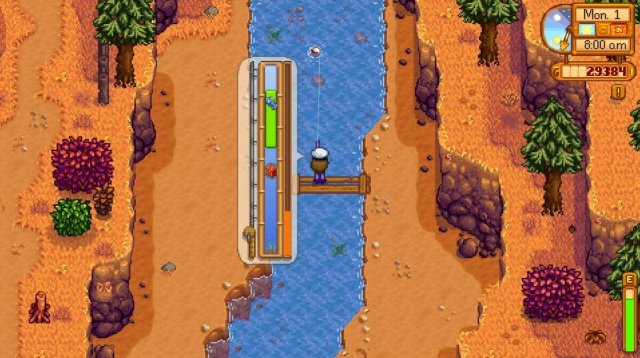 Next we have the Angler fish and this is probably the easiest legendary fish to catch. This one is caught in fall and it’s caught just north of the Jojo Mart. You should be able to catch it above the bridge and it’s realy easy to catch it and it doesn’t have any time limit. As one of the easiest fish it’s something about 1.000g, so not too good. 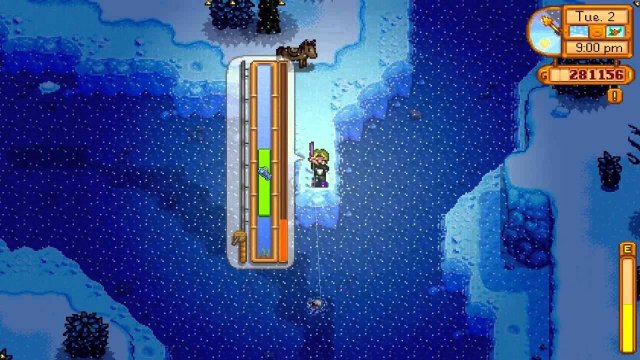 The fourth fish on this list is the Glacier fish which is probably the second hardest fish in my opinion. This fish is caught during the winter time and it’s found at the bottom of the small ilsand. The weather doesn’t effect this fish, you do have to make sure you catch this fish before 10:00 PM. If you try to sell this fish it will be sold about a 1.000g once again it’s not that expensive but whatever 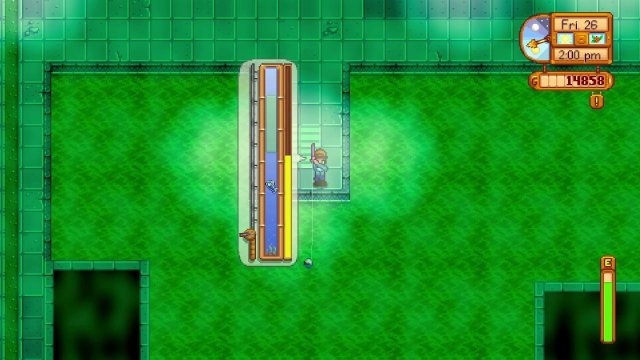 So last but not least i’ll show you the Mutant Carp. This fish can be caught in any season any time and any weather. The only thing you need for this is 60 artifacts which you must donate to the museum. Next day will gunther come to your house and he will give you a rusty key by which you can unlock the sewer where you can catch the Mutant Carp. This fish is very simple to catch and it doesn’t be sell for much money, only about 1.000g once again

Stardew Valley – Cleaning Up the Trash in Town (Trash Bear)

Stardew Valley Guides: New Content Overview (Update 1.4) How to Get the Jukebox (Update 1.4) Cleaning Up the Trash in Town (Trash Bear). The Golden Scythe and the Reaper Cave […]