Tips how easily find and collect all 800 gold tapes in Unbox: Newbie’s Adventure.

General Advice and Analysis of the Hint System

There are many hint, that make easier to track that golden tapes.

For example: Second level is quite extensive and despite using these tips i had problem with localization that tape: 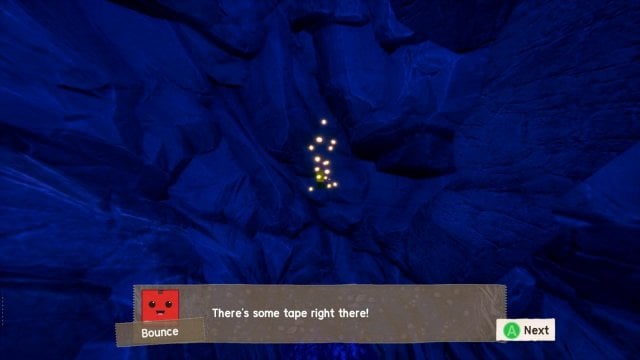 Finally after 10 minutes i found It on that island with the town, in the cave in the tunnel.

There are 2 golden tapes high on the top of two balloon and I have not found a proper way to get to them. But there is a glitch that could help in this situation. I create a video which presents how to get that two last golden tapes.