There is a special clock in the game’s very first Safe Room. This safe room can be found after exiting the subway train and heading up the stairs toward the subway station’s exist. You’ll need to place three different-colored jewels into the clock in the corner of this room in order to solve this puzzle.

Each time you place a jewel in the clock, you’ll receive a different item as a reward. Here where each item can be found and what the clock will reward you with. It’s important to note that the reward for each jewel are not tied to the jewel’s color — the first jewel you place into the clock, regardless of color, will always spit out the same reward and so on. 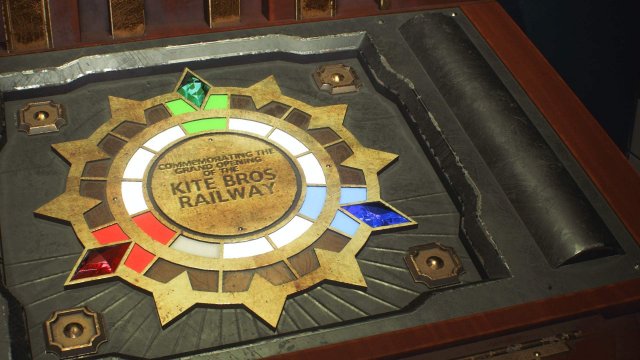 When you reach the Power Plant, you’ll be tasked with going through the power plant’s maze-like pathways to turn on four different electrical switches. While this isn’t necessarily a puzzle outright, traversing your way through this area’s maze can be quite confusing. Follow our steps below to find all four electrical switches. 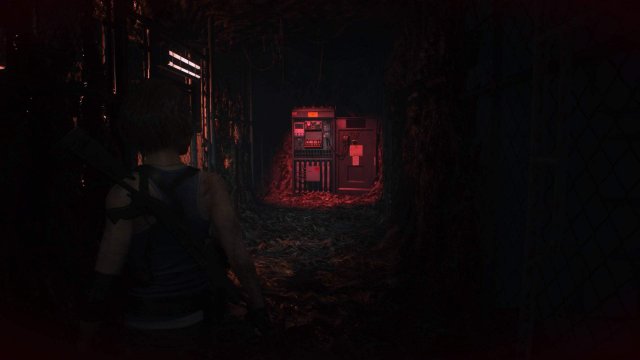 When you try to enter, a disgusting spider zombie known as a Drain Deimos will attack and shove its tentacle down your throat. You’ll then be infected with parasites. As we read earlier in a note we found, a Green Herb will get these parasites out of your system asap so use one and be on your way.

Once inside, take a left and then take another left. Get ready to shoot the Drain Deimos on the ground up ahead. When it disappears, be prepared for it to attack from above. Shoot it with two bullets and continue down this path.

Take a left when you can and get ready to fight two more Drain Deimos. You’ll see the first of four generators down here. Activate it. 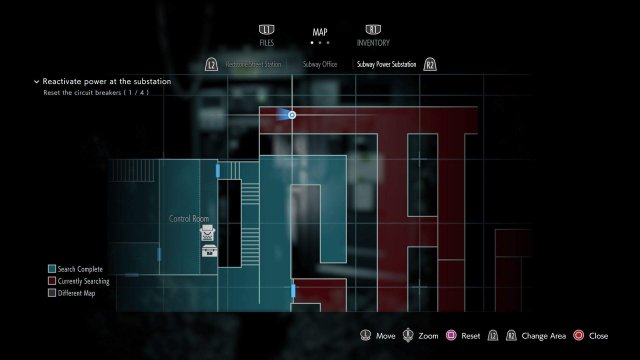 Go down the path directly behind you until you reach a dead end. Turn right at this dead end and activate the generator up ahead. 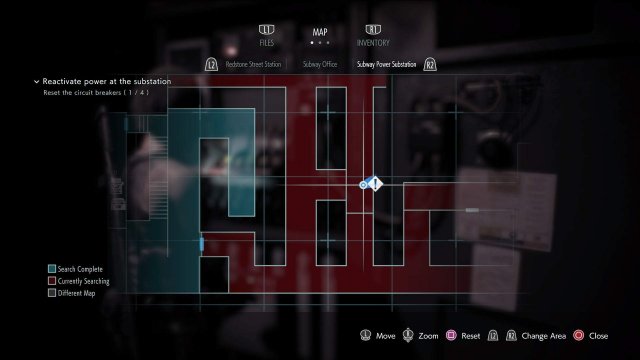 Now, head back to the entrance. At the entrance, head straight and instead of taking a left to go where we were earlier, just continue forward. There were four Drain Deimos for us to take out here. Continue to the end and take a left when you can. Pick up the Green Herb here and then get back on the main path.

Continue forward until you can turn left. Do so and then take the next left to find the generator below. Activate it. 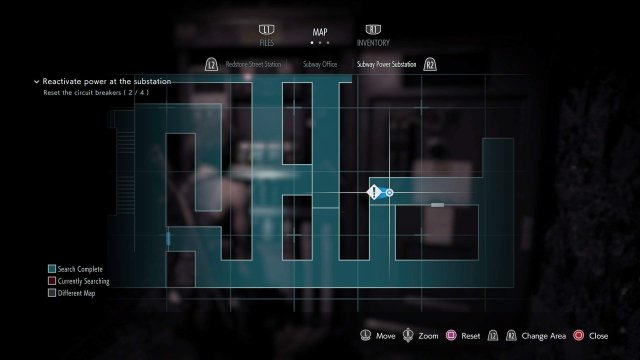 Head back out onto the main path and continue until you hit a dead end. Pick up the Green Herb here. After that, head up the ladder near the third generator we just activated. Destroy the crate to get some Handgun Ammo and then pick up Chad’s Notes nearby.

Head across the way, go down the ladder and follow the path around to the fourth and final generator. Be prepared to take out a Drain Deimos crawling your way. You might have to stop holding the button to activate the generator in order to kill the Drain Deimos.

With all four generators active, it’s time to head out of this Drain Deimos haven. Head back up to the nearby safe room to turn on the power switch. A bunch of Drain Deimos will attack you on your way there. Don’t bother wasting ammo on them. Just dodge out of their way and run to the exit.

When you reach the subway control center, you’ll need to use the computer switch system to ensure the subway can go from Redstone Street to Fox Park. 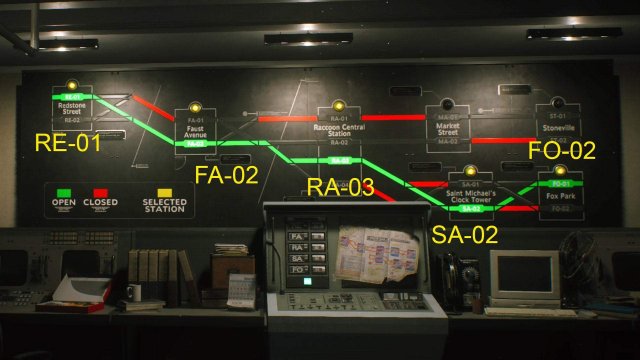 Below is a map featuring the locations of all three fuses. For a more detailed breakdown, read everything below.

The single door in this room is locked. Instead, head through the double door on the left of the typewriter. Head straight until you reach the cases stacked on top of each other. Pick up the Explosive A here. Then, drop down. You’ll notice Nicholai is watching. There’s only one way to go from here. Head to the platform behind the dead bodies.

Interact with it and Nicholai will kill the power in the area. You’ll see on the wall to the right, there’s three missing electrical fuses. We need to collect them to bring the power back on. Head back out into the main area and a new enemy known as a Palehead will drop to the floor. This enemy isn’t super deadly — it attacks like any other zombie — but it does not go down easy.

After taking down that zombie, pull the lever and it’ll bring another platform down. Step onto it and pull its lever to go up. Head forward to find Fuse 3. 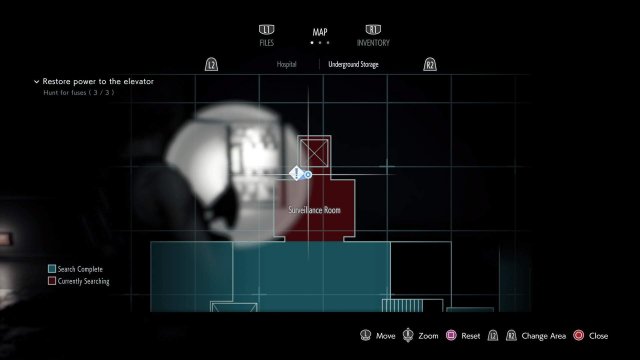 To your right are two crates with some Shotgun Shells and some Gunpowder inside. After grabbing those, head to the left of where we found the fuse and go down the ladder. Go down the corridor immediately to the right to find some Handgun Ammo then continue past the ladder. You’ll be ambushed by some zombie dogs. A single headshot with the Shotgun will take them out.

Head forward and take a left when you can. An explosion will occur preventing you from going forward to the left. Instead, go forward and take the only left you can take. Take out the zombie here and move forward. You’ll seemingly reach a dead end. Look a tad left and you’ll see this below. Go through it.

Grab the Red Herb on the ground and make your way toward the right. Feel free to press the lever here but we’re going to go up the stairs first. At the top of the stairs is a door. Go through it and prepare to take out three zombies inside. You’ll find an Employee Memo and some Shotgun Shells. Head forward to unlock a door. This door leads back to the Safe Room from earlier.

Head back into the room we were in and take the door immediately to your right. Go down the ladder. You can only head forward so let’s do that. Grab the Gunpowder and prepare to be rushed by a Hunter. Three shotgun shots to the face should do the trick. Head toward the red light to find Fuse 2. 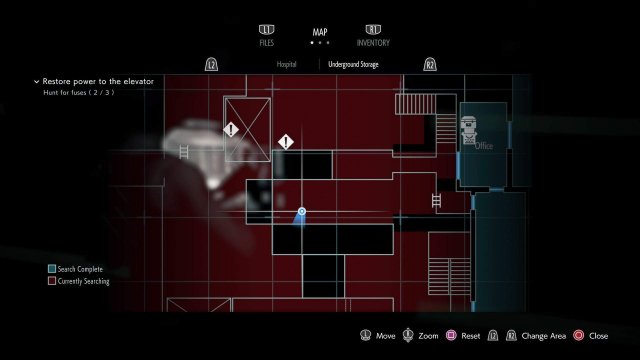 Now, head back up the previous ladder and go through the room, down the stairs, and to the platform whose lever we pressed earlier. Don’t go up the platform just yet. Go forward toward the corner on the right and you’ll find a silver case with a Shell Holder for the Shotgun inside. This increases the shotgun’s reload speed.

Now, pull the lever on the platform and head up. Behind you is some Handgun Ammo. To the right is the door we went through earlier that leads to the room with the three zombies inside. Head forward down the pathway we haven’t been on and pull the lever.

This will bring a new platform up. Head to it and go left to find some High-Grade Gunpowder. Head down the ladder to the left. You might be hearing some noises from creatures and zombies alike at this point. Head toward the right and prepare to be ambushed by six zombies and a Gamma.

If you have some Mine Rounds, consider laying those about this corridor to lessen the load. With them dead, head into the chamber the zombies came out of to find one High-Grade Gundpower and two regular Gunpowders. Now, grab Fuse 1 from the electrical box glowing red. 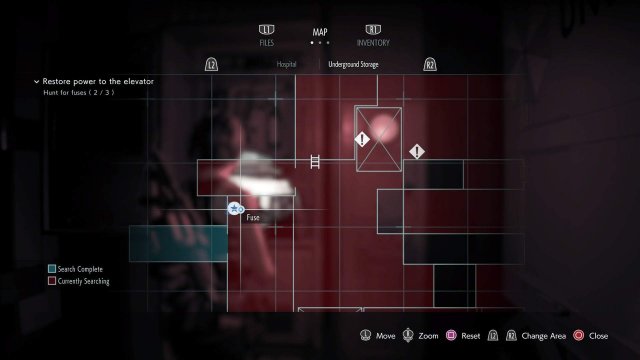 Inside the NEST Lab, you’re tasked with finding specific materials within the lab that can be used to synthesize a vaccine for the viral outbreak.

When you get down here in the lab, you’ll notice that the doors on your right are locked so head forward through the door that’s green. This is a Safe Room. On your left is some High-Grade Gunpowder and on the right is a Green Herb. Ahead is a NEST 2 Employee Regulations note. You’ll also get a NEST 2 Map. Save and do what you need to do and then head back out. Go up the stairs on the left.

When you can, head down the corridor up here on your left. There will be a zombie slumped on the wall. Attack it now because it’s still alive. Continue down the corridor and kill the zombie laying down. Search it to find Isaac Graves’ Diary. The crate next to the zombie has some Shotgun Shells inside. Head back to the main hall and go through the door on your left. Once inside, go left to find some High-Grade Gunpowder. From there, head forward to find some Handgun Ammo.

On the right side of the room is an Essay on Vaccine Synthesis. It explains that to successfully synthesize a vaccine, you need both an Antigen and an Adjuvant. Combining these two samples creates a potent Vaccine Base. The equipment in this room can process the Vaccine Base into a larger batch of vaccine. This is your new objective.

Go to the computer on the right side of the room (it has a green screen) and interact with it to get a Flash Drive that is actually an Override Key. It’s time to make a vaccine. This key can open all of the doors with red screens that are locked. Head back to the Safe Room. We recommend saving. Exit the room and head forward until you reach a locked door on your left. Use the Override Key to open the door. 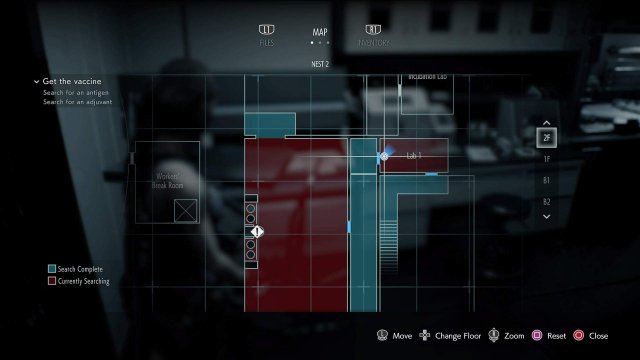 Inside are four Paleheads. Two will be crawling on the ground to your right, one will come down the stairs, and another will slowly walk toward you from the right. Grab the Shipping Notice on your right and then head through the path on this floor to find a Green Herb, some Shotgun Shells, and some Explosive A.

Before going through the door down here, head up the stairs and go through the door. You’ll find some Gunpowder in this room and some Handgun Ammo in the next room over. Interact with the Green Screen in here to get the Culture Sample. That’s your Antigen sample.

Head back downstairs and go through the door we said not to go through yet earlier. To the right is a dead body with the Scientist’s Dying Message. This message will let you know that Adjuvant samples, which we don’t have yet, can be found in the Incubation Lab.

Head left from the entrance to this room and you’ll find a Red Herb. Some Handgun Ammo can be found to the right of it on a table. Loop back around to find a silver case with some Acid Rounds inside. Head down the stairs and ignore the locked door for a second. Head to the right and take out the zombie down here. Then, open the silver case on your right to find some First Aid Spray. Now push the middle red tube in by holding X on PS4 or A on Xbox One. This will open the locked door. 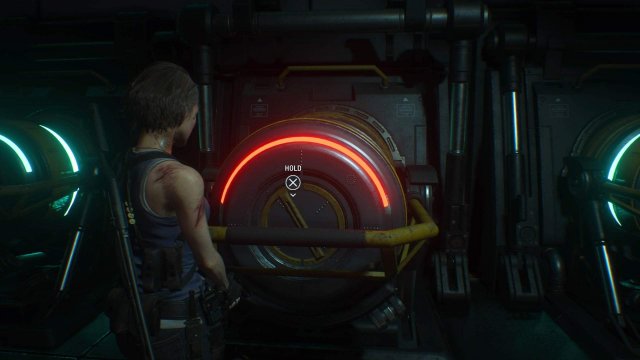 Head through the now-open door and go forward past the first tube. On its backside is a silver case with some Explosive B inside. Head all the way down and interact with the elevator platform to go up. You’ll be where we are below. Head forward and two parasite zombies, a regular zombie, and one of those weird naked zombies will ambush you. Head down to the end of this path and open the silver case to find some Explosive B. Head through the door on the right.

Inside, you’ll find a zombie that needs to be killed, an Expression of Concern note, a silver case with Explosive A inside, some Gunpowder, and a green-lit tray holding a Liquid-filled Test Tube. This is your Adjuvant Sample.