Are You Not Entertained?
Win 50 Free For All matches.

All these achievements can be done in a private match with friends or bots, just set the smallest map (Horror Well) and the shortest match time and you’re good to grind.

Nail’d
Nail 50 opponents with the Piercer.

Self explanatory. The Piercer is the starter weapon

Self explanatory. The Impaler is the weapon that shoots big bullets that get stuck at whatever they’re shot at

Jack the Ripper
Slice 50 opponents with the Ripper.

It’s not rocket science
Explode 50 opponents with the Missile Launcher.

I’ve Got You In My Sight
Snipe 50 opponents with the LightGun.

Self explanatory. The LightGun is the sniper.

Get said kills with the Grenade Launcher.

Self explanatory. The Roaster is the flamethrower

Ram and Pull
Ram an opponent and kill him midair.

Make sure you don’t kill the opponent with the ram and get a strong weapon to take the last shot while the opponent is in mid air.

Gore-Splattered Devil
Kill 25 opponents in a row without dying.

The Zero-G Saws are the secondary fire of the Ripper, the one that shoots saws as primary fire. The Zero-G Saws are deployed by the weapon and won’t move until it dissapears (about 20s later) or until someone goes through them, they only deal about 30-40dmg so you will need a few of them in order to kill someone with 100hp.

This is SPARTA
Push 50 opponents off a ledge.

This can easily be done in the FusRo Arena gamemode while playing in the Mountains in Space map. Just push oponents off of the map with the only weapon you have, the FusRoBeh weapon.

A gentle push
Send flying 50 opponents with the FusRoBeh.

Although this achievement looks the same as the previous, it is not, what you need to do is to kill said opponents with this weapon instead of pushing them off the map. So create a TDM or FFA, find the weapon and kill the opponents, its easier without bots because this weapon only deals a little damage and your kills can be easily stolen otherwise.

Get said kills with the Missile Launcher or Grenade Launcher.

The Men Who Stare at Goats
Don’t expect they will explode for real.

In the main menu go to Goatstumes and stay in there for a minute, literally a man staring at goats.

Goatdivers
Goats bodies are not made for flight. But they don’t know that, so they try it anyway.

Create a FusRo Arena match and choose the Slaughterhouse, then spawn and go to a high point of the map and jump straight into the blood or “bloodpools” to die.

Ragequit Material
Actually, your opponents will complete this achievement for you.

Create a match, doesn’t matter the mode, with friends or bots or join a public server, when you spawn do not kill anybody and let everybody keep killing you. One of us got it after 18 deaths, another one after 14 deaths, maybe there’s something else to keep in mind for this achievement but we don’t know what would it be.

Goatiano Ronaldo
Hit an opponent 5 times with Ram or FusRoBeh without making it touch the ground. 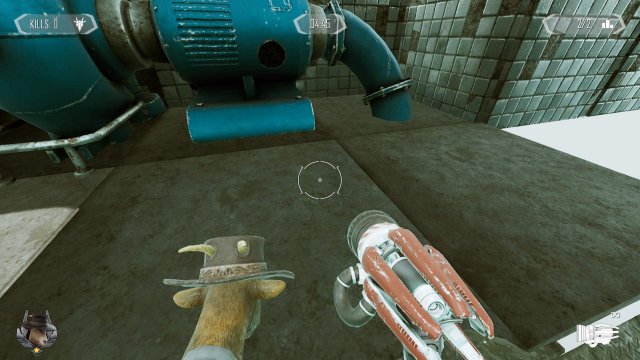 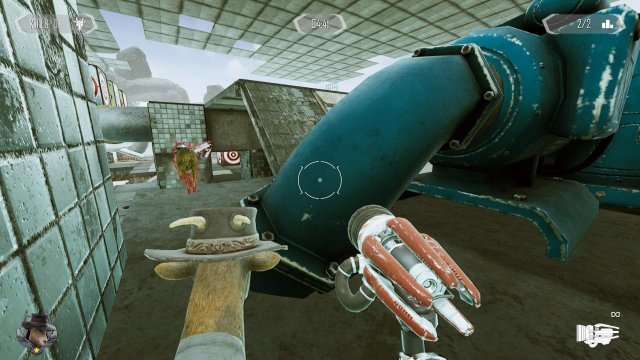 Create a game and choose Fus Ro Arena Mode and then choose the map Death Valley. When you start the game go to this location with your friend and keep shooting until you get it.

About this achievement I got it when I was playing dead (Default key E) for a few seconds. Others say you need to play dead and then kill someone. So far there is no real explanation on how to get it.

Pole in the Hole
Also goats have their special place.

Equip the Impaler and spam primary and secondary fire and eventually you will get it. Someone said to shoot into someone else’s butt, but it’s not 100% confirmed. 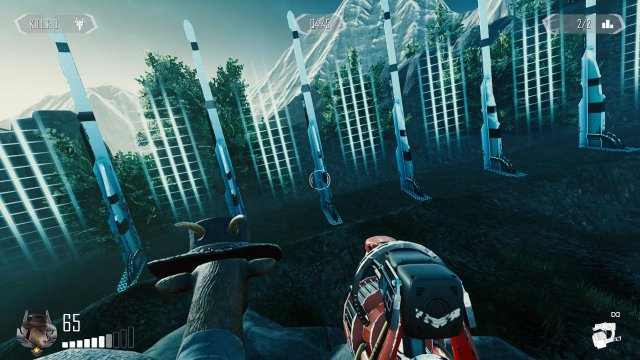 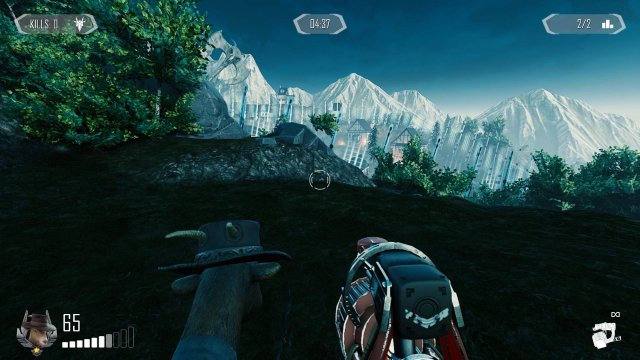 Create a game on Free for All mode and choose Mediaval Village map. Go to the location on the screenshots and then ram and jump over the fence, you might think you will hit it but you will go through it.