The act of venting gas

Despite sounding complicated, it’s actually quite simple. You are asked if you would like to vent gas, to which you respond with “Y”, meaning yes. If you manage to slip your finger to the “N” button, don’t worry. You’re given a confirmation screen which makes it clear that by venting gas you prevent an explosion. It is a good idea to agree and respond with “Y”. 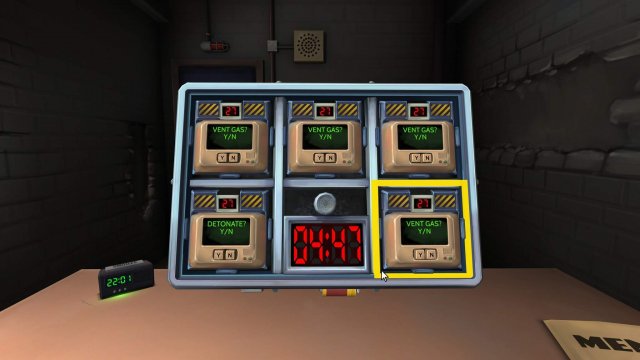 In a Case of a Possible Stalemate

If the screen displays the question “DETONATE?”, press “N” for NO to prevent an explosion from happening. If you accidentally slip your finger and press “Y”, the bomb will detonate.

Note: It is not suggested to have a drinking bird repeatedly press the button.