Defense is something you want to have some form of even if you are planning on being on the offensive. You never know when your enemy will pull a surprise invasion and suddenly your base is left unguarded with enemy units there. If you are playing mainly offensive in a game, leave a few bunkers, AA, AT, and infantry at your base.

If you are playing defensive in a game, then here are a few tips.

Air force and Artillery can make or break and offensive and defense. I’ve had many games where the enemy launches a major offensive but they either don’t use their arty or planes in properly. Most mistakes I have seen is the enemy using their arty and/or planes before an offensive and then calling them back before attacking which gives a defender time to rebuild. The proper way to use planes and arty would be in a combined offensive with their tanks and infantry. The best way to do this would be to start and artillery barrage and while they are firing, send your tanks, infantry, and planes at the same time. This will maximize the damage your opponent gets and will give them almost no time to rebuild and sometimes no time to react.

In a defensive game, the best way to use artillery would be to barrage the enemy units before they reach your units so they will be weaker and will potentially have less men to attack with. Use bombers to destroy bases and supply depots to limit their production capabilities which limit the number of units they can use. This tactic also helps for playing offensive but defensive will probably use it the most. Fighters would be more important in a defensive game because they will allow you to stop bombers before they can do a lot of damage. Fighter-Bombers will also be good for helping pick off enemy tanks and infantry during an assault.

Another thing about Airforce. Never send your planes straight from the airfield to a target. This allows them to be picked off one by one. Instead the best thing to do is have them move to a position above your base and have them circle there until they have all taken off. Then select them and have them move to the target. This allows them to stay in a formation and AA will have a hard time taking them all out. 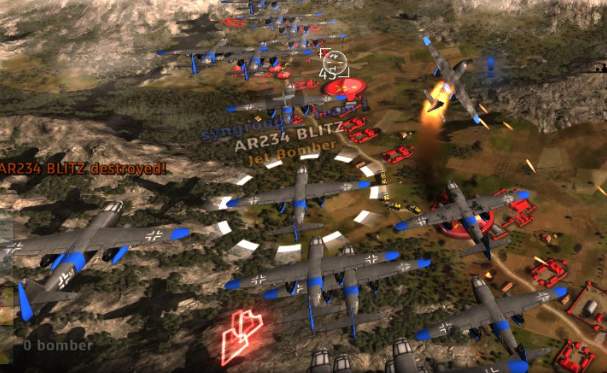 When planning on attacking the enemy, the first thing you have to do is recon enemy positions and strong points. once you have an idea of the type of units and defenses you will be going up against. Plan accordingly. Don’t send a few infantry to attack a Maginot bunker. Instead send a few tanks and maybe have some bombers or artillery waiting incase needed. If you are going against someone who has built up a massive fortified line of bunkers, AA, AT, and other units. The best option would be a Combined Offensive against a section of the fortified line. A combined offensive also works if both players (or maybe the enemy bot) is also going offensive and no defense. If this is the case, follow this guide still but you may need to adjust plans rapidly incase of a counter attack or they launch an offensive. Anyways, back to fighting a fortified enemy. Never attack the entire fortified area at once. If you do your units can become overstretched leading to only a few units attacking an area instead of alot.

The first step in any good offensive will be to move your units into place. To prevent the enemy from learning of where you will attack, use radio silence to hide your force and move some spare units into another area to think you are attacking there. Once you have finished moving units, or maybe while moving units, bring some artillery up but keep it slightly out of range to prevent firing in an area and potentially giving away where you will attack. Once you are ready to attack, get some bombers into the sky (the recommended amount of bombers and artillery you need depends on what you are against.) until they are all circling above. Now, to get the most amount of damage to the enemy, move the arty in range first. Once they start firing, tell your army to move up and as soon as possible, tell your planes to bomb a target (if you don’t want to tell each plane or group of planes what to bomb, turn on auto target buildings and just tell them to move above the enemy). Hopefully the enemy defenses will have crumbled and you can move units into their base.

A Few Other Things

Here are a few other things you can do. 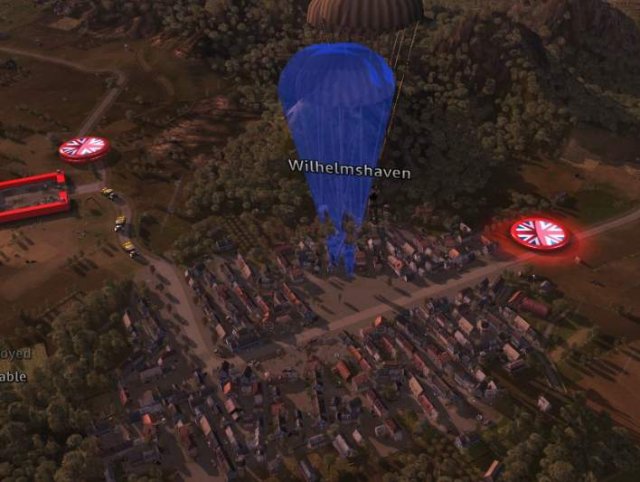