This mining city is located on Tucma, one of the islands in the game.

We’ll break down everything you need to know about this underground city, including where the Temporium is and where the dojo can be found. 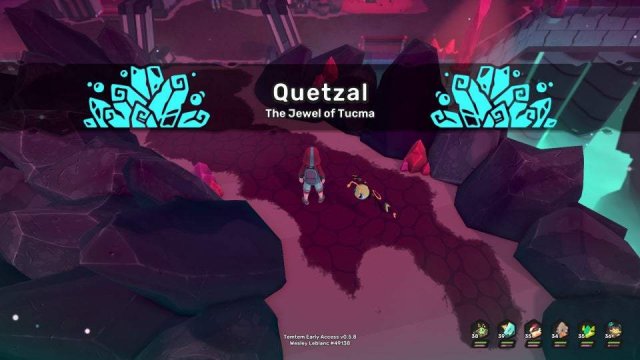 Once you’re in Quetzal, guards will approach you and ask you a question about a running fugitive. Choose any answer as it doesn’t affect the outcome. If you head right once in the city, you’ll reach a dead end and a door that won’t open without the answer to a riddle. You can’t solve this mystery just yet. 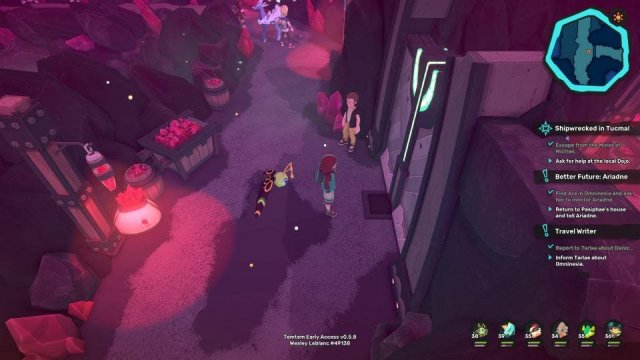 Head back to the city and head left. Feel free to explore the buildings at the front of the town, although don’t expect any tamer battles or chests. If you follow the path that goes left, you’ll eventually reach the Temporium of Quetzal.

Go right from here and you’ll reach the city’s square. 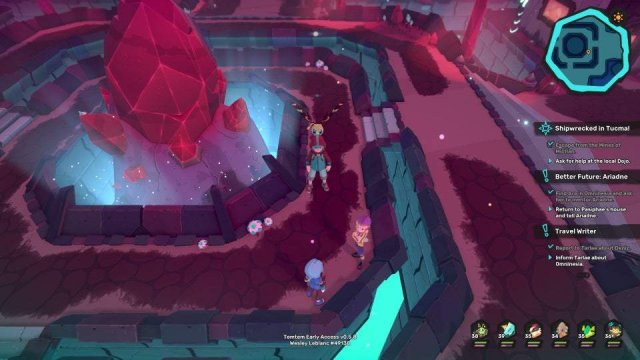 If you go right from here, there are some more houses to explore although again, don’t expect to run into any tamers or chests. When you’re ready, head north from the city square. At the fork, head left to find the clothing store. Continue left to find another house with an NPC inside and some guards at the end of the lane blocking you from leaving Quetzal out that path. 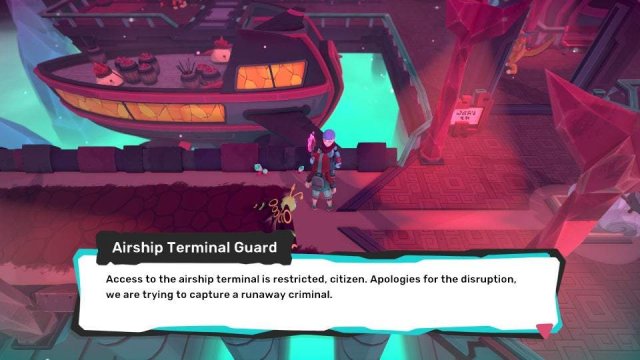 If you go to the right side of this fork, you’ll find some houses with NPCs who don’t want you, a hooded figure, in their house. You’ll also find an airship port but a guard will stop you from going any further.

Go back to the fork and head north until you reach the Quetzal dojo. Prepare for Dojo Battle: Yareni. 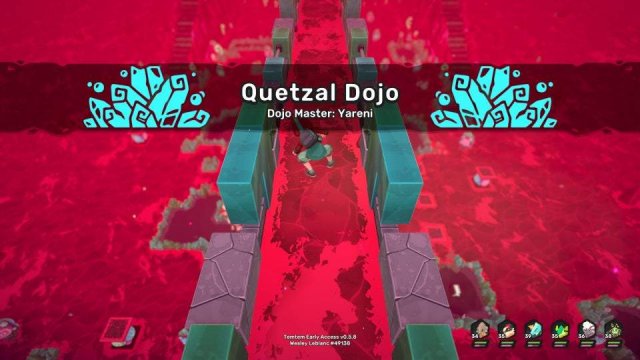 Temtem – How to Beat Sophia (Without Any Coins for Potions)

Temtem Guides: Breeding Guide. Simple Strengths and Weaknesses Chart. PC Keyboard Controls (How to Remapping Keys). How to Defeat First Dojo. This simple guide explains how to beating Sophia in […]

Temtem Guides: Breeding Guide. Simple Strengths and Weaknesses Chart. How to Beat Sophia (Without Any Coins for Potions). How to Defeat First Dojo. This guide show main keyboard controls for […]

Temtem Guides: Breeding Guide. How to Beat Sophia (Without Any Coins for Potions). A Better Future Side Quest Guide (Phaedra, Asterion, Ariadne). How to Play Temtem in Your Smartphone / […]