Journey to the Savage Planet Guides:

Things it Doesn’t Tell You

Use your Compass: Though always present at the top of the screen, the game rarely mentions the compass, or how useful it really is.

You Can Lose and Retrieve Your resources: Death is not permanent on AR-Y26 but losing your resources can be! Luckily if you die in battle with wildlife or a huge fall, you will be printed again back at the Javelin albeit without your collected resources. If you return to where you died, around the area there should be a box containing all your lost resources. 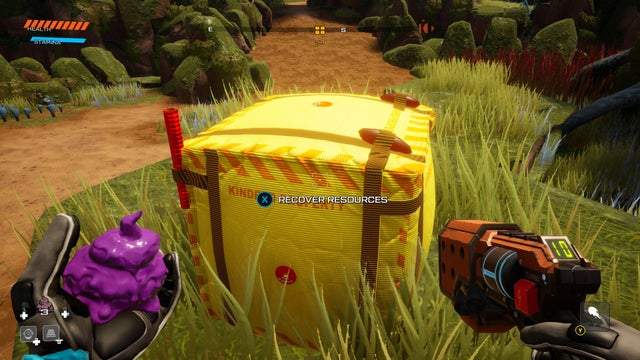 Occasionally if you plummet to your death from large height, returning to where your body lands will allow you to bury it for a little extra resources. 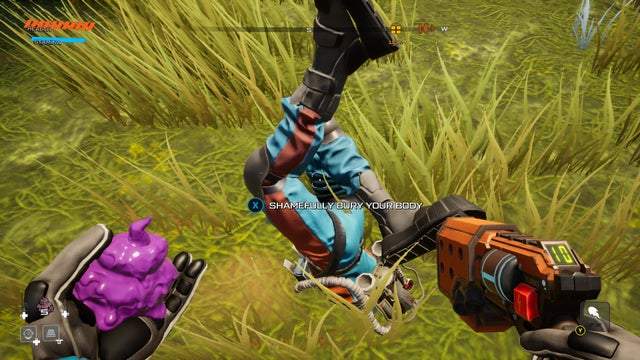 Return to the Javelin Often: To avoid situations where you have to recovery large amounts of lost resources, you can head to the Javelin frequently to “bank” those resources. Just stepping foot on the Javelin will add to its reserves and allow you prevent resource loss…or at least some of it.

Take a Break from the Primary mission Sometimes: Don’t let the primary mission stop you from exploring! AR-Y26 is a fascinating planet with many different creatures and wildlife to discover. Discovering wildlife can also provide new upgrades for your Javelin to Craft, making your adventures on AR-Y26 even easier.

Wildlife Can be Friendly: Not all wildlife on AR-Y26 is out to hurt you (though plenty are!) some can be used as resources and fed to create more resources then they would have produced if murdered! Try feeding one of these buggy eyed babies.

Journey to the Savage Planet – A Higher Calling Quest Guide