Nanga is the next step in your Temtem journey. It’s a city of treehouses connected by bridges covered in years and years of nature. It’s a nice, bright green, especially when contrasted with the pastel colors of Deniz.

The first thing you should do in Nanga is head to the northern portion of the city where the Temporium is. Heal your squad here so the game remembers this as the last Temporium you visited so that if your entire party faints later in the area, you won’t be transported back to the Narwhal. 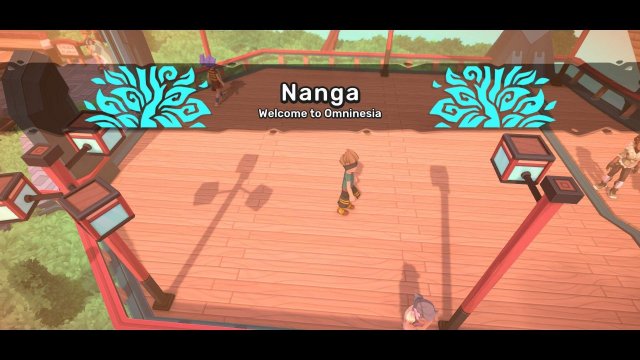 Then, head southeast into a building filled with NPCs behind computers. Go the the NPC in the southernmost portion of the building and talk to them. They’ll give you Blueprints, which you’ll need later for something. She’ll also give you a Lightning Rod, which reduces Electric-type attack damage by 20%. 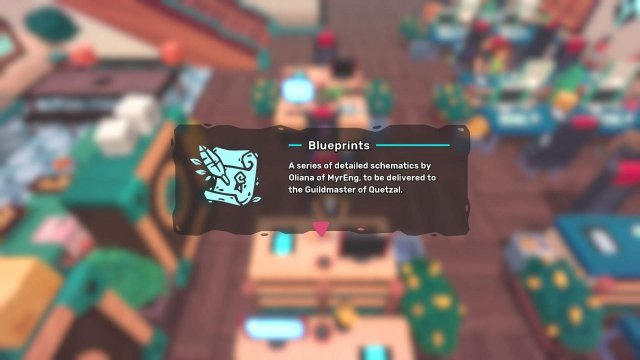 From here, head west until you reach the Nanga Residential area. There are three houses in this square: one to the north, one to the west and one to the east. There is an NPC laying on a couch with a leg in a cast in the eastern building that will give you the side quest: Travel Writer. Because she wants you to tell her about Deniz, which is a place you’ve already visited, walk out of the building and then return to her to complete the first part of this quest. She’ll give you a Lure.

If you follow Nanga’s pathways north from this building, you’ll reach the Dojo but you’ll be told the Dojo is closed. Instead, head back south until you can go west. This will take you to the Canopath, which is the next step in your journey: Find Rawiri at his Dojo in Mokupuni.