Ways to protect your settlement from being captured by the enemy.

Several recent updates to the game were aimed at helping the player to hold captured settlements.

This means the enemy arrival from the fog of war will no longer be a surprise. You can even speed up the detection of the enemy on the horizon: moving around green tiles does not consume action points – before attacking the enemy, have a walk along the border of the green zone and only then go to attack the chosen target. This way you scout the slightly larger territory.

At an early stage in the game, consider learning all talents in the branch ‘Heroic Logistics’. This will add up to 60% to your hero’s movement range and plus 6 to Initiative in combat. Then you can always redistribute the learned talents an unlimited number of times.

If possible, do not capture settlements deep in enemy territory before capturing all settlements in your rear. Enemy heroes can only be born in enemy-owned settlements.

Every 4-5 levels, visit all garrisons to train your troops. If you do this in one journey, it will not take much time. At the same time, you can buy useful items in the shops, as over time the assortment is restored. Another serious reason to visit cities is that any dead unit in the garrison the next turn (a day in the game) will be resurrected for free.

If you feel especially generous, you can use items with buffs (potions, books, food) on the garrison troops. The effects will not disappear before the next battle. To use items, temporarily drag units from the garrison to your squad. It will not be possible to drag the Vicereine, as she never leaves the protected settlement.

At level 15, you can break to teleports through the guards. The teleport system will save a lot of traveling time and help to intercept enemy heroes before they attack your settlements. Using the teleport takes all action points away, so it doesn’t matter if you have finished your turn next to the teleport or in 10 tiles. Using a teleport, expect that an enemy squad similar to yours in strength will be waiting for you at the exit. And if in doubt about your strengths – you better wait a couple more levels. 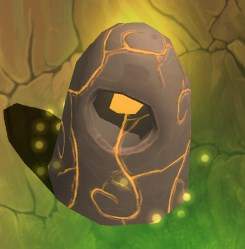 Might is Right – How to Pump a Low-Level Mercenary?

Might is Right Guides: Basic Guide (Tips for Starting). How to Quickly Increase the Size of Your Squad to the Maximum. How to Keep Your Settlements Safe. How to Defeat […]

Might is Right Guides: How to Quickly Increase the Size of Your Squad to the Maximum. How to Pump a Low-Level Mercenary? How to Keep Your Settlements Safe. How to […]