Let Your Hero to Be Greedy

The squad size depends on the hero level (the hero never leaves the squad). The hero begins their adventure with one mercenary. At the second, fifth, eighth and eleventh levels, the hero increases the size of the squad and can add one more mercenary to the squad. The appearance of an additional mercenary affects the strength of the squad even more than talents.

If you attacked an enemy who has a Troubadour, Trobairitz or a Herbalist, try to get rid of the enemy Damage Dealers first. After that, command everyone, except your hero, to leave the combat (button in the left top corner). Once left alone you can deal with harmless healers and buffers.

The amount of accrued experience will pleasantly surprise you. 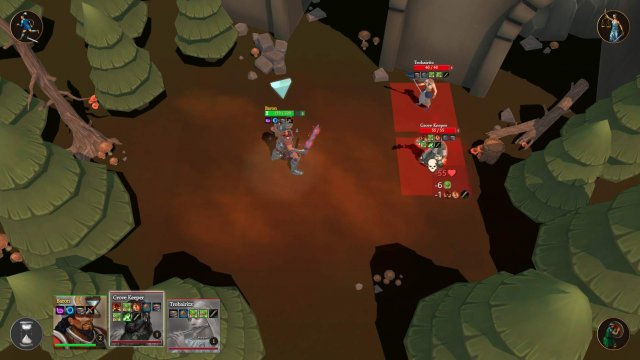 If you got the ‘Potion of Dicer’, ‘Potion of Gamester’ or ‘Potion of The Gambler’, then use them on your hero in such combats. 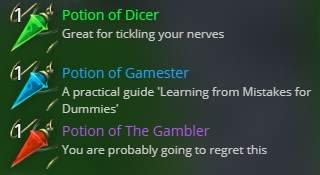 Before you drive your mercenaries out of combat, evaluate whether your hero’s Damage outweighs the enemy Heal. And if in doubt, then share the experience with a mercenary who can help you with their Damage. Hero-healers cannot deal damage and always need such help.

In order not to have to share the experience with someone, consider a pumping scenario for the hero, when the hero learns only talents with Damage. Later, you can always redistribute learned talents an unlimited number of times using the ‘Book of Oblivion’.

Having received an additional mercenary in the squad, you will be amazed to see how confidently you start dealing with enemies that were ‘yellow’ a couple of turns back.

Might is Right Guides: Basic Guide (Tips for Starting). How to Quickly Increase the Size of Your Squad to the Maximum. How to Pump a Low-Level Mercenary? How to Play […]