Ever wanted to become the god of LBS lobbies? Ever wanted to show those mean robots who’s boss? Maybe even just want to gain a new skill? Well have I got news for you! I have hand created a guide specifically for those who want to learn the weapon with the biggest learning curve in the game. That’s right, the bow. This guide will describe in-depth on how to become a god at the bow, how to work your way up, manage your energy, so on so forth. So, let’s just get right into it! 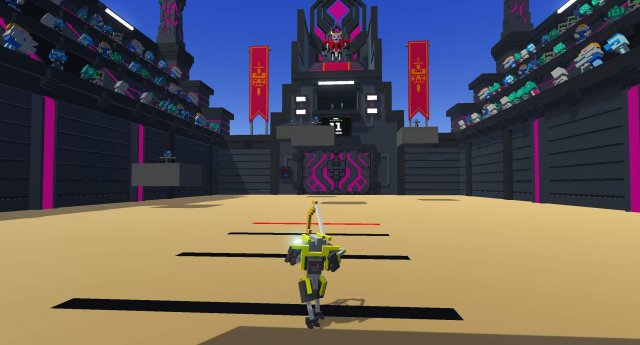 If you’re a pro you can skip this segment.

The bow in CDDZ is quite uniquely structured compared to bows in other games. The bow has no drop whatsoever, but has slow moving projectiles that require an insane lead to hit something far away. It’s, to put in short, easier said than done. So, in order to use the bow to it’s full potential, you must understand the basics of such a weapon. First off, you must understand how much energy the bow uses per arrow. As of now, each arrow costs half a bar. Before firing your bow, always check how much energy you have, as you also want to conserve energy for dashes just in case. I’d recommend firing when your energy reaches at least 2 bars. If your energy reaches at least 3 bars, you are safe to bow spam. Bow spamming is when you fire arrows at an inaccurate, yet extremely high rate, which effectively turns you into a machine gun. If your energy is any higher than 3 bars, you can do anything you want with the bow, especially if you have %50-%100 energy recharge. The basics of the bow end here however, as it’s not a complicated weapon to pick up and figure out. The hard part is learning it. Which begs the question: “How do I learn the bow?”

How to Practice The Bow / Get a Feel for It 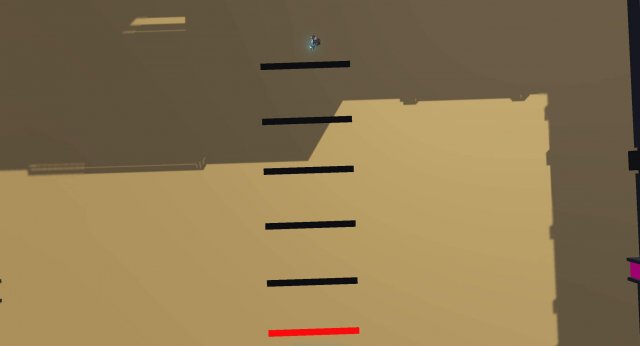 Now, with there being 7 billion people in the world, there are bound to be people who will debate the best way to practice your aim using the bow. But, in my opinion, there is one extremely user friendly thing that everyone should use to practice… Shooting ranges.

You can put whatever you want in your shooting ranges, but there should be at least these three things just to make sure you are getting your practice in. 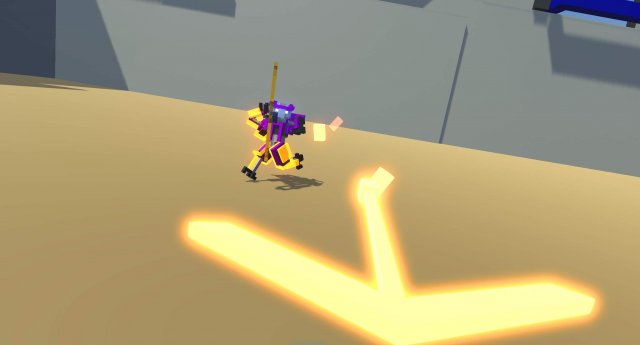 Get creative with it! Try to create unique obstacles that you could practice for specific scenarios. Create a jump pad arena that you could fly around in and shoot idle bots, maybe even an obstacle course that slowly deconstructs itself while you run it. Try anything you want to in your shooting range, it could benefit your skill with the bow after all. Which, at this point, is all you’re trying to achieve. Now, do keep in mind that when starting you should not put on the fire arrows upgrade, but rather the 300% arrow width upgrade. This forces you to actually try to hit the target more than once if the first arrow didn’t kill it. As you practice more and your confidence rises, downgrade the arrow width until it’s just the stock arrow. By this point you’d have practiced so much you could pull a high noon on any arena of bots you enter. Now that you have acquired the skill to use this beast of a weapon, it’s time to put your skill to the test.

Practice in the Arena 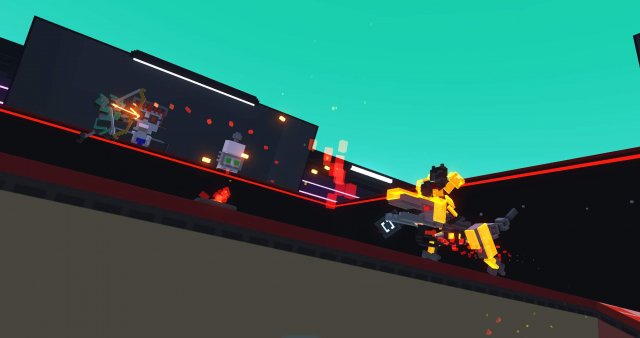 Now that you have learned the basics of the bow and have practiced in a simulated environment, it’s time to bring the bow into the arena. Quickly you will realize that the bow is a weapon that isn’t applicable to every given situation. Because of this, it is recommended by me that you always carry a melee weapon with the bow. Only using bow could deplete your energy extremely quickly, especially early game, so it’s a good idea to keep one other weapon on you at all times (I’d recommend the sword because of it’s ease of use in tight situations). Because of this limiting factor, you are now forced to learn not just how to use it, but also when to use it. If you have a crowd of bots, archers on pillars, a fairly distanced kick bot, raptors of any kind, overseers / captains, every fleet bot (except logistics), MK3 and MK5 hammers, and any jetpack bot, you are best suited by whipping the bow out. The ranged attack of the bow takes away a huge risk of dying, especially against the enemies I mentioned above. The fact that you aren’t close enough to gamble your body to a sword robot is a game changer. The reason bow is a better option against the following mentioned above is because:

With this in mind, all that’s left is to shoot what’s in your path and switch back to your melee when needed. Now remember: don’t shoot at anything that has block arrows or is too nimble and can easily dodge you. it ends up being a waste of energy. After you have every realistic scenario memorized and are ready to defend against them, you can now move on to the hardest mode to practice your bow skills in. This will by far take the longest to master and will take the most self punishment out of all the sections. Any online gamemode. Specifically, LBS. 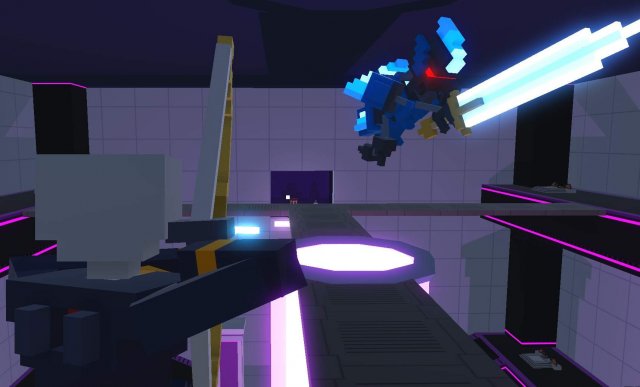 This section will be represented by mine and others experiences in LBS and duels. Now, I’m going to split this section into two parts: The skill needed, and Latency, starting with skill. Now, since you have entered online, you are going to have to face many people. It is important to figure out what kind of upgrades these people posses. You need to be prepared for anything, as since these are real players, their attack patterns can’t really be memorized. People try to switch up their patterns in order to stay alive and unpredictable. It is because of this that you must figure out what kind of upgrades the person you are fighting has. Sometimes, depending the upgrades, you just can’t engage them with a bow. Doubling back to the unpredictable movements everyone tries using, you are going to have to use your bow at closer ranges than to the bots in the arena because everyone will be expecting you to fire. You must work hard at immediately seeing how people play. Take this chance to manipulate your aim to fit their movement style. As long as you are fine at hitting things after practicing at the shooting range and in the arena, you should also be fine here as well. Now we move on to latency. Latency makes archery in some online matches hell. 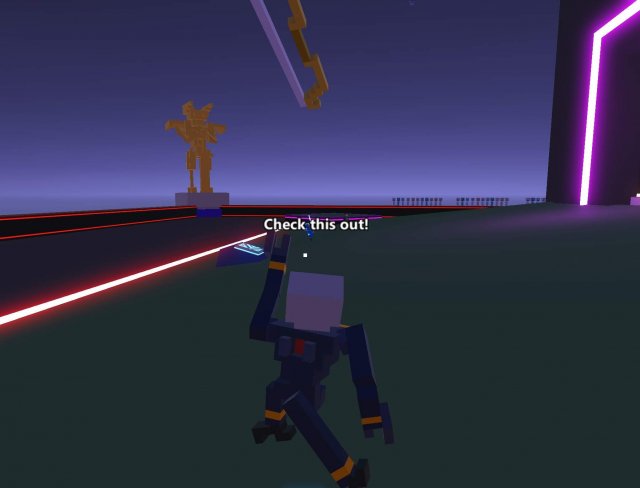 If your ping is above somewhere around 135, don’t even try archery. Your arrows are likely to phase through an enemy. However, when you and your opponents ping are below 90, arrows have a much better time registering and counted as hits. But, there still is latency, meaning there will be a delayed hit and a mark next to where the arrow hit. As you may have guessed, this could either be a major help or a huge obstacle. With how latency effects arrows, you’d think more people would be complaining. But no, mainly because the arrows still work as intended 95% of the time. Combine your skills learned here with the latency and you could still hit some insane shots. Trust me, if I can do it, you can too.

Clone Drone in the Danger Zone – Beginners Guide (with Tips)

Guide on clone drone. Took me 600 hours to get here but i’m finally making a guide. I will TRY to be unbiased. Guide ContentsIntroSingleplayerMultiplayerSwordBowHammerSpearLast Bot Standing TipsUpgradesLevel Editor Intro […]